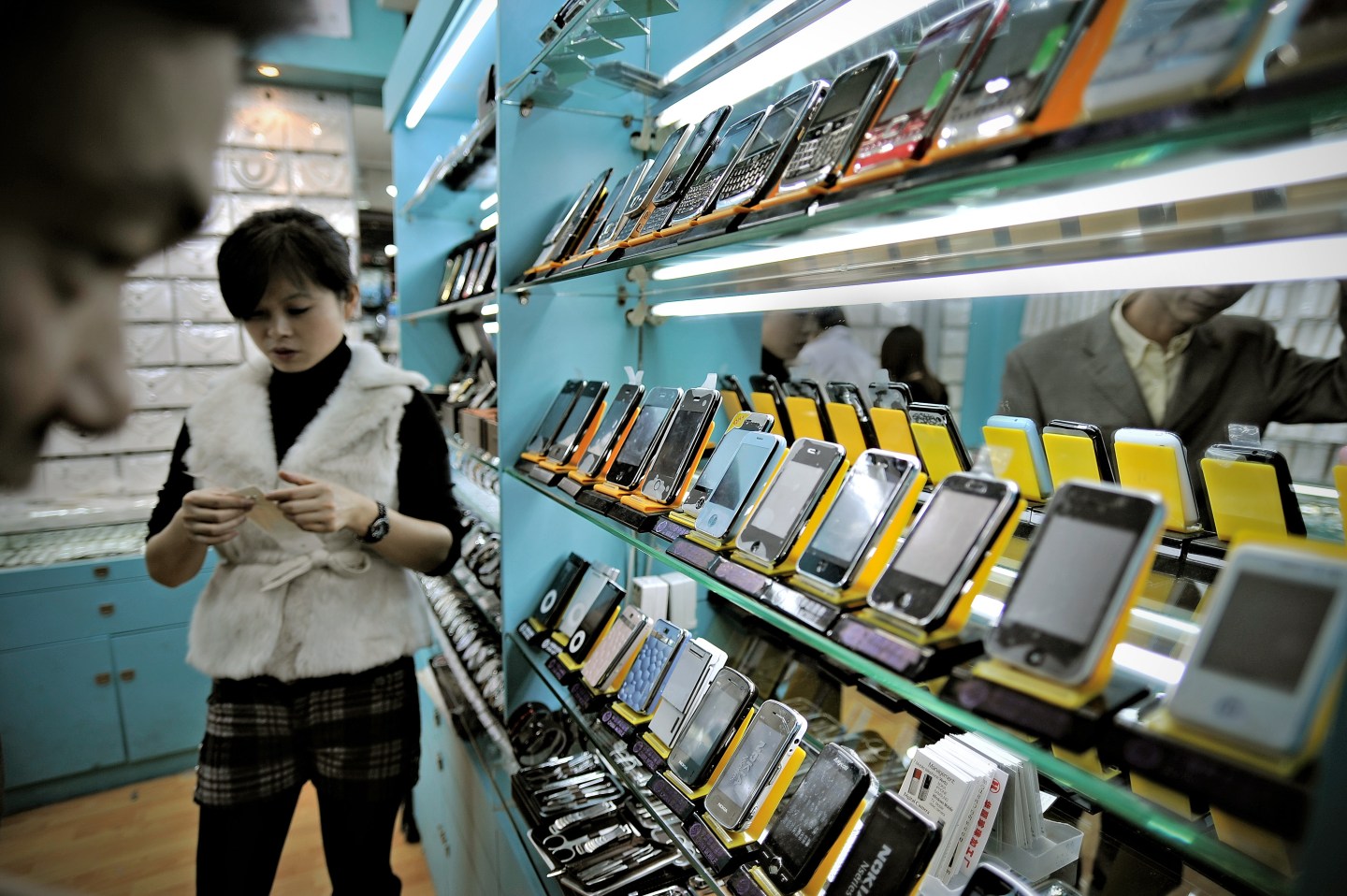 A man looking at fake iPhones displayed in a shop at a market known for counterfeit US goods and housed in the metro station connected to the Science and Technology Museum in Shanghai.
Photograph by Philippe Lopez—AFP/Getty Images

China’s reputation for producing counterfeit goods has come up again after police in Beijing busted a company that made and exported more than 41,000 fake iPhones worth as much as 120 million yuan, or $19.4 million, in this year alone.

Police have arrested nine people, including a married couple who were the alleged leaders of the counterfeit ring, after a raid in May on the factory, which was disguised as a gadget maintenance company, according to a statement posted online on Chinese social media site Weibo and in a report by Reuters.

The couple bought second-hand components and fake parts with Apple logos from the manufacturing hub of Shenzhen, and then hired hundreds of workers to reassemble them on six production lines. Some of these fake devices landed up in the U.S., where authorities discovered their presence and alerted Chinese counterparts.

As detailed by The Wall Street Journal, this case is exceptional for its scale and reach. It also buttresses fears that the country has not properly dealt with issues of producing and reselling near-exact replicas of original goods. In 2012, the International Chamber of Commerce estimated the global value of all counterfeit goods reached $1.7 trillion, and China alone accounted for 70% of all counterfeits seized globally.

This is not the first time Apple (AAPL) fakes have been uncovered. In 2011, trade officials found 22 fake Apple retail outlets in the city of Kunming, with such close resemblance that staff working in the fake shops thought they were working in a real Apple store. The country is of critical importance to Apple: in the most recent quarter, revenue in China grew 112% from the previous year to $13.2 billion, and the Greater China region is Apple’s second largest market after the U.S.