Airfares will drop to record lows this fall 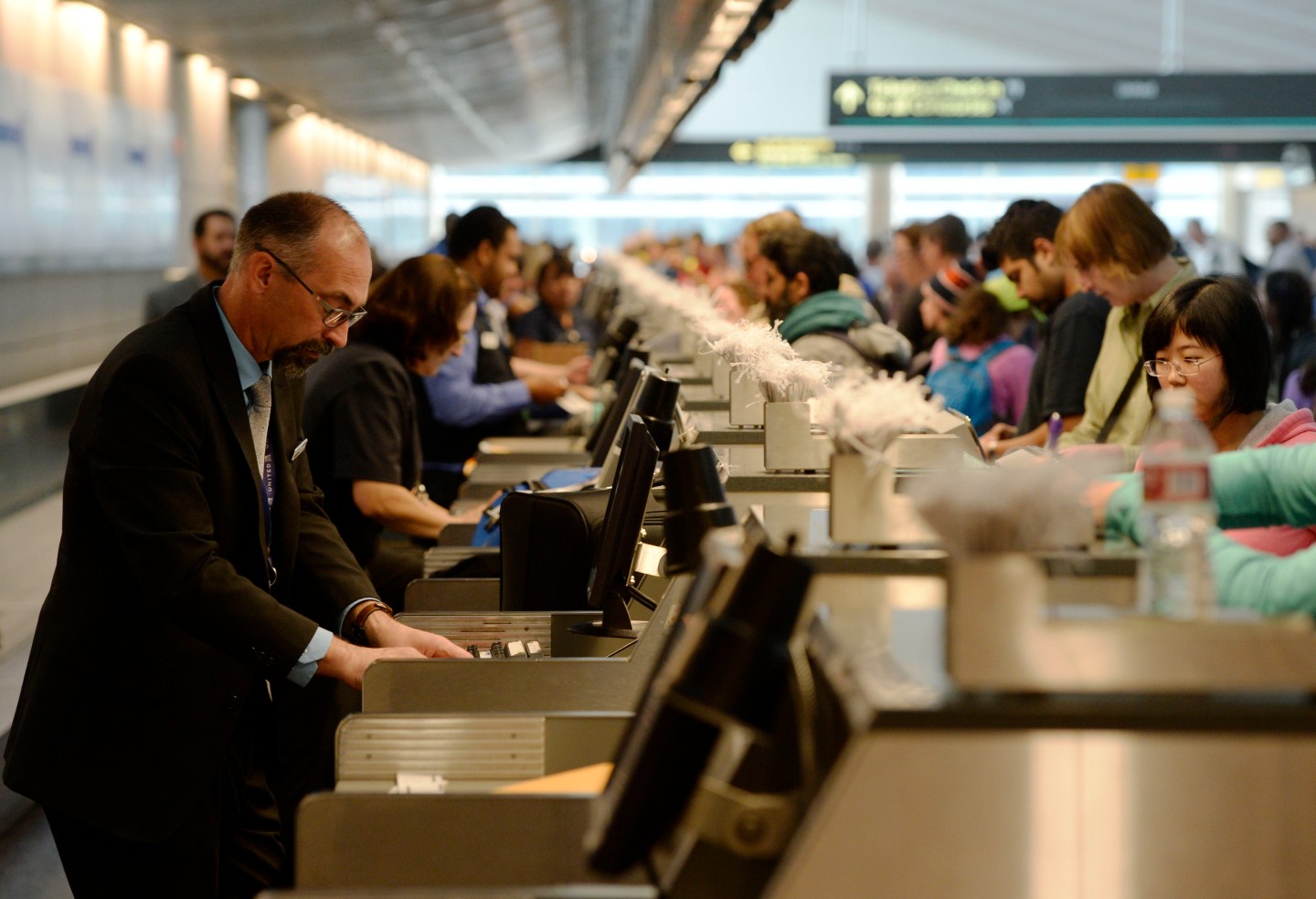 The price of an average round-trip airline ticket will slip to $244 next month, about 5% lower than the same time last year, according to a new forecast by Hopper, a Montreal-based company that analyzes airfare data.

“Typically, prices will fall during the latter part of summer before stabilizing in the fall and early winter,” explains Patrick Surry, Hopper’s chief data scientist. “Since this summer was cheaper than last summer, we expect prices to remain lower than last year through the rest of this year, returning slightly closer to normal by the end of the year.”

Hopper’s prices are calculated differently from the way the Department of Transportation (DOT) reports airfares. The government takes an average of all tickets, including expensive last-minute tickets which usually are purchased by business travelers. The government’s numbers suggests airfares have risen steadily since 2009, nearing an average of $400 per ticket at the end of last year. Hopper represents what leisure travelers should expect to pay by excluding business, first class, and any very expensive coach tickets, such as those purchased at the last minute.

So what’s driving prices down? As is always the case with airfares, it’s complicated, and a number of factors may be at work.

Most of the declines are seasonal. Prices normally drop after the summer. But that doesn’t entirely explain this year’s dramatic declines. “It’s noteworthy that the typical fare is still 3.9% below July 2014, when it was measured at $272,” says Surry. “Prices this year are still well below last year’s levels, and we expect consumers to continue to find better deals through the rest of the year.”

Higher fares would be bad for business in the short term. The Department of Justice is currently investigating the major airlines for possible collusion. That may be factoring into the industry’s pricing decisions. Higher fares could prove the government’s point, that competition has been squeezed out of the system and that airlines are working in tandem to drive fares higher.

Low energy costs. Energy prices continue to tumble, which means one of the airline industry’s biggest expenses is not so expensive. With oil prices flirting with the $40-a-barrel mark, airlines can certainly afford to lower their fares without also losing money. Oil prices exceeded $100 a barrel as recently as last July.

Who really wants to fly? Perhaps the most difficult piece of the pricing equation to predict is demand. Simply put, people buy fewer tickets when the kids go back to school, and they start booking just before the winter holidays. If demand is falling lower than the seasonal levels, the reasons might not be obvious. Are more travelers driving instead of flying? Has the “hassle factor” become too much for some passengers to bear?

Hopper’s airfare index combines search data for every origin and destination in the United States to offer a near-realtime estimate of overall airfare prices. Its previous estimates have been within 1%, or about $5, of the actual fares. So while Hopper’s research may not tell us why prices are falling, it’s a pretty safe bet that they’re going down.

And that’s good news, whether you’re flying to a business meeting or your next vacation.