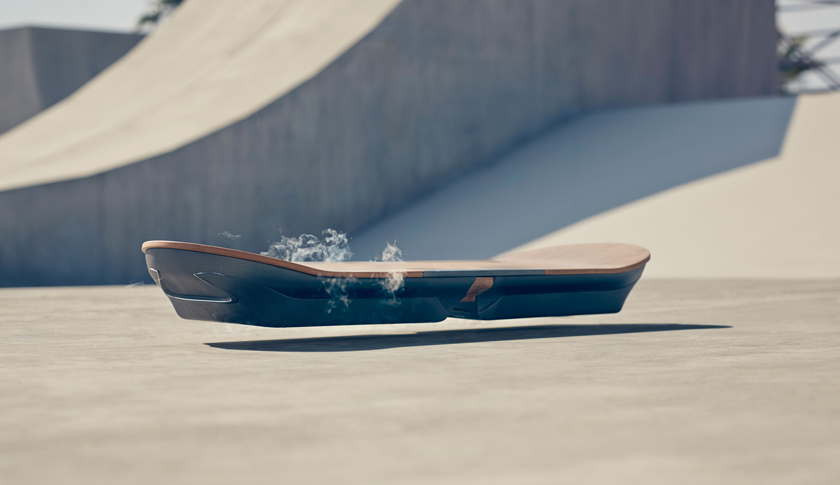 Ever since the dawn of the motor vehicle, dreams of empyrean automobiles have stirred the popular imagination. The phrase has become shorthand for innovation, but also an emblem of a future that never came. As venture capitalist Peter Thiel famously lamented, “We wanted flying cars, instead we got 140 characters.”

But now that future may be closer than most people realize. In the past month alone, the U.S. Department of Defense partnered with a U.K.-based startup to assemble a Star Wars–esque hover bike in Maryland, Toyota’s (TM) European Lexus division unveiled a Back to the Future II–style hover board in Spain, and a Dutch engineer built a levitating drone-throne in his backyard.

There are actually plenty of car variants out there that will get you from point A to point B without touching the ground. The problem is they function only on a very small scale. High costs, regulations, and physics have prevented anyone from making more than a few vehicles, or going very far on them.

There’s reason to think that could change, though, says flying-car evangelist Paul Moller. Amazon has successfully lobbied for looser restrictions for flying and testing commercial drones. Lightweight, superstrong carbon-fiber materials are becoming significantly less expensive thanks to economies of scale. And the cost of flight-stabilizing computer systems has nose-dived now that the drone craze has taken off.

These developments have contributed to an air-saturating excitement in the field. Moller, an aviation expert—and depending on whom you ask, a modern-day Don Quixote—has spent decades trying to get his “Moller SkyCar” off the ground. (It flies, but not that far.) He’s still optimistic, he says, despite having sunk $200 million into the project and not yet having a model on the market.

In the near future, Moller says, the technology will evolve from a rich man’s hobby to a means of transport for family vacations. He gives it about five years for flying cars (rentals, mostly) to become mainstream. Whether or not that happens, it’s nice to know they exist, if only in the backyard.

A version of this article appears in the August 1, 2015 issue of Fortune magazine with the headline “Why we’re still waiting (and waiting) for flying cars.”