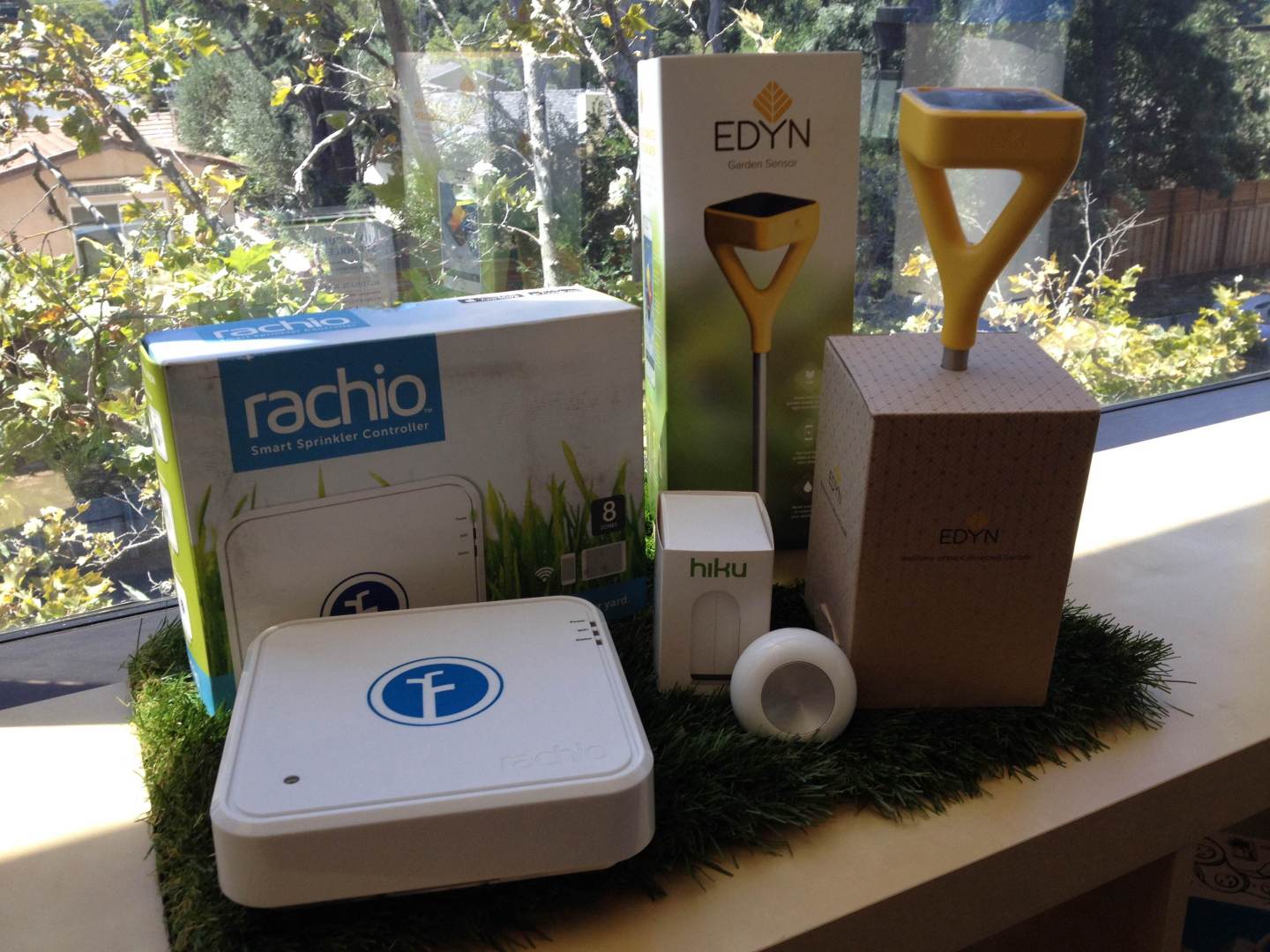 If you want to connect your device to the cloud you have to build in some way to access the Internet, and that’s actually not an easy task when you’re starting from scratch. For example, when Rob Katcher, CEO and Founder at Hiku, was building his Wi-Fi connected fridge magnet he had designers and engineers who had worked at Palm and helped build its famous Treo, I’ll wait while those of you who are under the age of 25 go look it up.

But he realized that to add connectivity to his device, which records a consumers’ spoken shopping list and keeps it in the cloud or sends it to a grocery store, would require a wireless engineering team. That team would need to handle the Wi-Fi modules, antenna design and the software associated with the radios and then with linking the device with a cloud back end: all of that would take time and money. So instead Katcher went to Electric Imp, a Los Altos, Calif. startup that offers a module companies can pop into their product that gives them a radio and the link back to a cloud.

It’s like Amazon for the internet. Add it and your product is connected. “We estimate it saved us about 6 months of development time and about $200,000 in costs,” said Katcher of the decision to use Electric Imp. Others startups’ products such as Rachio, a connected sprinkler and Edyn, a connected garden sensor and watering valve also are built on the Imp. For Electric Imp, which has raised more than $23 million from Chinese contract manufacturer, Foxconn, PTI Ventures, Rampart Capital, and Redpoint Ventures, the hype around connected devices has been a long time coming. The company was founded in 2011 by Hugo Fiennes, a former engineer at Nest and Apple who saw big potential in helping others build beautiful connected devices.

The firm is moving beyond its decidedly startup and engineering roots to a slightly more corporate feel. As part of that, it has introduced new products and features that let customers build connected devices that can connect to Amazon’s cloud, a private cloud or — coming in 2016 — to a customer’s own hosted cloud. The last two options make larger customers feel a lot more secure. The latest product also has a faster processor and dual-band Wi-Fi, much like the latest generation of phones, which means it can hop from one crowded Wi-Fi frequency band to another, ensuring that connected products are bit more robust and less likely to go offline.

According to Cybex, the makers of fitness equipment found in hotels and gyms around the world, connecting their machines was more about maintenance and helping its customers keep their machines working. Bill Pacheco, director of engineering and product design with Cybex, said that he had met the Electric Imp folks at a meeting in California on the Internet of things where he was asked what he could do with data from his machines.

Since connecting exercise equipment to the Internet was a fairly easy project, the challenge was figuring out the best use case for the data to tackle first. Cybex decided to focus initially on the problem of using all the machines evenly in a club. In many gyms, there are a few machines that get more use than others because they are by a window or a TV tuned to a favorite channel or whatever reason. Being able to detect and then rotate the favored machine so all machines get even wear prevents downtime, and is something easily seen by connected treadmills.

And because Cybex was going to build a program around rotating machines based on data, it redesigned its treadmills, adding a third wheel to the base to make them easier to move. “We didn’t want to tease this new feature of telling people that they need to move their machines and then force them to move a 400-pound treadmill,” said Pacheco.

Now Cybex and its customers are learning a lot from the data about machine usage, such as when gyms are most likely to be busy (Mondays) so they know when to clean or maintain the machines (Fridays). Eventually, Cybex hopes to understand what fails first on machines and to see if it can correlate that with usage patterns. But it wanted to start with a simple and attainable use case and work from there, which is something Oliver Hutaff, chief financial officer at Electric Imp, says most of the company’s big clients have in common.

“Most of the enterprise customers are using it to lower their costs or increase services and up sell their customers.” said Hutaff. “But with the consumer products what we’re seeing is a fundamental change in the economics where they add additional features based on the value they bring to consumers and other ecosystem partners.”

In Hiku’s case this might look like a shift from selling the device for $79 to consumers to having a local grocery store offer it when a customer signs up for grocery delivery on a contract basis. Thus, when the consumer speaks her weekly list to the Hiku, it’s sent to the local grocer who fulfills the order and delivers it to the consumer. Hiku has such a deal with high-end grocer Waitrose in the UK.

Electric Imp competes with Axeda, which was bought by PTC and Ayla Networks, another venture-based startup that offers cloud connectivity, although neither offer Wi-Fi modules. Customers can choose a chip from Broadcom, Marvel or another vendor, pop it in their design and then connect it to the existing clouds of several vendors with a few lines of code, but then they have to worry about antenna design and how to handle the placement of the Wi-Fi chip on the board.

Katcher and other Electric Imp customers say that letting Electric Imp handle the entire hardware portion of adding Wi-Fi is just easier. However, Electric Imp does plan a cloud-only offering with some hardware partners if a customer already has a chip from another vendor in mind. The chip will have to have the Electric Imp operating system on it for security purposes, but it will offer it more options against the competition. And there will be plenty of that. As every company out there evaluates its strategy for adding connectivity to products to take advantage of what analysts believe will be a multi-trillion opportunity, Electric Imp is poised to be one of the companies helping businesses large and small get their products online.