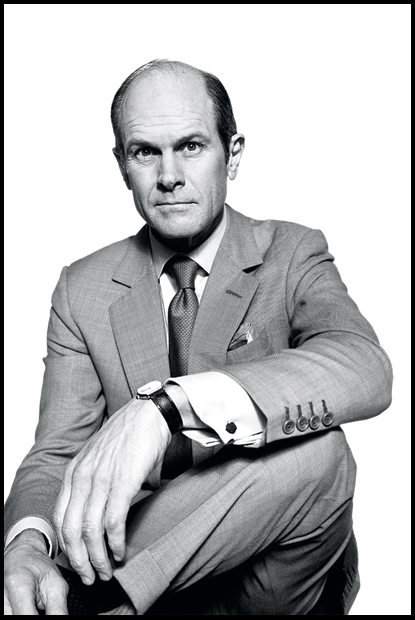 “Study STEM” is the modern mantra of advice for young people. Technology is wiping out jobs. Software is eating the world. If you want to survive and thrive, you must learn to write code or wrestle data. The geek shall inherit the earth.

As a onetime literature student, I’ve long been uncomfortable with the STEM stampede. But I couldn’t fully articulate my discomfort until reading the galley proofs of Geoff Colvin’s captivating and convincing new book: Humans Are Under­rated. His thesis, brilliantly argued in the adaptation here, is simple: We’ve spent most of the past two centuries trying to get humans to act more like machines. But as we perfect machinery, that strategy is making workers ever more redundant. What we need in the future instead is for humans to act more like humans.

The profundity of this argument hit me during a discussion I led at Fortune’s Brainstorm Tech conference in July among an elite group of 20 business leaders. Among them were the CEOs of Sprint (S), Best Buy (BBY), Sears (SHLD), Electronic Arts (EA), Athena Health (AET), Juniper Networks (JNPR), and Flextronics (FLEX); top venture investors for Google (GOOG), Comcast (CMCSA), Microsoft (MSFT), and Qualcomm (QCOM); the incoming CEO of HP’s printer and computer business; the president of CVS pharmacy (CVS); and the CEO of drone startup CyPhy Works. (For some reason this kind of group can be assembled only in the mountains of Aspen, Colo.) The topic was how technology is transforming enterprises. The consensus was that the speed of change has never been greater, and is transforming businesses and upending business models at breakneck pace.

Yet when the conversation turned to meeting this mammoth challenge, it quickly veered from technical issues to very human ones. How do you decide which technologies to embrace and which to ignore? How do you get middle managers to abandon approaches that have worked for them for decades and adopt new ways? How do you build a culture within a company that’s open and excited about change rather than resistant to it? How do you create organizations that learn from startups and are willing to disrupt themselves rather than protect what they know?

Those questions reflect the three broad skill sets that Geoff says will define the role of humans in a hyper-tech workplace. We will remain in charge and need to make smart decisions. We will need to work together to set collective goals. And we alone can satisfy the deep social needs of human organizations. For these jobs robots need not apply.

Geoff’s wise observations grow out of 37 years of reporting for Fortune magazine, during which he has interviewed too many CEOs to count. His longest relationship is with FedEx’s (FDX) Fred Smith, whom he first interviewed 34 years ago. Over the past three and a half decades, his work for this magazine has taken him around the world; he has watched the manufacture of locomotives, jet fighters, Hershey’s Kisses, earth­movers, and, despite Bismarck’s warning, sausages.

We think his new book will change the way people think about the future. Take time to read it.

Also in this issue: Fortune’s ­Global 500, our exclusive ranking of the largest companies in the world by revenue. Together, these companies had $31 trillion in revenues last year, accounting for 40% of the world’s GDP. And while a U.S. company—Walmart—still tops the list, it’s worth noting that a Chinese company (Industrial & Commercial Bank of China) came in first in profits for the first time. China has a total of 98 companies on the list, up from 19 a decade ago.