This company is engineering the next sweetener from yeast 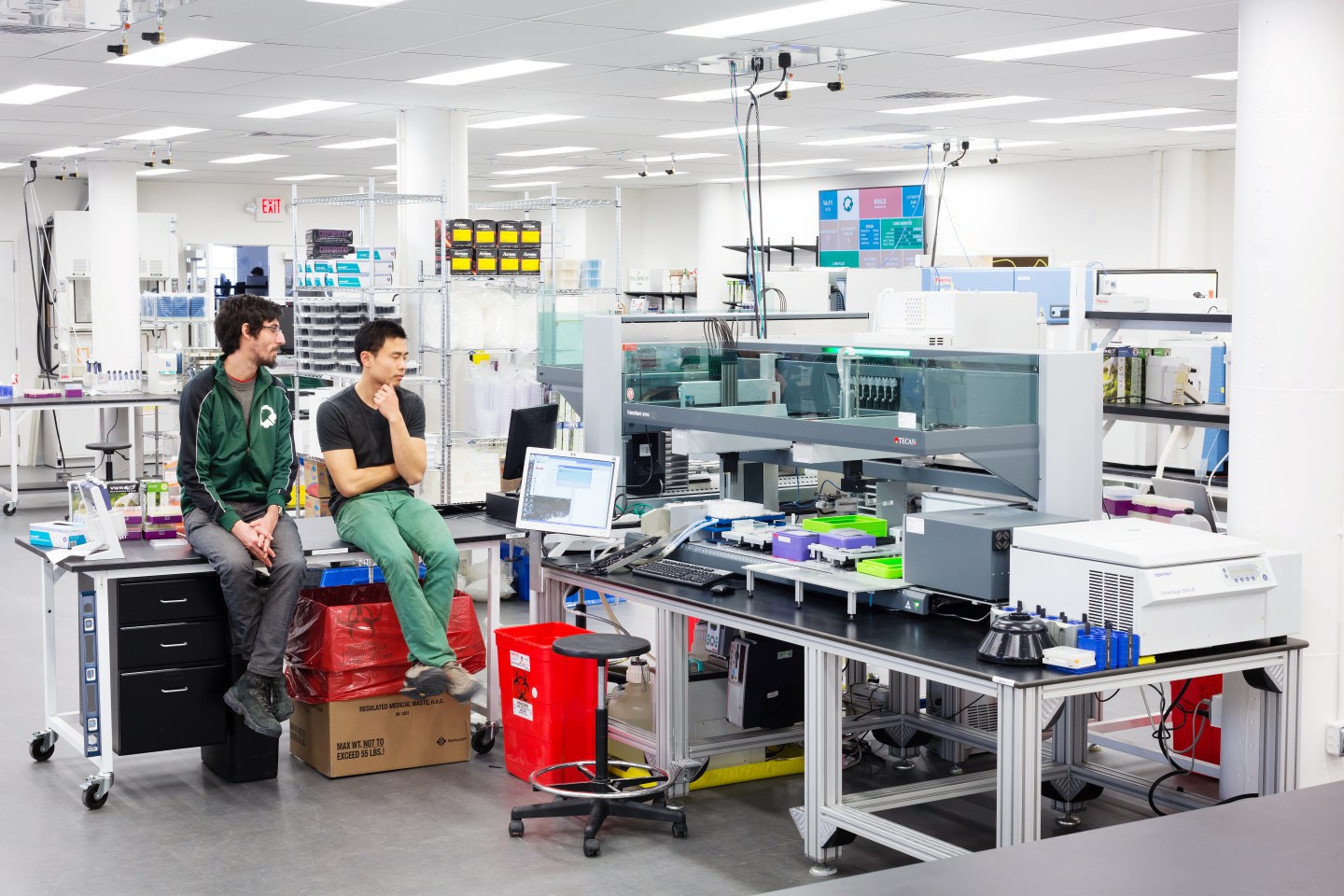 Producing rose oil from yeast sounds like something from a sci-fi novel. After all, everyone knows that rose oil, used in perfume, is squeezed from flower petals, right?

But Ginkgo Bioworks, a startup founded by MIT scientists, has developed a technology for using yeast as a source for all sorts of substances. The technique opens the door to using new biochemical foundations for things like perfume, cosmetics and even sweeteners.

French fragrance company Robertet partnered with the Boston-based startup to recreate the smell of a rose from single-cell organisms, or microbes. Ginkgo Bioworks sequenced the rose’s genome, and moved it to yeast to create a new cultured version of rose oil.

Ginkgo’s cultured rose oil is the first new rose oil on the market in 150 years. Robertet is now selling the rose oil as a perfume.

The fundamental idea is to create new kinds of chemicals from natural sources that would otherwise be difficult or impossible to develop. The process also helps companies save money by reducing the production costs for existing ingredients they manufacture or buy, said Jason Kelly, Ginkgo’s co-founder and CEO.

For example, the cost to produce natural sugar alternatives from sources like Stevia leaves is very high, explains Kelly. By using a Ginkgo-designed yeast instead, customers can produce sweeteners for less money.

Ginkgo Bioworks, which graduated from Silicon Valley startup incubator Y Combinator, said Thursday it has raised $45 million in funding to expand its production of pharmaceuticals, cosmetics and probiotics, which are bacteria and yeasts that help people who have digestive problems. Viking Global led the round along with previous investors including OS Fund, Y Combinator, and Felicis Ventures. This marks Y Combinator’s first Series B investment in an incubated company.

The company says it has created a proprietary software technology that lets biochemistry PhDs design organisms and mass produce them. Similar to competitor Zymergen, Ginkgo has developed an army of robots and machines to help create these chemicals from yeast.

Ginkgo currently has more than 20 organism design contracts with customers including Fortune 500 companies. Projects include developing organic pesticides with an agriculture company and sweeteners for a major beverage company (Ginkgo declined to name the customers). Ginkgo also has a contract with DARPA, the US Defense Department’s technology research organization, to develop a chemical to treat antibiotic-resistant germs.

As for why Ginkgo raised more money only nine months after its last funding round, Kelly says that there is a lot more awareness in the biochemical market, and that interest from customers has gone up by a factor of five from last year. The company is about to lease a10,000 square feet of space, adding to the 18,000 square foot space it already leases.

“Biotech is hot,” Kelly said. “The tech community is seeing whether this is where the next SpaceX or Tesla is going to come from.”