Huawei is hot, Xiaomi’s not 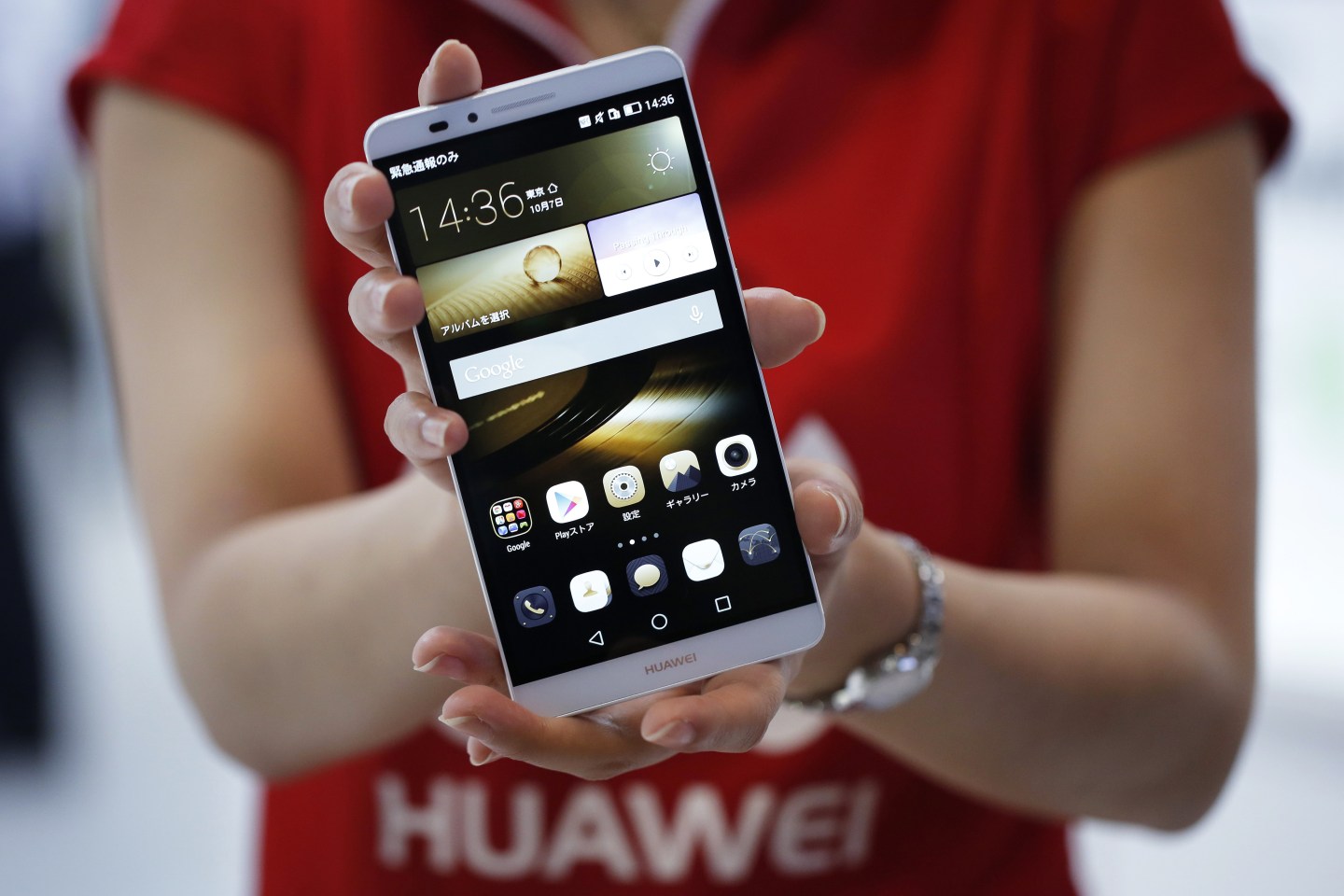 The excitement surrounding the world’s highest-valued startup, Chinese smartphone maker Xiaomi, is starting to dim as the rest of China’s smartphone makers move in. Most aggressively, Huawei.

The telecom equipment giant better known for 4G equipment than smartphones said today that its handset business revenue increased by 87% in the first half of the year, to $7.2 billion, on a wave of recent well-reviewed, mid-and high-priced smartphones. Huawei retained its top spot leading other Chinese smartphone makers in China with 18.3% market share in the second quarter, according to TrendForce, ahead of No. 2 Xiaomi and No. 3 Lenovo.

Huawei was third in China market share behind Apple Inc. (AAPL) and Samsung Electronics (SSNLF) in the first quarter among both foreign and domestic brands, according to IDC, which hasn’t released second-quarter figures. Huawei said today it passed Apple and Samsung in China during the second quarter, according to another researcher’s market share figures. Huawei sells smartphones in more than 100 countries and posted some of its strongest sales growth in Europe.

“Huawei is the No. 1 Chinese smartphone brand because of its decent sales record in the overseas market and stable relations with telecom operators,” wrote TrendForce analysts today, who expected Huawei to become the first Chinese smartphone maker to reach 100 million phone shipments this year.

There was another Chinese smartphone maker who planned to hit 100 million phones shipped this year: Xiaomi.

It has had a decidedly less glamorous first half of 2015.

Two months ago Xiaomi’s PR worked hard to contain the fallout from blog stories which detailed chips overheating in the Xiaomi Mi Note Pro. Xiaomi said it was one user who experienced problems. Even so, the damaging news was preceded by Chinese competitors winning market share earlier in the year from Xiaomi, which sells smartphones for as little as $100. Xiaomi shipped only 35 million phones in the first half of the year, after making its 100 million forecast for the year. TrendForce estimates Xiaomi’s shipments to grow by 15% this year to 70 million— respectable, but hardly the breakout year Xiaomi was broadcasting to the world.

Huawei’s ascent probably ate into some of Xiaomi’s sales and may put pressure on Apple, which led China’s market share rankings in the first quarter but just released disappointing quarterly iPhone sales yesterday as the greater China market fell from being its top market for iPhones. Still, Apple has been on a roll in China, and on the streets of Beijing, the iPhone is ubiquitous. But Apple is facing more competition, and Huawei is one of the formidable Chinese challengers.

Fortune wrote about the rise of Chinese smartphone makers including Huawei earlier this year, as it expanded into new markets and sponsored soccer teams such as A.C. Milan. In the U.S. it launched a smartphone line sold only online and last year cracked Interbrand’s list of 100 top global brands, ranking between Corona and Heineken.

The country’s smartphone makers might finally be ready to overtake the China’s top market share—and the world’s— from Apple and Samsung.