How this state ended up with America’s lowest unemployment rate 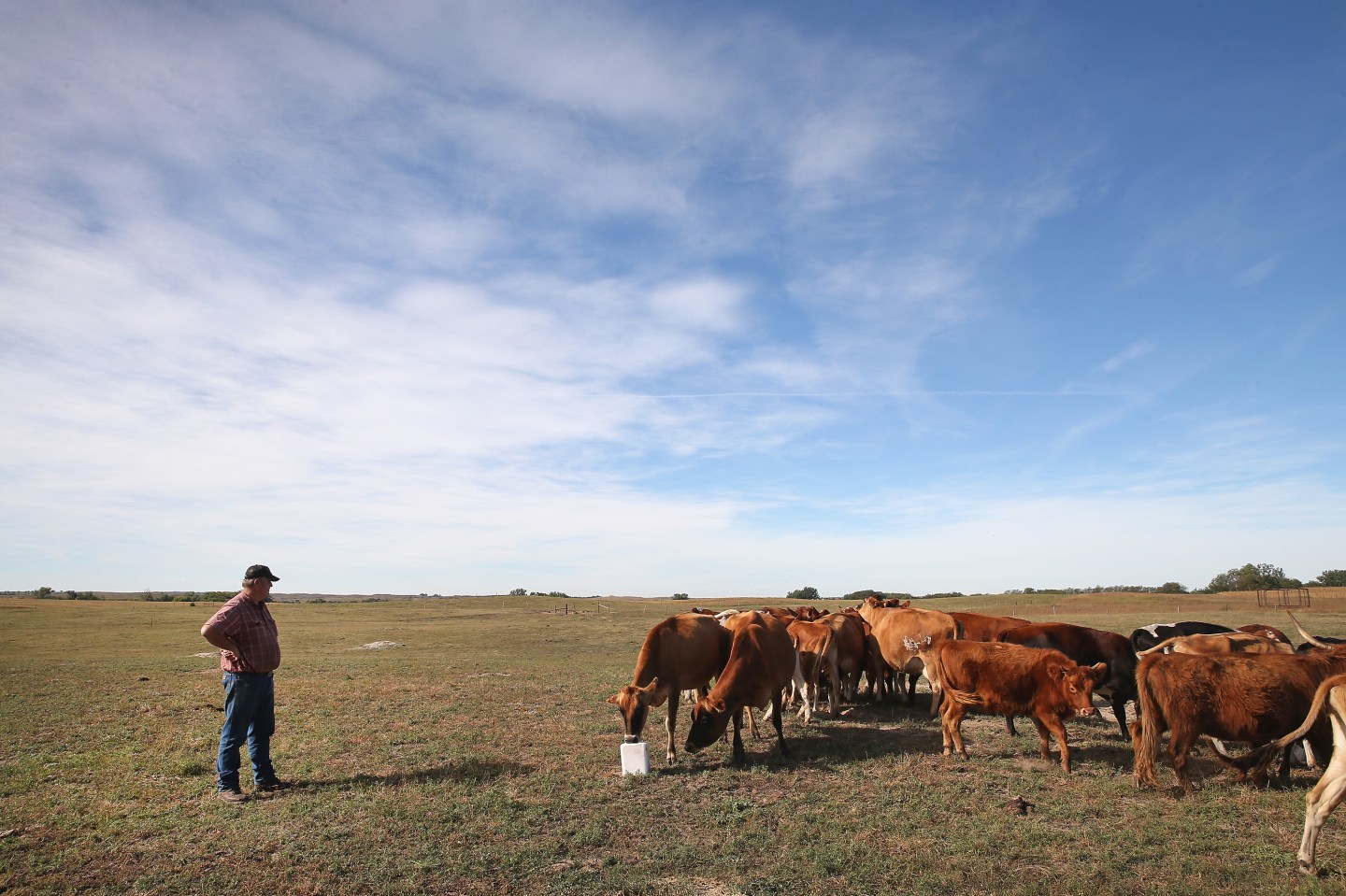 During the Great Recession, North Dakota was the nation’s golden child, where the unemployment rate never topped 4.3% even as joblessness across the rest of the country reached double digits. But as the economic recovery has played out, another state has undercut North Dakota’s impressively low rate: Nebraska.

At 2.6%, the state’s unemployment rate is the lowest in the nation. The rate for June is also Nebraska’s second lowest rate recorded in more than a decade and lower than North Dakota’s 3.1% rate, according to monthly local unemployment data released Tuesday by the Bureau of Labor Statistics.

While North Dakota can attribute its low unemployment rate to the state’s fracking boom, the reasons for Nebraska’s low joblessness are less clear. However, one explanation could be that the state’s job market didn’t suffer as much as the rest of the country during the dark days of the recession.

“In Nebraska, it was just a bad recession rather than a Great Recession,” says Eric Thompson, director of the Bureau of Business Research at the University of Nebraska, Lincoln. “We were hit hard by the recession, but not nearly as hard as many other states.”

What’s more, Nebraskans have their state’s diverse economy to thank.

“There’s not one segment of the economy that dominates the state, such as automobile manufacturing in Michigan. We don’t have anybody that big,” says John Albin, Nebraska’s commissioner of labor. And it didn’t hurt that agriculture, the industry that contributes the most to the state’s GDP, “was going through a boom time right when the rest of the economy was tanking,” he says. Crop prices were up thanks to a falling dollar and robust overseas demand. Corn, for instance, reached $7.50 per bushel in early 2008. That meant “manufacturers were still making farm equipment and car dealerships were still selling pickups,” Albin says. “In this last recession, that cushioned us a lot.”

The state was largely spared from the housing market crash, too. “Construction activity, including home building, did drop sharply during the Great Recession. However, our home prices had not risen that much and therefore did not fall much during the housing crisis,” Thompson says. The median property value in Nebraska was $122,600 between 2007 to 2009, according to the U.S. Census. Between 2010 to 2012, it increased to $127,800. (By comparison, Florida, among the states hardest hit by the housing market crash, saw median property value drop from $210,800 to $154,900 during the same period.)

Nebraska’s geography was a factor in its dodge of that crisis. The state’s landlocked location in the midwest means it has few natural barriers to population growth. Oceans and rivers limit housing expansion in places like California, New York City, or Massachusetts, which saw rapid increases in home values before the housing market crashed. “In Nebraska, if demand is there you can always just convert more farmland to housing,” Thompson says.

In explaining the state’s current 2.6% jobless rate, Thompson points to what he says is Nebraska’s high quality labor force. At 88.5%, Nebraska ranks second nationwide in high school graduation, according to the most recent data released by the Department of Education. (First place is neighboring Iowa, where the rate is 89.7%.). According to the Census, 28.5% of Nebraskans 25 years of age and older hold a bachelor’s degree or higher, just under the nationwide rate of 28.8%.

“In short, Nebraskans have good resumes in terms of education and history—these are the types of workers who generally have lower unemployment rates and also fair well during a recession. Employers try to find ways to keep such employees and when workers with good resumes do lose their jobs, they are usually able to find one quicker,” Thompson says. Indeed, in June, the national unemployment rate among high school graduates was 5.4%, according to the BLS figures. For individuals without a high school diploma, it was 8.2%.

To be sure, not everyone is convinced that the state’s super low unemployment rate is a sign of a healthy economy. A closer look at job growth “portrays an economy that’s not as healthy as when just unemployment is considered,” says Ernie Goss, an economics professor at Creighton University in Omaha. In the past three months, payrolls in the state have dropped from just over 1 million in April to 999,300 in May to 997,000 in June. Goss pegs that dip to the same factors that buoyed Nebraska’s economy during the recession—commodity prices, which have declined with the strengthening U.S. dollar. “You can trace slowing job growth to the farm economy,” Goss says. BLS employment figures don’t capture farm jobs, but they would reflect a slow down in the services that support the agriculture industry.

Nebraska’s low jobless rate and decreasing employment is certainly a disconnect—you’d expect unemployment to increase as employment shrank. There are a few theories to explain the rift: For one thing, Nebraskans have a propensity to hold multiple jobs—7.9% do so, compared to 4.9% nationally—which means if a worker with two jobs loses one, she would be considered unemployed. Goss says that workers who lose a job could be leaving the state or returning to work on farms — both scenarios would mean they wouldn’t budge the state’s jobless rate.