Can the Apple Watch succeed by wooing female buyers? 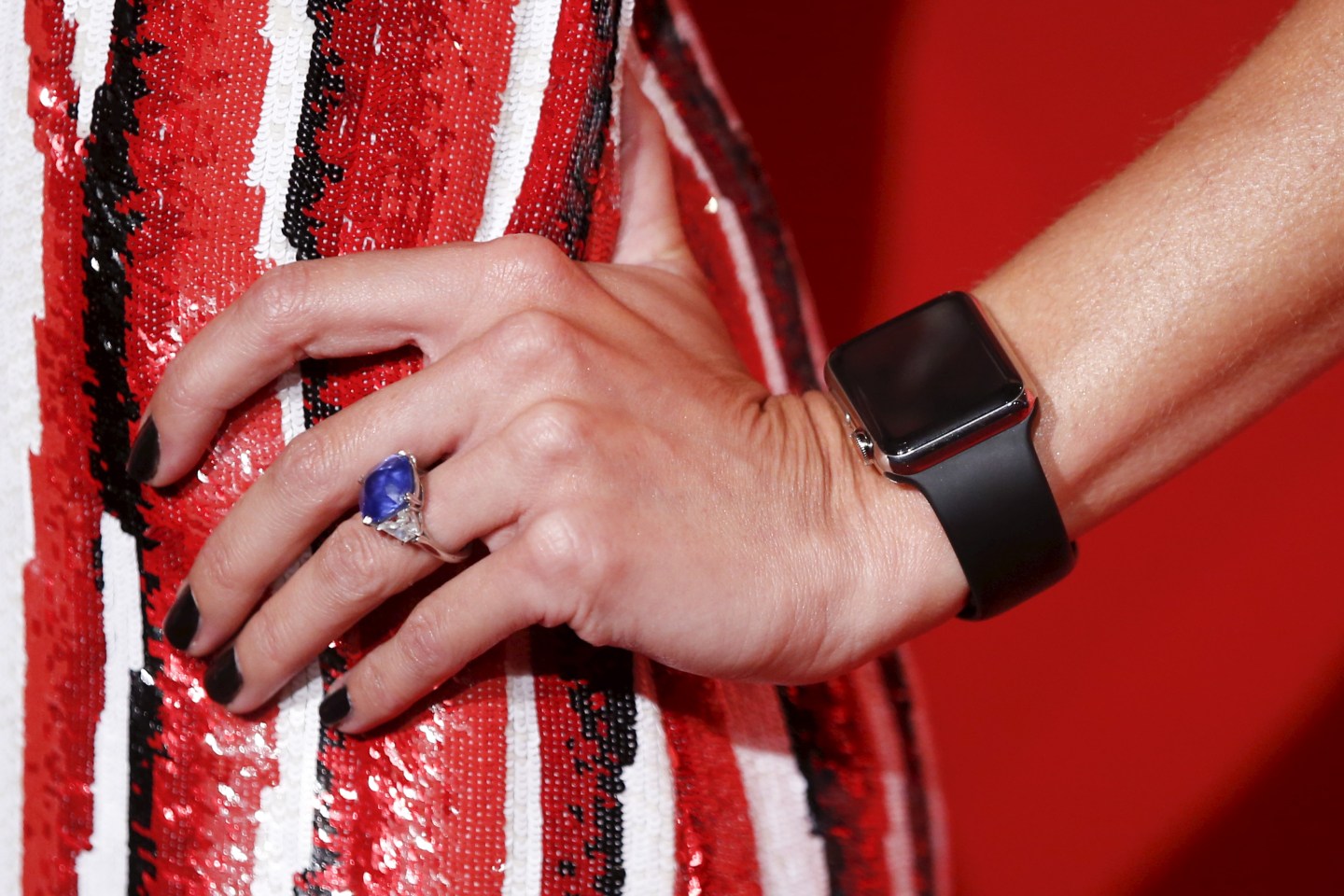 Apple’s refusal to disclose sales data for its Apple Watch has been widely read as a sign that demand for the gadget is not meeting expectations. So, what is the company doing to try to boost sales? Doubling down on the female market.

Last Thursday, Apple released four new ads showcasing the different ways people can use the Watch. In two of the ads, a pair of young female tourists roam around a foreign city with the Apple Watch acting as travel guide, navigator and translator. A third ad features families with young children, showing how the Watch can help owners connect with their families. The last ad focuses on how wearers—again, mostly women—use the device while working out and tracking their health and fitness goals.

“I think what they’re trying to do here is to show the usefulness of the watch to the women who aren’t just going to buy it because it’s the new thing in tech,” said the Braeburn Group’s Michel Contant, the most accurate Apple analyst for Q3 2015.

From the very beginning, it was clear that Apple was targeting the Watch at female buyers. Back in February, watch industry site A Blog to Watch wrote about how the company was focusing on the women’s fashion market, advertising in Vogue and landing the Watch on the cover of several women’s glossies.

It makes sense to go after women, who are a virtually untapped market; according to a recent report from research firm NPD Group, 71% of smartwatch owners are male. The report also notes that 54% of fitness tracker owners are female, suggesting that, when done right, wearable tech can be a hit with women. Plus, women install more apps and spend more money on apps than men do, making them ideal Watch wearers.

So, is the company’s emphasis on women working? It’s difficult to say, given the lack of sales data—though that hasn’t stopped analysts from trying. In May, industry site MacRumors called attention to a research note by KGI Securities analyst Ming-Chi Kuo:

“We have learned that the 42mm Apple Watch accounts for 60-70% of production. However, the shipping times of 38mm models are generally earlier than those of 42mm. We believe this is because demand for 38mm watches is significantly below that of 42mm ones. We estimate that 42mm models account for over 80% of sales. Assuming that 42mm and 38mm watches are mainly purchased by men and women respectively, the Apple Watch has attracted mostly men.”

However, Contant believes that any lag in sales to women is primarily due the speed of adoption. He says that early adopters and “tech geeks” tend to be men. “I see the breakdown eventually evening out to 40% to 45% [of sales to women],” he said. “Women want to see it in action, want to see how useful it is before buying.”

Those women who have bought a Watch already appear to be happier with the device than male buyers are. According to a report released on Sunday by independent Apple Watch research platform Wristly, 58% of women were very satisfied or delighted with the Watch’s ease of use, compared to 47% of men.

One Apple Watch user, 24-year-old Los Angeles-based Jessica Leitao, says the device is particularly useful for working women. “I think there’s a lot of pressure on women to be in four different places,” she says. “With the Apple Watch, I can focus on what I’m doing without getting distracted having to look at my phone every time I get an email or reminder alert.” The Watch also allows the soon-to-be accountant to leave her purse at home. “It’s liberating to not ever have to carry anything,” says Leitao. “Other women need to try it.”

Can Apple turn a handful of happy device owners like Leitao into an army of female Watch wearers? We’ll see.