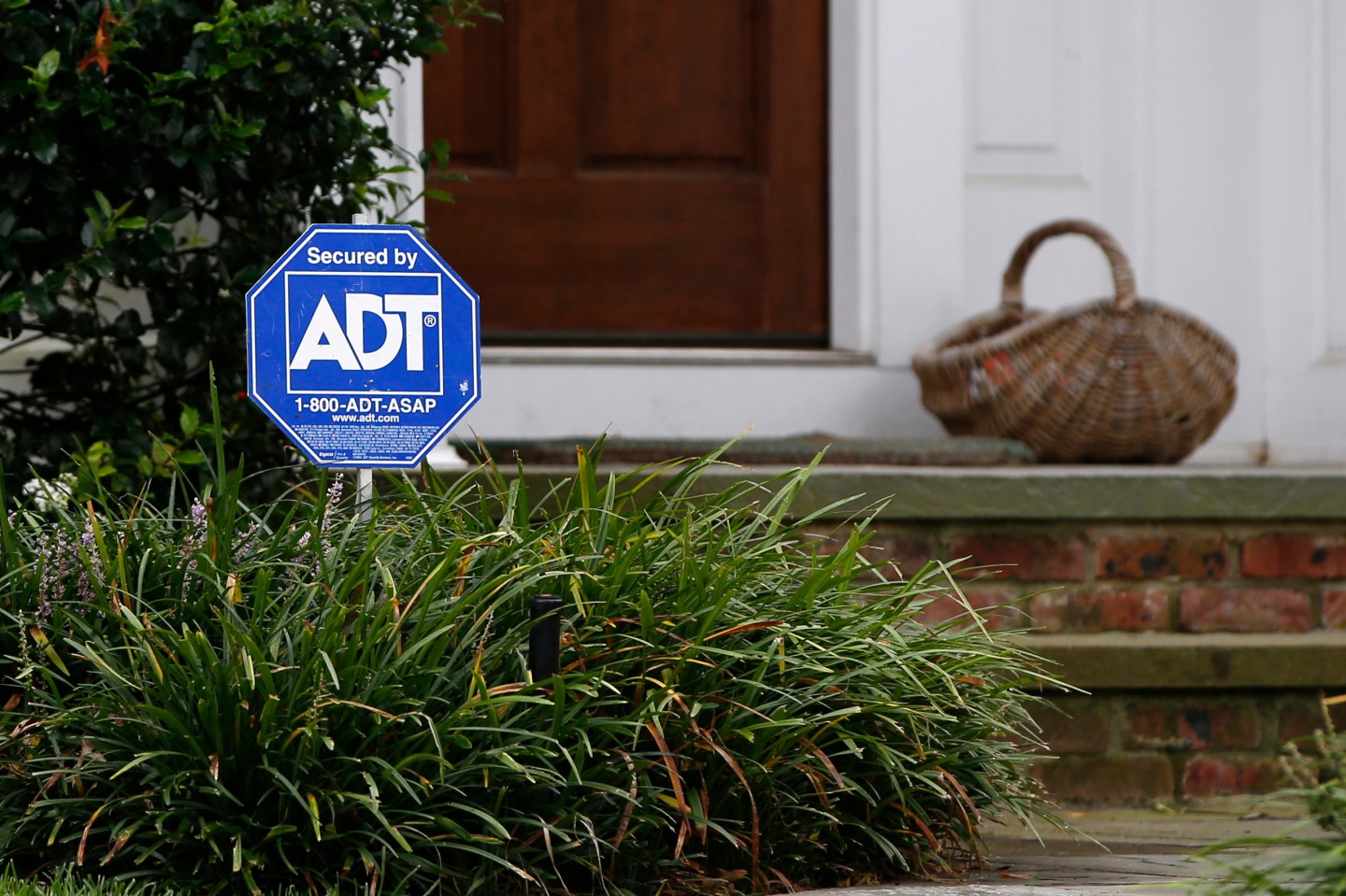 A security sign for ADT is seen outside a home in Port Washington, New York, September 30, 2014. ADT Corp dominates sales of home security monitoring in the United States, its shares are up 27 percent since March and the size of its business market is tripling, as a non-compete agreement with its former parent expired this week. Picture taken September 30, 2014. To match Analysis ADT-BUSINESS/ REUTERS/Shannon Stapleton (UNITED STATES - Tags: BUSINESS) - RTR48J9U
Photograph by Shannon Stapleton — Reuters

ADT Corporation, a name that’s more familiar in the home security space, wants to make waves in home automation and the smart home. To do that it has signed several notable deals with startups, and developed some innovative programs around home automation, including today’s announcement of a partnership with Nest Labs. The partnerships will link the Nest thermostat with ADT’s Pulse system but it will also provide customers in Atlanta, Chicago, Denver and Miami with a free Nest thermostat when they sign up for certain service plans.

That’s a significant incentive for Boca Raton, Fla.-based ADT, and a huge win for Nest which will get to take advantage of the marketing muscle of ADT and its installers to sell its connected thermostats. ADT expects the partnership to roll out nationwide by the end of the year. Nest has recently introduced a subsidy program with American Family Insurance and Liberty Mutual Insurance for its Nest Protect connected smoke detector as well, which makes it a tough competitor in the connected home space. After all, if a consumer is considering a smart thermostat, which costs about $150 to $250 it’s pretty easy to pick one that’s free and comes installed for you as part of your new home security system, as opposed to a competing brand that requires a purchase and installation.

Along with the Nest partnership, ADT also showed off its new mobile app, which is available for both Android and iOS phones. The new app allows a customer to control the Nest (new or existing) directly from the Pulse app, provides a business or residential dashboard for each customer demographic, offers voice control and lets people access the app without having to constantly log back in. The free Nests for some, the new app, partnerships with startups such as family-location app Life360 and a new application programming interface (API) effort are all parts of ADT’s strategy to stay relevant as people become more mobile and tech savvy.

Arthur Orduna, the chief innovation officer at ADT, has been very focused on ADT’s effort to move from thinking about security as monitoring a person’s home to securing what’s important to people across a wide variety of places, whether its their devices, their children or in their homes. As such he’s thinking of ADT as a platform with monitoring only as on attribute of the platform—albeit an expensive aspect of the platform.

This is a long-term effort, but as consumer interest in the smart home rises, ADT hopes that through efforts to make smart home installation and connection easy, its sales will rise with that interest.

This story was updated to clarify that Liberty Mutual and American Family subsidize the Nest Protect, not the Nest thermostat.