Now it’s a whole lot harder to compete with Nest 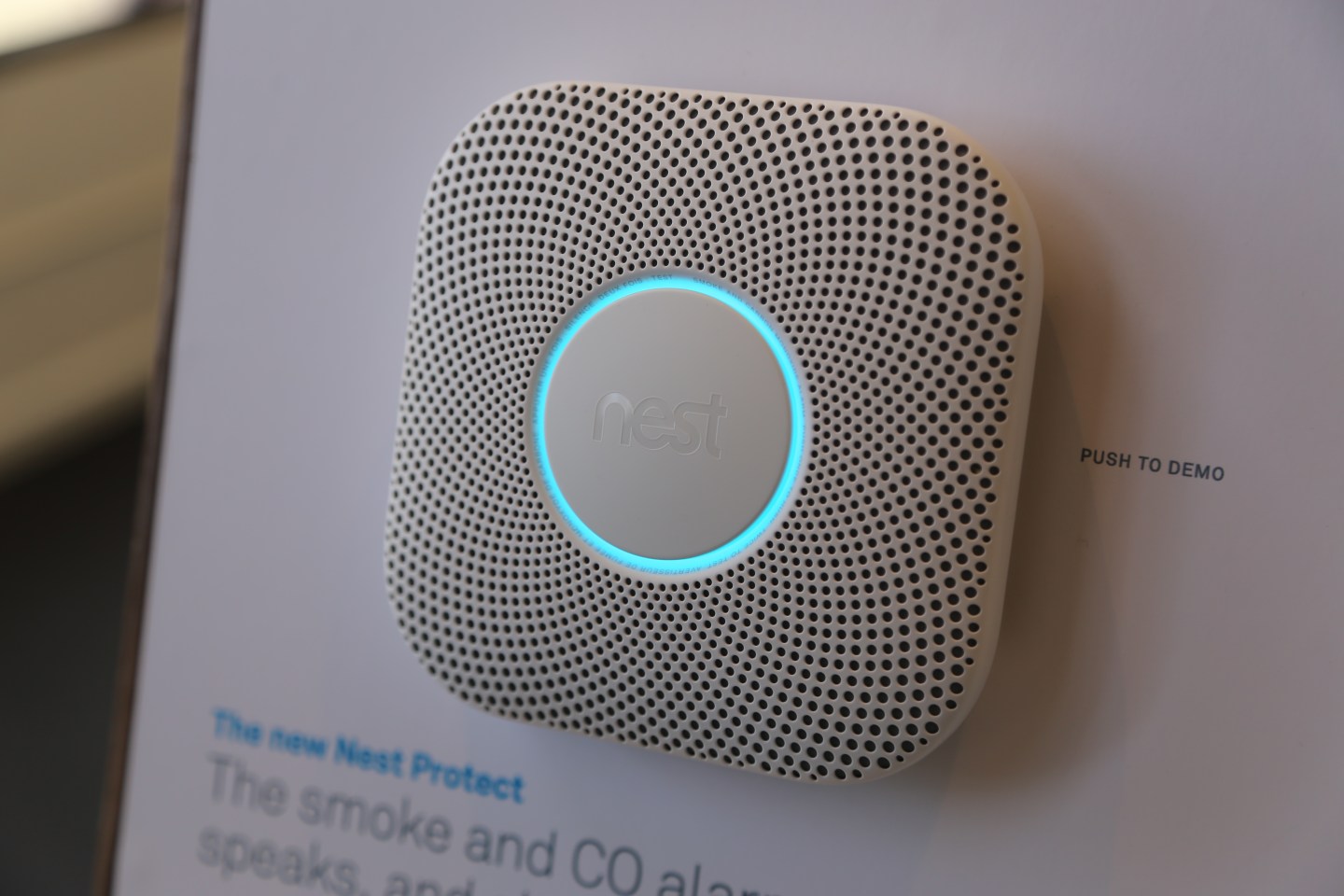 Nest, a business owned by Google that makes connected home products, refreshed its line of three devices today, but it was the firm’s deal with insurance companies that’s really exciting. Nest said it has established partnerships with American Family Insurance and Liberty Mutual Insurance to offset the costs of a Nest Protect smoke detector, and establish a monthly discount for homes that link their Nest smoke detectors to the insurance firms.

American Family is the first insurer to have the program up and running, but it’s only doing so in the state of Minnesota. The insurer will send the customer the Protect (which costs $99) at no cost, and the customer hooks the Protect up via the ‘Works with Nest’ program. That will enable the Protect to share some data with the insurance firm so it knows if the customer’s house has working smoke detectors.

This is great for the insurance company since smoke detectors help reduce the damage done by fires, and can lower the insurance payouts. It’s akin to the discounts that home insurance providers offer for people who install security systems. (For more on how insurance firms view the connected home, listen to this podcast with American Family Ventures’ Dan Reed from February.)

It’s also great for Nest because it now has two insurance giants basically helping subsidize the cost of its devices and marketing them. Though, to be even more helpful to Nest, the programs would need to cover more of the U.S.

Currently American Family is only working with Nest on the subsidy, which means any other company that wants to offer a connected smoke detector now faces a much harder sell.

Companies that might be affected by this include Leeo, which offers a connected night light that listens for smoke detectors going off and lets the homeowner know (useful if you are out of the house). There’s also the Roost, a battery retrofit for existing smoke detectors that gives older models connectivity. In addition, Kidde and other big-name brands have connected smoke detectors, but they generally require additional hubs to work, since they use radios that aren’t based on Wi-Fi.

However, American Family says that customers using other connected security systems might get the 5% monthly discount provided the customer has a connected home device that has alerts for fire risk, theft risk or water leaks. The customer also has to demonstrate that the device has access to a dependable internet connection and offers a way to send notifications via email, text messages and/or a mobile app.

It’s unclear how American Family would check this, but it could mean that devices such as the Piper, Canary and other all-in-one security gadgets would also qualify customers for the monthly discount, as would sensor networks like those offered by SmartThings.

As for the data that the Protect shares with the insurer, the program outlines that it is sent once a month and the data is collected whether or not the Protect’s batteries are charged, its sensors are working, and the Wi-Fi connection is good. It will also share the zip code it is reporting from and the names of the rooms where you have the smoke detectors installed. So maybe don’t label your rooms “explosives lab” if you’re sharing the data with your insurer.

Much like utilities subsidize the purchase of a Nest thermostat (as well as other brands) to help save energy during peak load times, it looks like insurance firms are willing to help Nest advance their businesses and make homes a little more connected. This is great for both sides of the deal, because a $99 smoke detector is a pretty hard sell, even one that has a nice light and some fancy features.