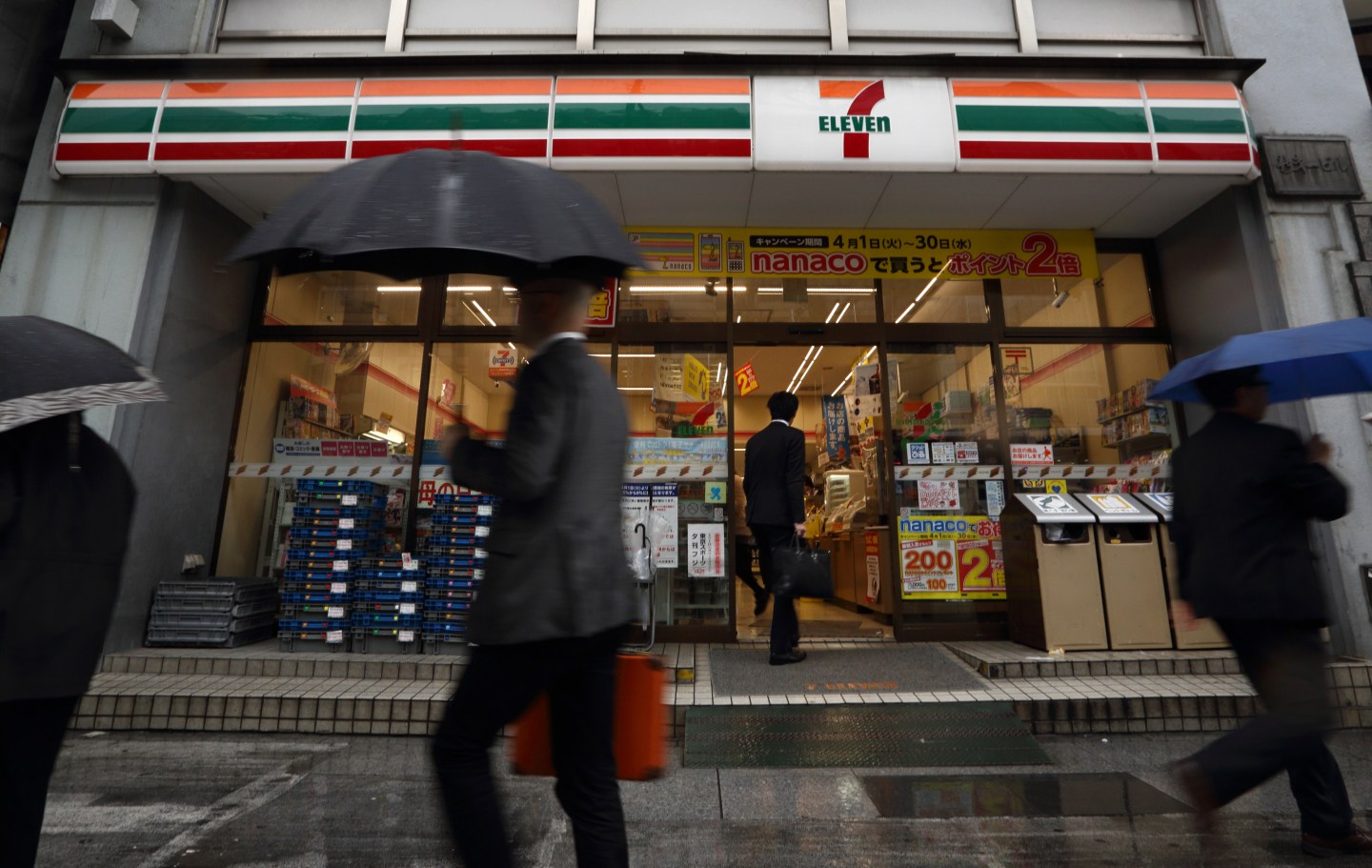 Hampton Creek is a food startup that makes Just Mayo–an eggless, vegan mayonnaise made with pea protein. It’s also positioned itself as a food company with ideals, with its CEO and founder Josh Tetrick calling it a “movement” in a series of five full-page ads published in the New York Times.

The largest food service company in the world

The largest convenience store in the world

The two largest retailers in the world

The second largest retailer in the U.S…”

And that list goes on–but the convenience store referenced above is 7-Eleven.

On June 10th, Tetrick tweeted from the Hampton Creek account:

I'm insanely proud of this: All of @7eleven US switched to using #justmayo by @hamptoncreek. (largest convenience store in the world) – Josh

Tetrick told Fortune, “They [7-Eleven] are an awesome group of people, and we’re proud to be partnering with them.”

Following the initial tweet, a story appeared on the environmental blog Ecorazzi about 7-Eleven’s switch to Just Mayo. 7-Eleven will still sell other jars of mayo, but will be using the eggless mayo in food it prepares, according to Terick. Nonetheless, in that post, Tetrick estimated this change would save “over 81 million gallons of water, preserve over 4 million square feet of land, and prevent 191 million grams of CO2 emission. For the body, 1.5 billion milligrams of sodium, 304 million milligram of cholesterol, and 30 million grams of saturated fat would be avoided annually.”

However, inquiries made by Fortune to 7-Eleven, Inc.received almost no reply, other than an email saying the company has not issued any information on this topic.

There is no mention in 7-Eleven’s Twitter feed or in ingredient lists on their website about a switch over to a vegan mayonnaise, but there is plenty of mention of soda, pizza, cookie dough, iced coffee…standard convenience store food. The 7-Eleven Twitter feed is heavily snack and Slurpee-focused, and sends out messages like this: “chips. Chips. CHIPS. CHIPS! #chips”

Absent any comment from 7-Eleven about why they made the switch, perhaps the news just wouldn’t fit with their (#chips) message or inspire the existing demographic.

However, the motives might be completely unrelated to human health, environment, or the welfare of egg-bearing chickens, and might just be completely related to the inflated prices of eggs. Recent news stories have indicated that fast food chains such as Panda Express are taking eggs off the menu due to concerns over avian influenza this spring, with more than 48 million birds infected since December. The crisis has caused the U.S. Department of Agriculture to lower its forecast for 2015 egg production by 5.3 percent from last year–6.9 billion dozen eggs, said NBC News. The shortage has Panda Express replaced egg with corn in their fried rice recipe after the shortage drove up prices.

According to the NBC News article, it could be two years before normal production resumes.

7-Eleven may also be counting on nobody noticing–or at least junk-food lovers who aren’t inclined to try healthier alternatives (though a Business Insider story about Just Mayo also noted the company had scored this new contract). In its favor, Just Mayo scored higher than standard jarred mayonnaises in a taste test conducted by Serious Eats.

As one of the most well-funded alternative food startups, Hampton Creek also makes all natural, vegan Just Cookies and is launching a Just Pancakes mix (a spokesperson stresses, though, the company prefers to call its mayo “plant-based,” rather than vegan.) As the company leader, Tetrick’s approach is approachable–the opposite of “no comment.” His Times ads and his Twitter account give his email address and phone number. He is earnest and vocal about wanting to change the food industry by working with the major players, and by inspiring other companies to follow suit. Another recent New York Times ad from Tetrick directed at 23-year-olds issued the challenge, “join us, or compete directly with us.” Time will tell what else this modern startup will hatch.