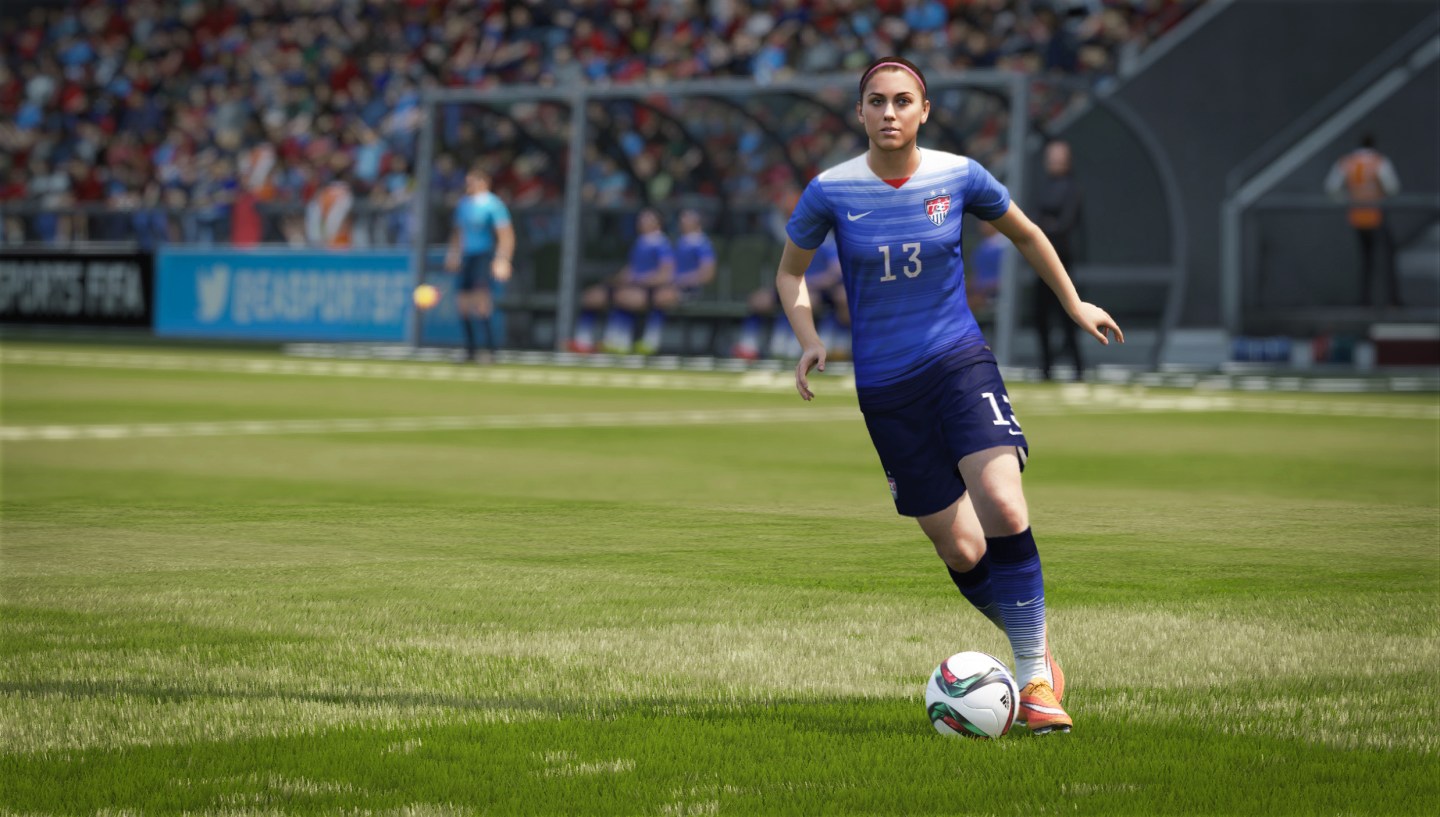 Electronic Arts, which at E3 announced this year’s version of its FIFA franchise will feature the U.S. Women’s National Team, is doubling down on women’s soccer. Alex Morgan, the team’s forward, will appear on the FIFA 16 cover this fall, the first time a woman has appeared on the cover of a FIFA game in North America.

It’s a notable step for the franchise, given the excitement that’s still lingering after the U.S. team’s World Cup victory earlier this month (which was the most watched soccer game in U.S. history). But the impact of Morgan’s appearance on game sales is questionable.

FIFA is a key revenue driver for EA (EA). In 2010, it became the top selling video game sports franchise in the world, blowing past Madden. And its popularity has only continued to grow.

(EA has not released specific sales numbers for the title for several years, but the company noted in its most recent earnings call that last year’s FIFA 15 was still a top five title among Western gamers some six months after its launch, with more than 18 million matches played every day.)

That success is less a factor of who graces the cover and more a testament to the growing global interest in soccer.

“I think it’s a good marketing strategy for the game in North America, because the women’s team has such high brand recognition right now,” says Eric Handler, senior equity analyst for MKM Partners. “But the day the FIFA franchise has to rely on who’s on the cover to sell more units, that will be the peak of the game. It’s doing very well on its own, no matter who’s on the cover.”

In fact, says Handler, last month when EA announced it would include women’s teams in the game, the company told him it wasn’t expecting the inclusion to dramatically affect sales.

“When they came out with the announcement that they were including the women’s team in FIFA this year, I asked EA if they thought it made a difference and they said ‘absolutely not’,” he says.

EA has been under fire to include women’s soccer for several years. CEO Andrew Wilson has previously told Fortune the delay, in part, was because the company wanted to make sure it took the proper time to get the animation and physics right for the players.

The dramatic series of wins by the Women’s National Team and the capturing of the world title, could give FIFA 16 an unintentional marketing push. The U.S. Men’s Team does not have any significant tournaments this year—and excitement about the men’s team has died down since the squad fell short in the semi-finals of the 2014 World Cup.

And while Morgan’s image on the video game’s cover may not cause a sales spike for FIFA 16, the team’s win over Japan has caused a huge sales boost in other areas. Within 24 hours of the victory, sales of women’s soccer merchandise were up 3,000% at online retailer Fanatics. And tickets to games in the National Women’s Soccer League have tripled in some cities.