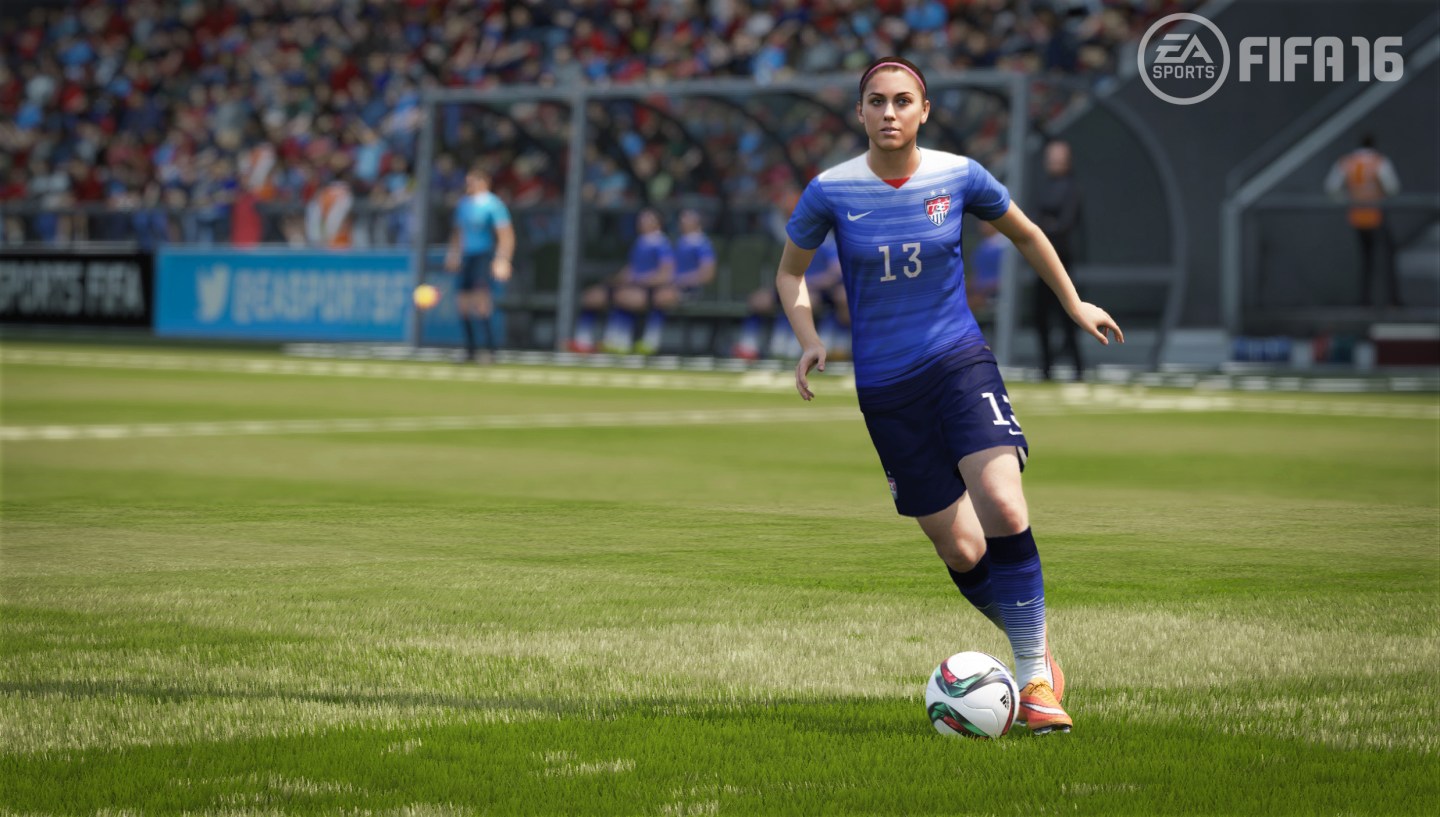 By most measures, the United States’ Women’s World Cup win last Sunday was a raving success: The final game garnered more U.S. viewers than any other soccer match in history. But so far, the public’s growing interest in women’s soccer hasn’t translated into better pay for its female players. The winning women’s team received $2 million, far less than the $35 million which FIFA, soccer’s troubled governing organization, awarded the first-place German men’s team after the 2014 World Cup (worse, it’s also less than the $8 million given to some of the losing men’s teams that same year).

While equal pay remains elusive, women’s soccer will soon be able to celebrate a different sort of victory—one that is small yet symbolic. For the first time, female players will be included in a new version of Electronic Arts’ popular soccer video game, FIFA 16. The game, recently announced by the company, will launch in September and is expected to feature women’s teams from the United States, Germany, France, Brazil, Mexico and a small handful of other countries.

With soccer poised to become the most popular women’s sport in the U.S., and women now accounting for half of the overall gaming population, it’s about damn time EA added women’s teams to the roster. In a recent interview with Fortune, Andrew Wilson, the game maker’s youngish and newish CEO, agreed but said it has taken the company time to do it “properly” and get the animation and physics right for female players.

According to Wilson, EA didn’t attempt to bring women’s teams to its FIFA games in the past because the split between male and female gamers was “never as profound as it is today.”

“It really grew rapidly over a short period of time,” said Wilson. “Once we reached critical mass and the feedback [to add women] started coming, it took us time to build it. We wanted to make sure that these women that were playing football in our game were playing as they did in the real world, that it was a realistic representation of the quality and caliber of the football that they play.”

Now, some fans are even petitioning EA to put the Women’s World Cup champions on the upcoming game’s cover, a slot that has been held by soccer superstar Lionel Messi in recent years. (Messi is still expected to grace FIFA 16’s cover, though EA has given fans the ability to vote for both male and female players to be featured on regional editions of the game and is expected to reveal those results soon.)

There is no doubt that female gamers have been marginalized for a long time—or worse, as in the case of last year’s vicious spate of cyber-bullying attacks, also known as Gamergate. But while game publishers have largely stayed silent in the past, the sheer numbers of female gamers now make it critical for them to not only make sure women don’t feel threatened by the gaming community, but also to find new ways to represent them in the actual games. To that end, adding women to FIFA 16 seems like a no-brainer for EA. No, it doesn’t solve the large issue—the massive pay gap between male and female players—but it does make a lot of sense for EA’s bottom line.