Wake up FIFA: This sport is your model for equal pay 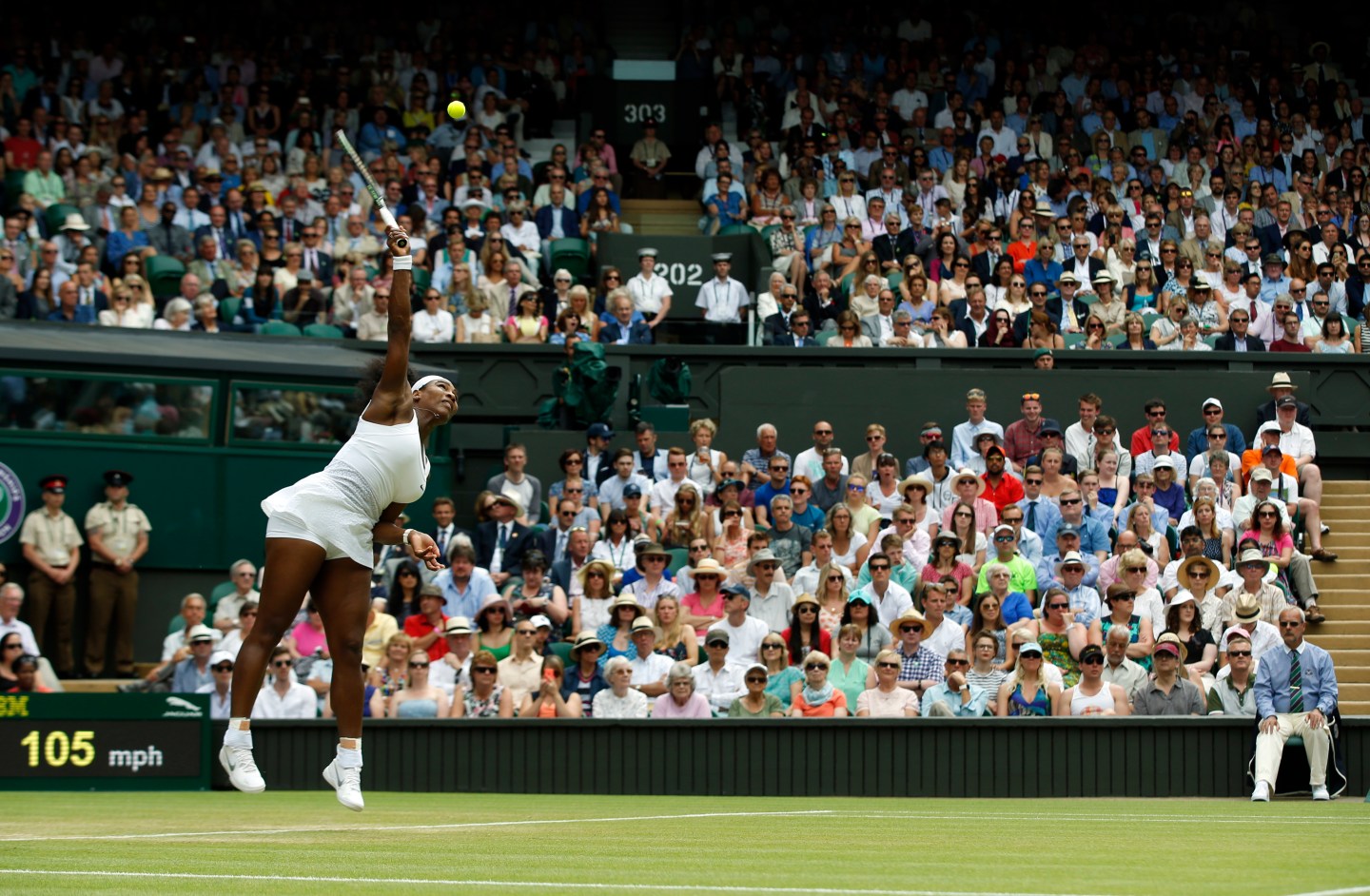 The divide between rich and poor—high-paid men vs. women who received relatively paltry prize money for winning this year’s world championship—is the talk of the soccer world. Another sport in the spotlight this week stands out in utter contrast: In professional tennis, men and women win equal prize money.

The credit for equal pay in tennis belongs to a long line of champions past and present—Chris Evert, Martina Navratilova, Serena and Venus Williams, Maria Sharapova—for forcing the issue with professional tennis’ powers that be. In 2007, Wimbledon became the last Grand Slam tournament to shake off its stodgy gender bias and equalize prize money. So this year, the male and female winners of the singles finals on England’s storied grass courts will walk away with the same 1.88 million pounds.

Equal pay in tennis was a long time coming, and the progress actually began 42 years ago when Billie Jean King created the Women’s Tennis Association practically out of a hotel room in London. In June 1973, during Wimbledon, King was the leader—a reluctant leader, as she recalls—of 63 women who met behind locked doors in London’s Gloucester Hotel to create an organization to represent women players and fight for equal pay.

In an interview at Fortune‘s 2013 Most Powerful Women International Summit in London, King explained how she instigated the early revolution. She asked each of her fellow female players: Who can you influence? “I broke it up that way: ‘Okay, Rosie Casals, you’re going to go talk to this person and that person. And Anne Jones, you’re going to…’ We did a lot of lobbying and work behind the scenes.”

The King-led group of reformers held meetings until 4:30 a.m. that June and slept an average four hours a night. “Oh, we had some tennis matches to play, by the way,” King recalled.

She was 29 years old and so exhausted that she thought she “wouldn’t even get by the first round.” But the thrill of empowerment carried King to multiple victories. “I won three titles that year, I was so excited. Singles, doubles and mixed.”

Thanks to King and her posse of reformers, that same year, the U.S. Open became the first major tournament to offer equal prize money to men and women. That September, King beat Bobby Riggs in the famous Battle of the Sexes—and she went on to win a total of 39 Grand Slam titles.