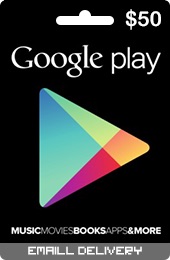 A California woman filed a class action lawsuit against Google(GOOG)this week, claiming the company violates state laws by refusing to provide cash refunds when a gift card balance falls below $10.

According to Lorena Hernandez, her daughter used a $25 Google Play gift card to buy Lego Movie for $9.99, and rent As Above, So Below for $4.99 and Bridesmaids for $2.99 – leaving a balance of $7.03. Google then refused to issue Hernandez a cash refund for the amount, or allow her to combine it with another form of payment.

Instead of forfeiting the $7.03, Hernandez purchased another $10 Google Play Card so her daughter could use the combined balance to buy Toy Story 2, and an app and a song (99 cents each) she did not really want.

The legal complaint, which seeks to represent all other Google Play customers in the same position, says Google is engaging in the very practice that lawmakers intended to stop:

Because Google refuses to refund the balance in cash, holders are left with the choice of forfeiting the balance or expending additional money by purchasing additional Google Play Gift Cards or Google Play Credits to purchase other items. There will virtually always be a balance that cannot be spent and that Defendants will not refund.

California amended its consumer protections in 2007, requiring retailers to let customers get cash refunds for balances below $10, after concluding that about 10% of all gift card balances are never spent.

The lawsuit also points out that Google Play’s practices are different from competitors Apple and Amazon, which allow users to combine gift cards with other payment methods so as to zero out the value of the cards. Google did not immediately respond to a request for comment.

If the allegations against Google are true, the company will hardly be the first to trip over gift card rules. Groupon recently agreed to pay $8.5 million to settle a class action case over illegal expiration dates, while Starbucks paid $225,000 to settle with California over failing to refund balances below $10. McDonalds and the defunct bookseller Borders have also ran into trouble with the state law.

Hernandez is asking a court to order Google to return the unpaid balances and to force it to change the Google Play policies. You can read the complaint for yourself here: