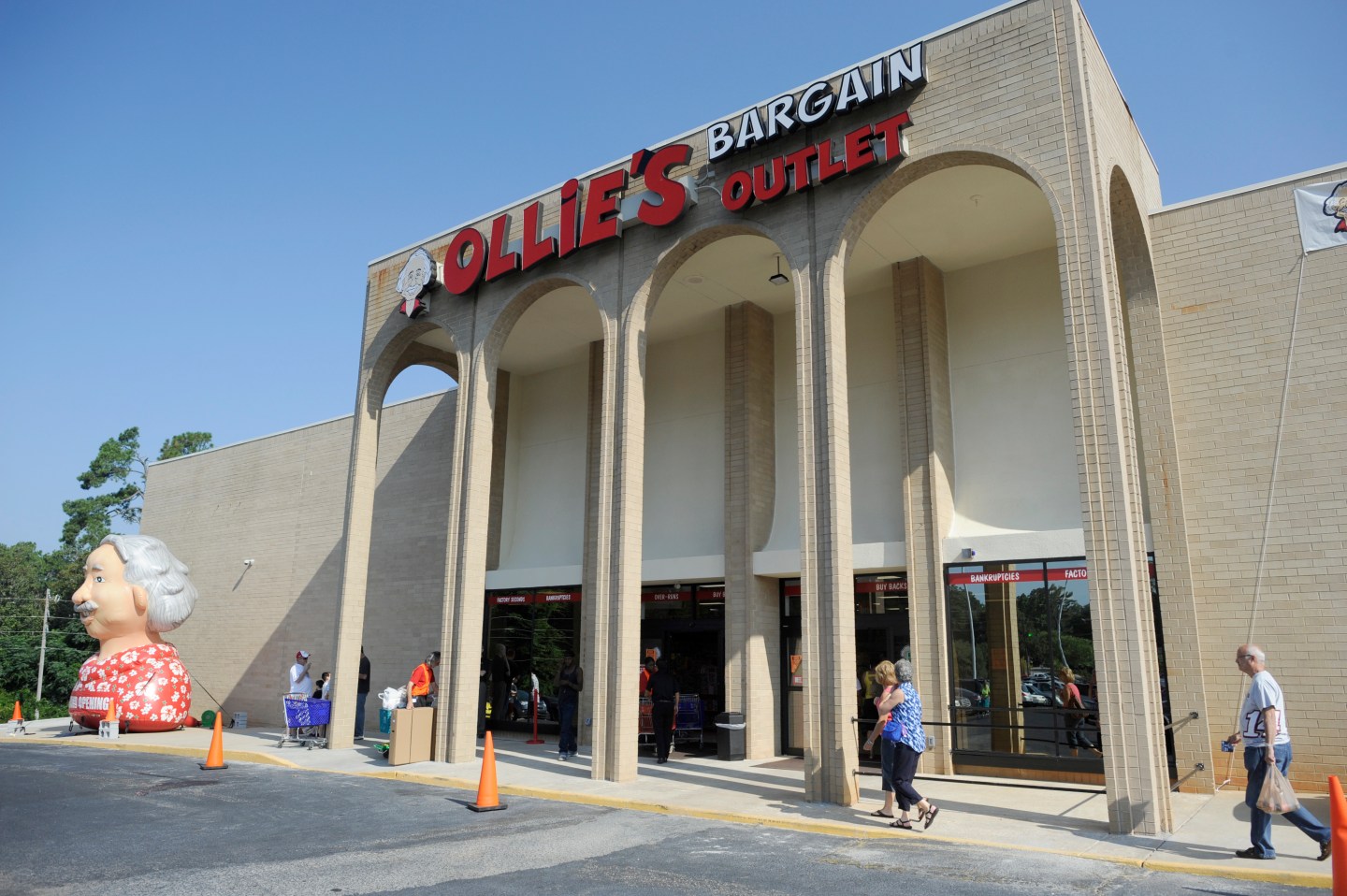 Discount retailer Ollie’s Bargain Outlet(OLLI) is having no issues finding buyers for its excess shares.

The retailer notched an impressive debut on the Nasdaq on Thursday, with shares up by about 33%, at a little over $21 apiece, from the initial public offering price of $16. It is the latest consumer-focused company to go public and earn a warm welcome from investors.

“Buying a bargain will never, ever go out of style,” Chief Executive Mark Butler told Fortune. “It is here forever, and we are in a pretty good spot.”

Ollie’s, which sells housewares, books, toys and other goods at deep-discount prices, sees a path to grow to more than 950 locations across the U.S. It is expecting to open 25 to 30 new stores this year, and hopes to keep a fairly steady pace of store openings for years to come.

Net sales have soared from $335.7 million to $638 million over the past four years. But sales at stores open a year or more, a key retail metric, have grown at more modest annual rate of 1.7% during that time. Butler touted the consistency of the company’s same-store sales growth and said the retail chains perform well across all markets.

Ollie’s has no e-commerce business; unlike its competitors, it is a pure-play brick-and-mortar retailer. The manufacturers that stock Ollie’s stores wouldn’t want their closeout deals broadcasted publicly on the web, Butler said. Ollie’s is unique in that it stocks new goods daily, depending on what manufacturers unload, and it doesn’t always consistently stock the same goods. That differs from the steadier merchandising approach of Walmart and others.

Next year, Ollie’s plans to start sending targeted ads to its most loyal customers, of which there are about 5.2 million, by Ollie’s count. Ollie’s will email those customers when it gets something they have bought in the past. Ollie’s hopes that marketing to loyal customers — who on average spend 37% more than non-loyalty program customers — the retailer can more significantly boost sales.