There are robot receptionists at this Japanese hotel 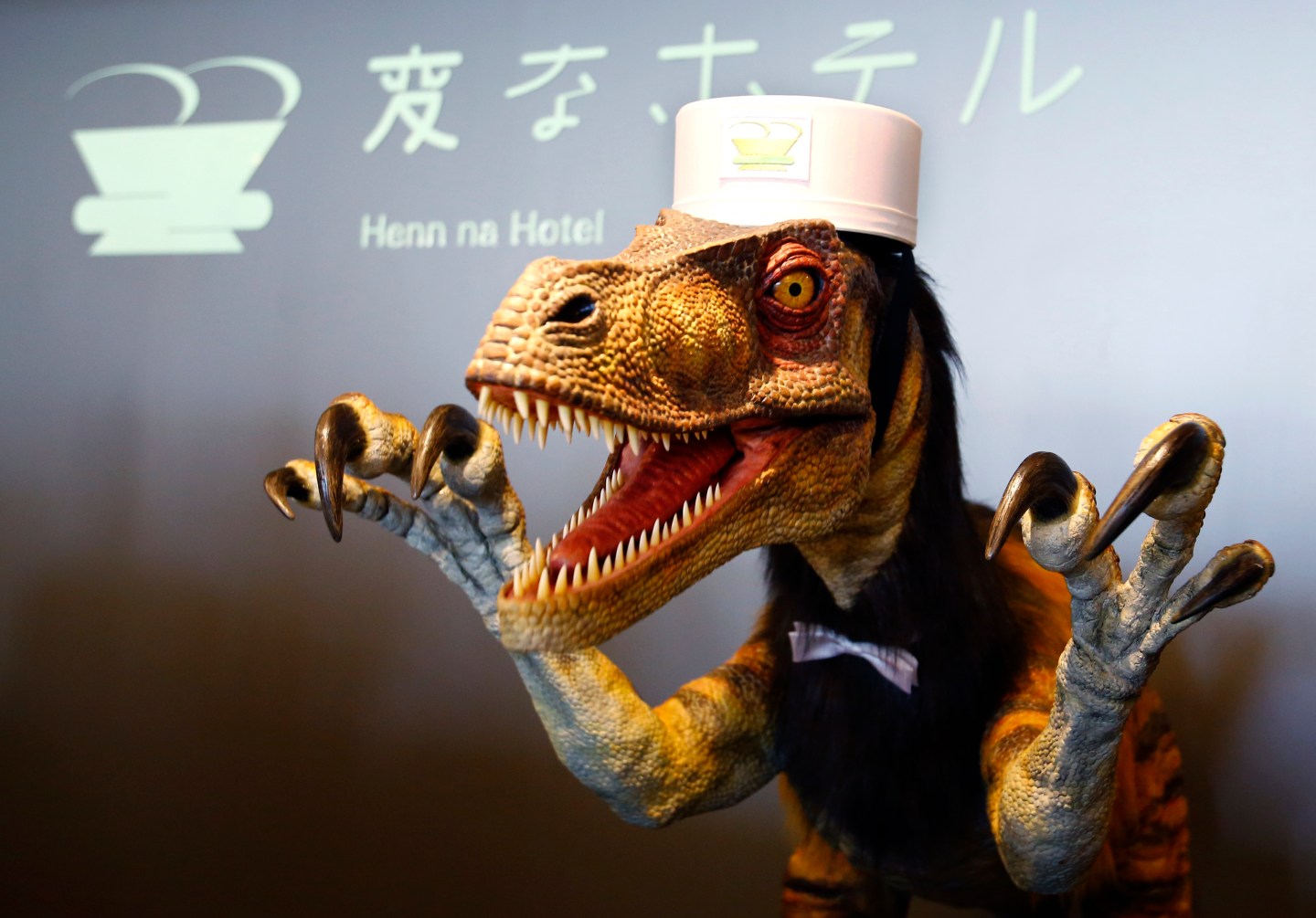 A receptionist dinosaur robot performs at the new robot hotel, aptly called Henn na Hotel or Weird Hotel, in Sasebo, southwestern Japan, Wednesday, July 15, 2015. From the receptionist that does the check-in and check-out to the porter thats a stand-on-wheels taking luggage up to the room, the hotel, that is run as part of Huis Ten Bosch amusement park, is manned almost totally by robots to save labor costs. (AP Photo/Shizuo Kambayashi)
Photograph by Shizuo Kambayashi — AP

Step aside, receptionists. Robots are coming to get you. At least, that’s what’s happening at a hotel in Japan.

Called Weird Hotel, the place of business uses robots in order to cut costs, according to the Associated Press.

The owner of the hotel, Hideo Sawada, says robots are used to boost efficiency, too, and not as a gimmick to attract tourists. Interestingly, the robots have been made to look like dinosaurs. “If you want to check in, push one,” it says in English. The visitor then needs to enter their information into a touch screen.

The hotel also makes use of facial recognition technology to complete the check-in process and to help the visitors replace their door keys. “I wanted to highlight innovation,” according to Sawada when speaking with reporters who toured the hotel. “I also wanted to do something about hotel prices going up.” It costs about $80 per night to stay at the hotel.

But robots don’t totally run the show. There are security cameras around the hotel that are monitored by security officials to ensure guest safety. There’s another important reason, too: To make sure no one steals the robots.