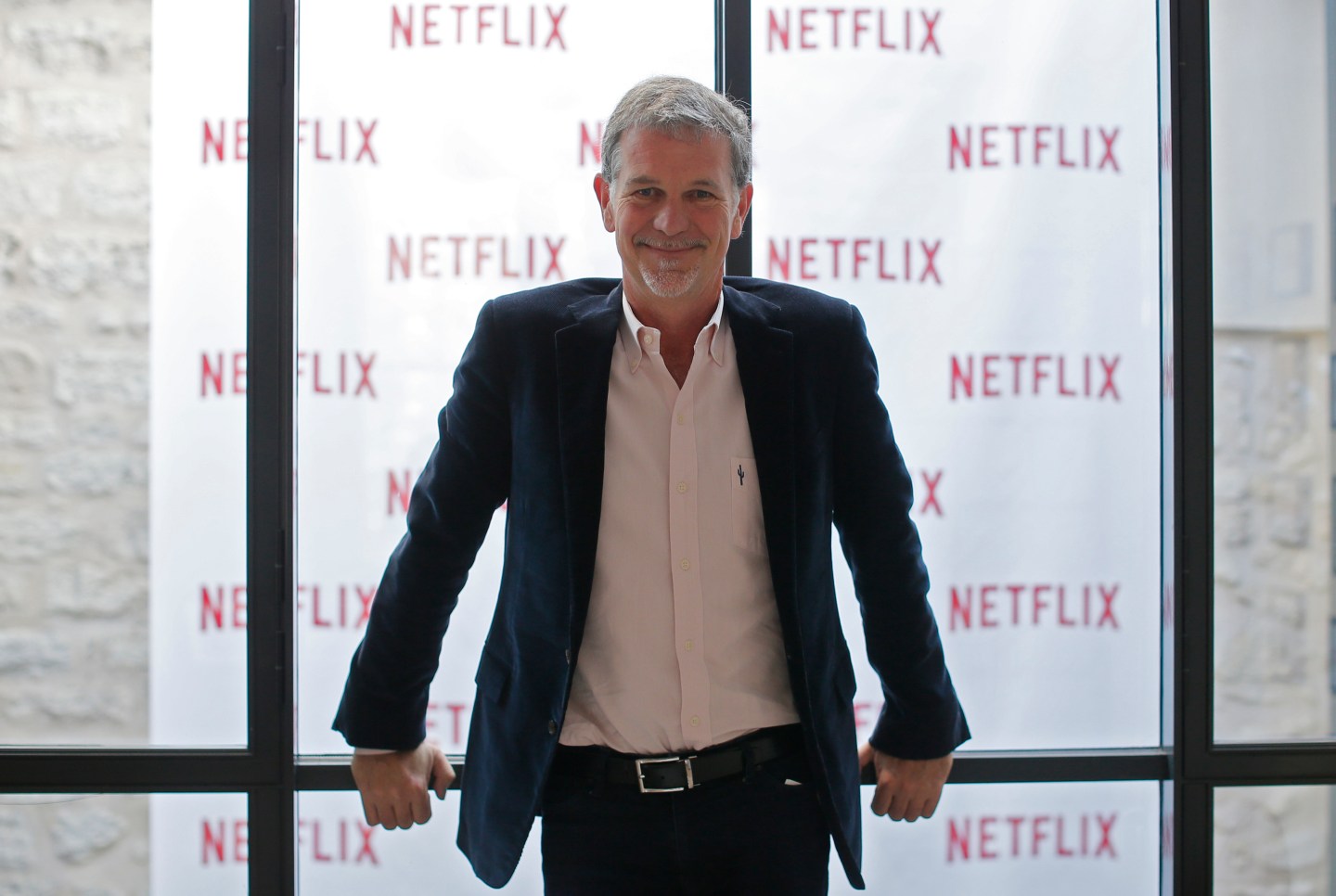 Reed Hastings, founder and CEO of Netflix, poses during an interview with Reuters in Paris September 15, 2014. Netflix launched its video streaming service in France on Monday and teamed up with Bouygues to offer its content on France's third-largest telecom operator's set-top boxes. Netflix will focus its efforts in the next year on ramping up in its six new European markets, including France and Germany, before taking the video streaming service to additional countries, said its chief executive in an interview. REUTERS/Gonzalo Fuentes (FRANCE - Tags: BUSINESS ENTERTAINMENT SCIENCE TECHNOLOGY) - RTR46A5F
Photograph by Gonzalo Fuentes — Reuters

The company said Wednesday that it had more than 65 million subscribers, in total. Of those, 42 million are in the U.S. and another 23 million were international. Netflix predicted it would have 69 million subscribers by the end of the third quarter.

The strong results helped lift Netflix’s shares (NFLX) more than 10% in after-hours trading to around $107. The earnings came a day after Netflix went ahead with a 7-1 stock split that may tempt more average investors to take a position by reducing the share prices from above $700 to closer to $100.

The company reported a 6 cent per share profit (based on the post-split share price). This would be equivalent to 42 cents prior to the split, which beat the 28 cents analysts predicted. But the amount fell well short of the 16 cents EPS (post-split) the company posted in the same quarter a year ago. Revenue for Q2 was $1.481 billion which compares to $1.223 billion last year.

Netflix, which has a more volatile stock than many companies, has seen its share price tumble after every one of its second quarter earnings reports in the last six years – even though most of those reports likewise beat expectations.

Prior to the earnings release Greenlight Capital’s David Einhorn’s groused about Netflix’s original programming efforts, saying the popular House of Cards “appeared to be scripted to compete with Ambien.”

Netflix executives, including CEO Reed Hastings, discussed the numbers via a live YouTube conference on Wednesday afternoon. Hastings credited a strong launch in Australia and the popularity of Netflix’s Spanish language content with subscribers as some of the reason’s for the successful quarters. You can get more highlights from the conference call here.