How swarming traffic lights could save drivers billions of dollars 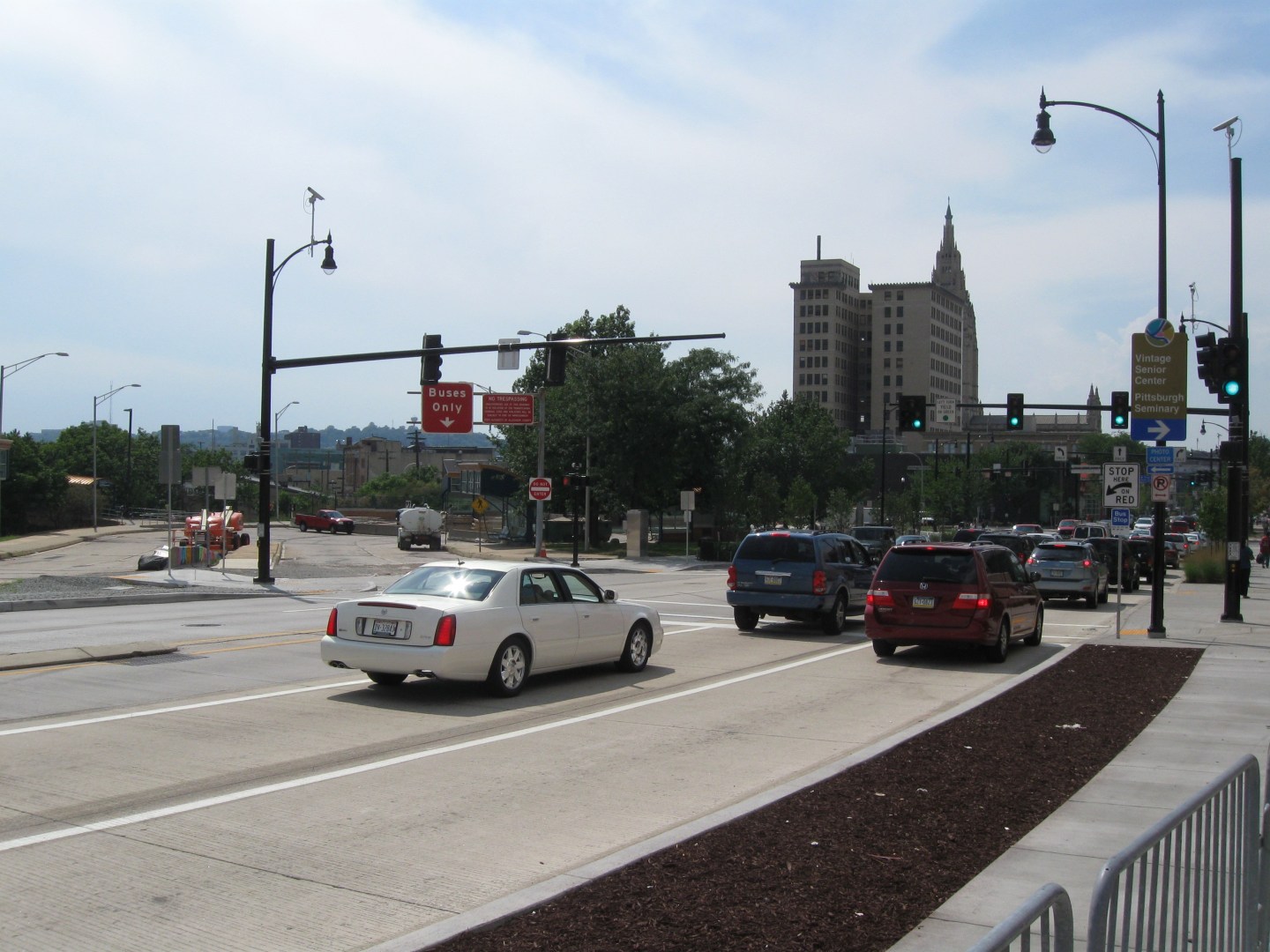 One of nine original Surtrac-based signals in Pittsburgh, showing cameras and sensors.
Surtrac

Maybe you’ve muttered it to yourself, in a moment frustration, as you tap the steering wheel and stare at a persistent red.

“The way conventional systems work, you preprogram those timing systems in advance,” he explains. “But as soon as you install them, they start to age. Patterns and flows are continually evolving.”

Reprogramming a single intersection as population and geography shifts costs thousands of dollars—so some municipalities rarely get around to it. The signal patterns keeping you stuck in traffic may be three to five years out of date, if not more.

The resulting inefficiencies multiply into the broader economy. The Texas A&M Transportation Institute’s Urban Mobility Report found that in 2011, congestion cost the U.S. an aggregate $121 billion dollars, up from just $24 billion in 1982.

Smith is hoping to change that. On top of his position as a research professor at Carnegie Mellon, he’s the head of Surtrac, a startup that’s applying cutting-edge artificial intelligence and planning to traffic management. Surtrac’s smart traffic signals rely on advanced sensors and powerful processing to update their patterns, not every few years, but every few seconds, in response to shifting traffic volumes and unexpected events like accidents or road closures. They’ve been deployed in a growing pilot study in Pittsburgh’s East Liberty neighborhood since 2012.

Smith is quick to point out that he didn’t invent the concept of dynamic traffic signaling. Los Angeles installed one of the earliest such systems, now known as the Automated Traffic Surveillance and Control system, in preparation for hosting the 1984 Olympics. It’s still busy coordinating over 4,500 traffic lights through a powerful central computer, which makes timing decisions with less and less human input.

Smith is convinced, though, that centralization is a weakness of systems like the one in Los Angeles. Instead, Surtrac lets each signal make its own traffic management decisions. Though the signals share information with their neighbors, there’s no central control, and no active human management.

“A few months after we originally installed the pilot, one of the major arteries through our area got cut off,” Smith says. “Traffic patterns changed completely—we didn’t do a thing.”

What emerges, though, can look highly coordinated.

“By communicating with your neighbors, information can propagate multiple hops,” explains Smith, “So you can actually end up building a reasonably long-horizon plan in a distributed way.”

Surtrac’s signals cooperate in much the same way groups of ants or birds do in nature. This approach, sometimes referred to as “swarming,” has become frequently discussed as a way to coordinate groups of autonomous drones for tasks such as surveying or search and rescue. Advantages of the approach include scalability—additional lights can be added very easily—and durability—one unit can go down, and the rest will automatically adjust to compensate.

The results Surtrac has achieved in Pittsburgh are dramatic. Smith says travel times in the pilot area have been reduced over 25%, thanks mostly to a 40% reduction in idling. That also translates into a 21% emissions reduction. Those results significantly edge out the 16% congestion reduction achieved by the Los Angeles system, though Surtrac’s results are from only 24 traffic lights. The pilot, funded by local foundations and public-private partnerships, will be expanded this summer to include 25 more signals.

With the expansion, Surtrac’s adaptive technology will get the best test so far of its effectiveness. The city will first be re-timing the lights on a conventional model, and that setup will run while Surtrac installs its smart system. That means they’ll be measured against a conventional setup at its freshest.

Smith is confident of the outcome. “A lot of the conventional wisdom is that adaptive signals can’t work in dense urban areas,” he says. “We’re definitely proving that wrong.”