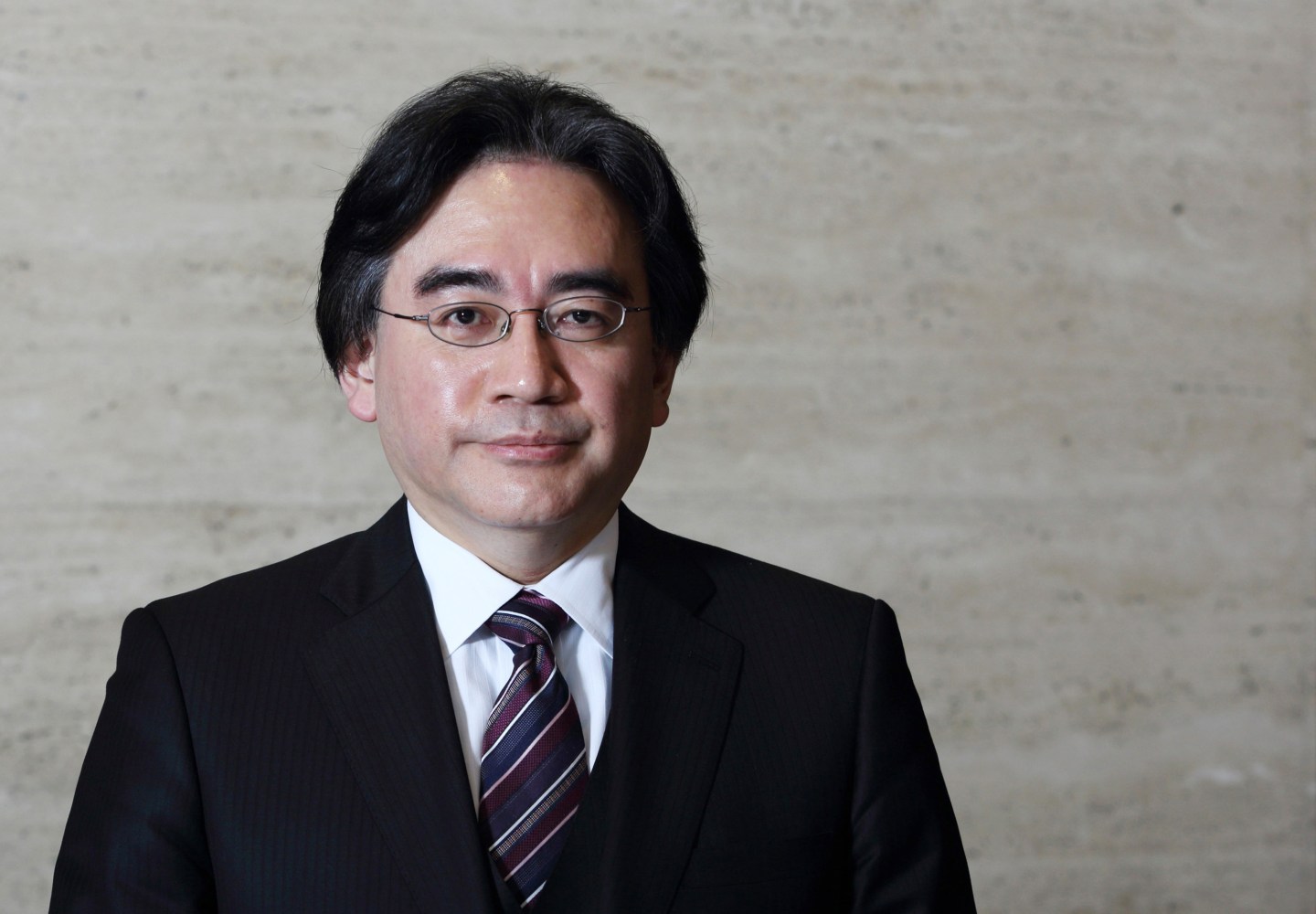 FILE PHOTO: Satoru Iwata, president of Nintendo Co., poses for a photograph in Tokyo, Japan, on Thursday, May 8, 2014. Iwata, who led the Japanese gamemaker back to ascendancy in the early 2000s with the Wii console, died July 11, 2015, from bile duct cancer, the Kyoto-based company said in a statement. Photographer: Tomohiro Ohsumi/Bloomberg via Getty Images
Photograph by Tomohiro Ohsumi — Bloomberg via Getty Images

Satoru Iwata, who led video game maker Nintendo through one of the most successful periods in its history, has died at the age of 55, Nintendo said Sunday.

“Nintendo Co., Ltd. deeply regrets to announce that President Satoru Iwata passed away on July 11, 2015 due to a bile duct growth,” the company said in a succinct statement.

News of Iwata’s passing shocked the video game industry. As recently as last month, he appeared in a marketing video the company presented during the E3 annual video game trade show.

In truth, Iwata has been fighting the bile duct growth for two years. He skipped E3 in 2014 to have surgery for the condition. And, again this year, he declined to appear in person, though the company did not indicate health as the reason for the decision.

While the illness was known, many thought he would make a full recovery based on his comments about the diagnosis.

“In general, it is said that a bile duct growth can be difficult-to-treat, partly because of the difficulty of detecting it early,” he wrote in a letter to shareholders last year. “In my case, luckily, it was detected very early and I had no symptoms. I was counseled that removal at an early stage would be the desirable medical option. Therefore I had surgery last week, and I came through it well, as predicted.”

Iwata was the fourth person to serve as president of Nintendo. He succeeded Hiroshi Yamauchi, who transformed Nintendo from a card company into a video gaming superpower. Prior to his role as a gaming executive, Iwata was a game maker – specifically, a programmer at HAL Laboratory, which is known for the Kirby and Super Smash Bros. franchises. He took over as president in 2002.

“On my business card, I am a corporate president,” he said in 2005 at a keynote speech at the Game Developers Conference. “In my mind, I am a game developer. But in my heart, I am a gamer.”

Iwata’s tenure as president took Nintendo in many new directions. The Nintendo DS handheld video game console was a revolution in mobile gaming – and has sold more than 200 million units since its 2004 launch. And he offered fans a peek behind the curtains, something the notoriously secret Nintendo had never done before, by hosting a series of game developer interviews known as “Iwata Asks.” He also led the charge with the company’s “Nintendo Direct” broadcasts, during which the company would unveil new games and features.

But Iwata’s legacy will undoubtedly be the Nintendo Wii – a console system that helped the industry reach a large number of new players. The system eventually sold 101 million units, despite initially facing plenty of naysayers, who scoffed at the non-standard controller.

Those criticisms never caused Iwata to waver in his confidence.

Before his passing, he was once again trying to steer Nintendo into new waters. Work is already underway on a Nintendo game for Apple iOS and Android devices. Next year the company plans to reveal details about its new console system – currently code named NX. And a little over a year ago, he announced the company would be making products that focus on the quality of life – the first of which is a sleep monitor.

While the company searches for a new president, two longtime staffers will lead Nintendo. Genyo Takeda and Mario creator Shigeru Miyamoto will share the titles of representative director and senior managing director.