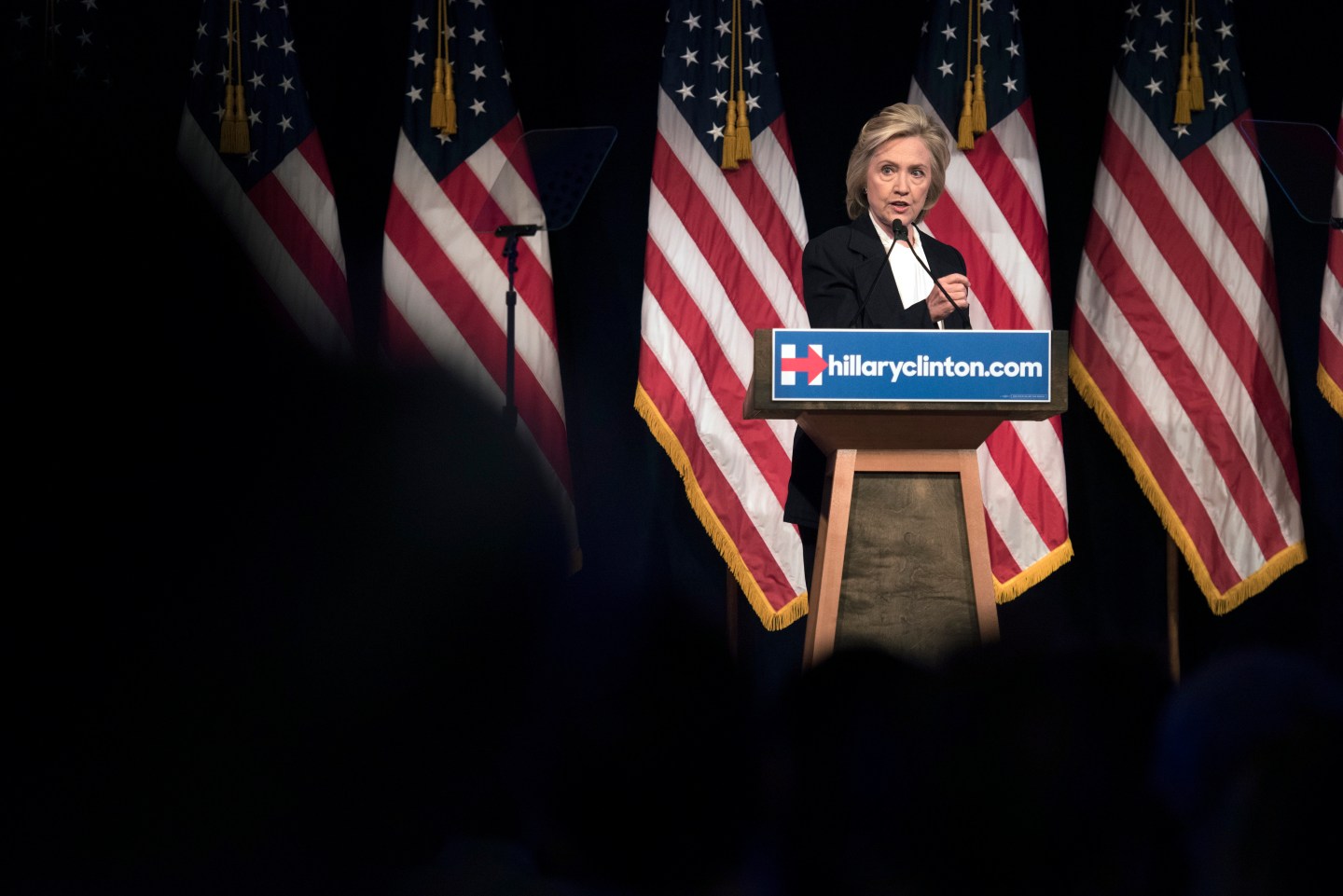 Sharing economy companies that rely on contractor or “1099” workers may have a new opponent in Hillary Clinton.

In delivering her first major economic policy speech on Monday, the Democratic presidential hopeful took aim at Wall Street and vowed to push for higher wages for everyday Americans. She also weighed in on the sharing economy’s controversial relationship with workers.

Early in her speech, Clinton said sharing economy companies provide opportunities for workers to pick up supplemental income. “Many Americans are making extra money renting out spare rooms, designing websites, selling products that they designed themselves at home, or even driving their own car,” she said, in what could be interpreted as a reference to Airbnb, Etsy, Uber, and Lyft. But as the on-demand economy “creat[es] exciting opportunities and unleash[es] innovation,” Clinton said, “it’s also raising hard questions about workplace protections and what a good job will look like in the future.”

Indeed, ride-sharing app Uber is facing regulatory heat after the California labor commission, in a non-binding ruling, found that a former San Francisco-based Uber driver was not an independent contractor of the company but rather an employee. Uber has long maintained that it is a simply a platform that connects drivers and passengers. Based on that stance, Uber has classified its drivers as contractors, which has allowed it to cut many costly corners of labor law, like not having to pay for Social Security and unemployment insurance or compensate drivers for overtime and breaks. Other companies with similar business models—connecting customers with workers who provide services—that also rely on contract workers have come under similar scrutiny. Workers for on-demand delivery service Postmates, shipping company Shyp, and laundry service Washio sued their employers recently, claiming that they should be classified as employees, not independent contractors.

In the wake of the legal action, a few companies are already changing their ways. Earlier this month, Shyp announced that it was reclassifying its “1099” workers—a reference to the tax designation for independent contractors—as W2 employees. Instacart, a grocery delivery startup, announced a similar move in June.

And, if it’s up to Hillary Clinton, more companies will join that bandwagon. In an effort to guarantee that Americans are paid fairly for their work, she said she “will crack down on bosses that exploit employees by misclassifying them as contractors or even steal their wages.”