After the Sony hack: When Microsoft and Google stepped up 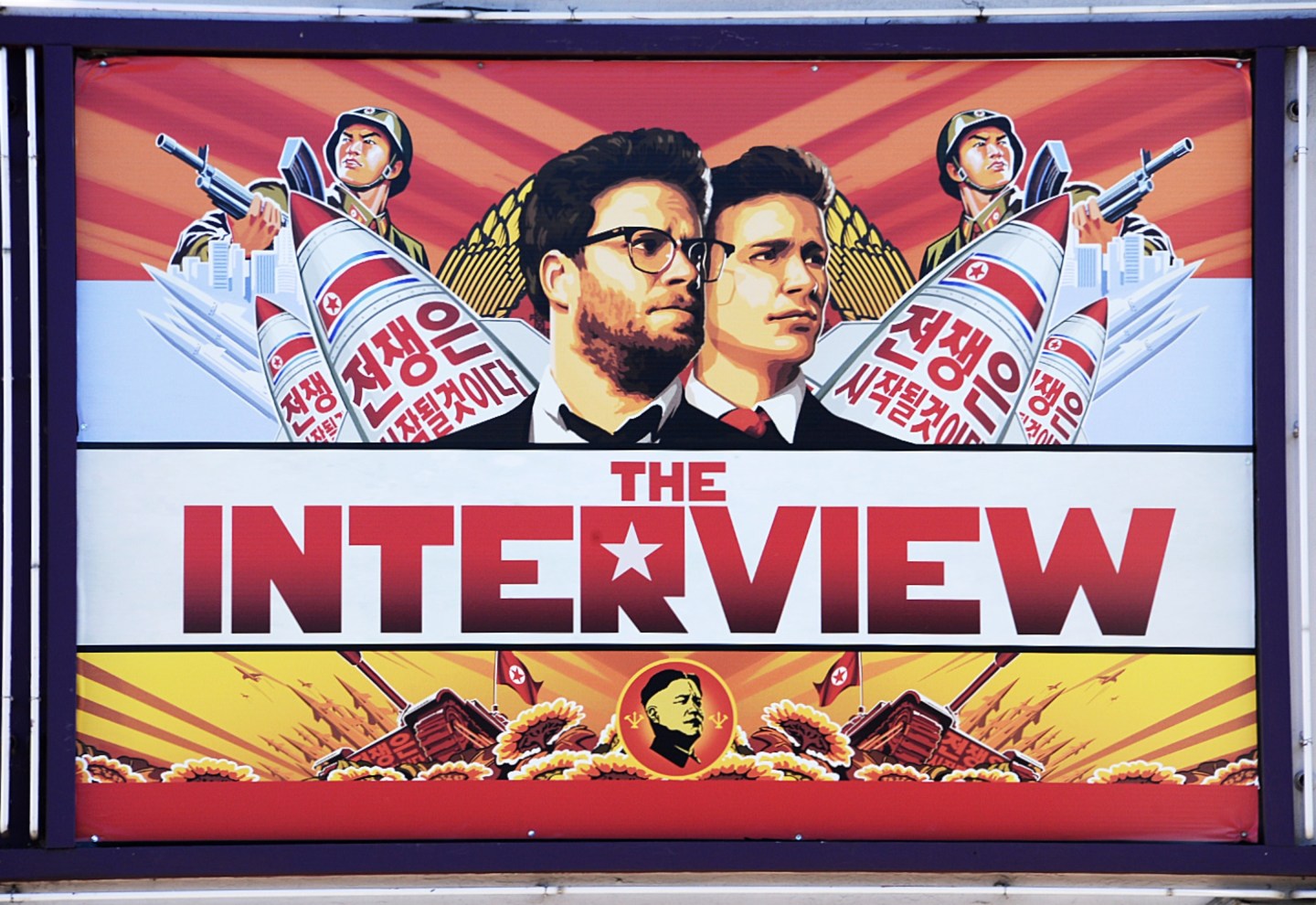 Amid the devastating cyberattack on Sony Pictures Entertainment and the controversy over The Interview late last year (both chronicled in Fortune’s current cover story), a small chapter of this bizarre, true-life story remains untold: the decision by Google (GOOG) and Microsoft(MSFT) to distribute Sony’s movie on their video-on-demand platforms—at a time when no one else would.

Google declined to discuss its thinking. But Microsoft executive vice president and general counsel Brad Smith spoke to Fortune in detail about why his company decided to act, when other corporate giants refused.

The setting for all this, of course, was the calamitous penetration of Sony Pictures, unleashed on November 24, in which hackers wiped out half the studio’s global network, then released a massive trove of private emails and documents. Sony’s assailants, who identified themselves as the Guardians of Peace, went 14 days without making any mention of The Interview—a Seth Rogen comedy depicting a plot to assassinate Kim Jong-un, North Korea’s actual leader. But the media quickly speculated that the Kim regime, which had denounced the film, was behind the attack. In mid-December, the FBI officially embraced that conclusion.

This untold chapter begins on Wednesday, Dec. 17, after the hackers had threatened a 9/11-style assault on any theater that dared to show what they called Sony’s “awful movie.” This prompted the five big theater chains to tell Sony they wouldn’t show The Interview, scheduled to open on 3,500 screens on Christmas Day. Amid a climate of chaos and fear, Sony then announced it was scrapping The Interview’s Christmas release altogether, even though more than 150 independent theaters still wanted to show the film, and the Department of Homeland Security declared it had “no credible intelligence to indicate an active plot against movie theaters.”

Sony was desperate to salvage as much as possible of its investment in the film, which cost $44 million to make and had a $32 million marketing budget; that required some sort of national “platform.” So, after the chains pulled out, the studio quietly began making inquiries to potential VOD providers, including Google and Microsoft.

But it had no immediate takers. Late in the day on Dec. 17, the studio publicly declared it had “no further release plans for the film.”

Over the next 48 hours, Sony faced a tsunami of scorn, as critics decried its “capitulation” to the hackers’ threats. The most potent barb came on Friday, Dec. 19, when President Obama declared at a press conference that Sony (SNE) had “made a mistake.”

By Saturday morning, Dec. 20, Sony, seemingly stung by the attack, was pursuing the VOD option with fresh vigor. Microsoft’s Smith, vacationing with his wife and two children in Vietnam, first heard about Sony’s interest then, when a deputy emailed him: “Sony is under considerable pressure to release the film, and appears to be scrambling to release a plan.” (Sony initially wanted to set a premium price for the film: $17 for a 24-hour rental. Ultimately, the studio cut the price to $5.99.)

The first reaction inside Microsoft was skeptical, says Smith. “A number of people inside the company thought this was not a great idea—that it was just going to increase our risk profile. It was definitely the prevailing sentiment: ‘Hey, let’s just go back and tell them ‘no.’…This makes us a bigger target.’ ”

At that point, Microsoft was already anticipating an unrelated Christmas Day assault on its Xbox Live network, which the company also uses to sell and rent movies to customers. (Both Microsoft and Sony’s PlayStation would face cyberattacks; a group called the Lizard Squad claimed responsibility.)

Smith thought the solution was to line up “dozens of sites” to show the film simultaneously. “If the industry really wants to make a statement,” he wrote Microsoft colleagues, “the best approach is one that distributes so broadly that there is no single or small group of potential sources to attack.”

But there was a big problem with that idea: Google was the only other company that seemed willing to show the film. One executive likened the situation to “the prisoner’s dilemma,” where a group benefits the most if everyone participates, but each individual remains reluctant to do so.

From Ho Chi Minh City and Redmond, Microsoft worked to enlist others. Smith emailed an executive at Amazon.com. Inquiries were made to Apple(AAPL), Verizon (VZ), and Comcast(CMCSA). Smith also pressed Sony—which, as one Microsoft executive put it, was “looking firstly to third parties”—to make its film available on its own VOD platform. Says Smith: “I was pushing Sony to distribute this through the PlayStation Network. If it was going to be on Xbox, it should be on their system.”

But all refused, dooming Smith’s plan to spread the risk. “We obviously did not get the kind of response we were hoping for from other companies,” says Smith. (Sony spokesperson Robert Lawson says the company didn’t offer the film on PlayStation because it already had “other Christmas release plans on its network.”)

Only Google was in. “Given that we have so few, it doesn’t feel wise to participate,” a senior Microsoft executive advised, on Sunday morning Pacific Time. Reasoning that this should be “a CEO decision,” Smith then contacted Microsoft chief Satya Nadella, who was on his own holiday trip to India. “I think this is the type of thing that is best done with more companies rather than fewer,” Smith noted. “That way, the distribution is the broadest, the political statement is the strongest, and the protection against retaliation is better.”

Recalls Smith: “His very strong reaction almost immediately was, ‘This is the kind of thing that is worth our doing. But we also need to make sure we’re well prepared.’”

By Tuesday, Dec. 23, Sony was preparing to announce the next morning that The Interview would be available for viewing on two Google platforms, Google Play and YouTube, starting at 10 a.m. Pacific Time. Sony also arranged for it to be streamed on a website, www.seetheinterview.com, “powered” by technology from a start-up called Kernel.

That night, after concluding that his company was well-prepared, Nadella decided that Microsoft would join Google in offering The Interview. In an email to two dozen senior executives (the CEO also notified the board of directors), Nadella wrote that the situation demanded “being bold in supporting the rights of American citizens.”

“It’s time for all of us to rise to the occasion, knowing that we as a company stand for core values and principles that are worth protecting,” the CEO added. He noted that he’d asked “a number of our employees to spend some of their holiday time getting on high alert with respect to our operational security.”

The VOD release went off without any further response from Sony’s cyber-assailants. (Sony also released the movie to about 320 art-house theaters, which began showing it on Christmas Day.) After several days without incident, other companies—including Apple and Sony—began offering the film too. To date, The Interview has brought in more than $40 million on VOD, making it the biggest digital seller ever.

To read Fortune’s Sony cover story, “Inside the Hack of the Century,” click here.