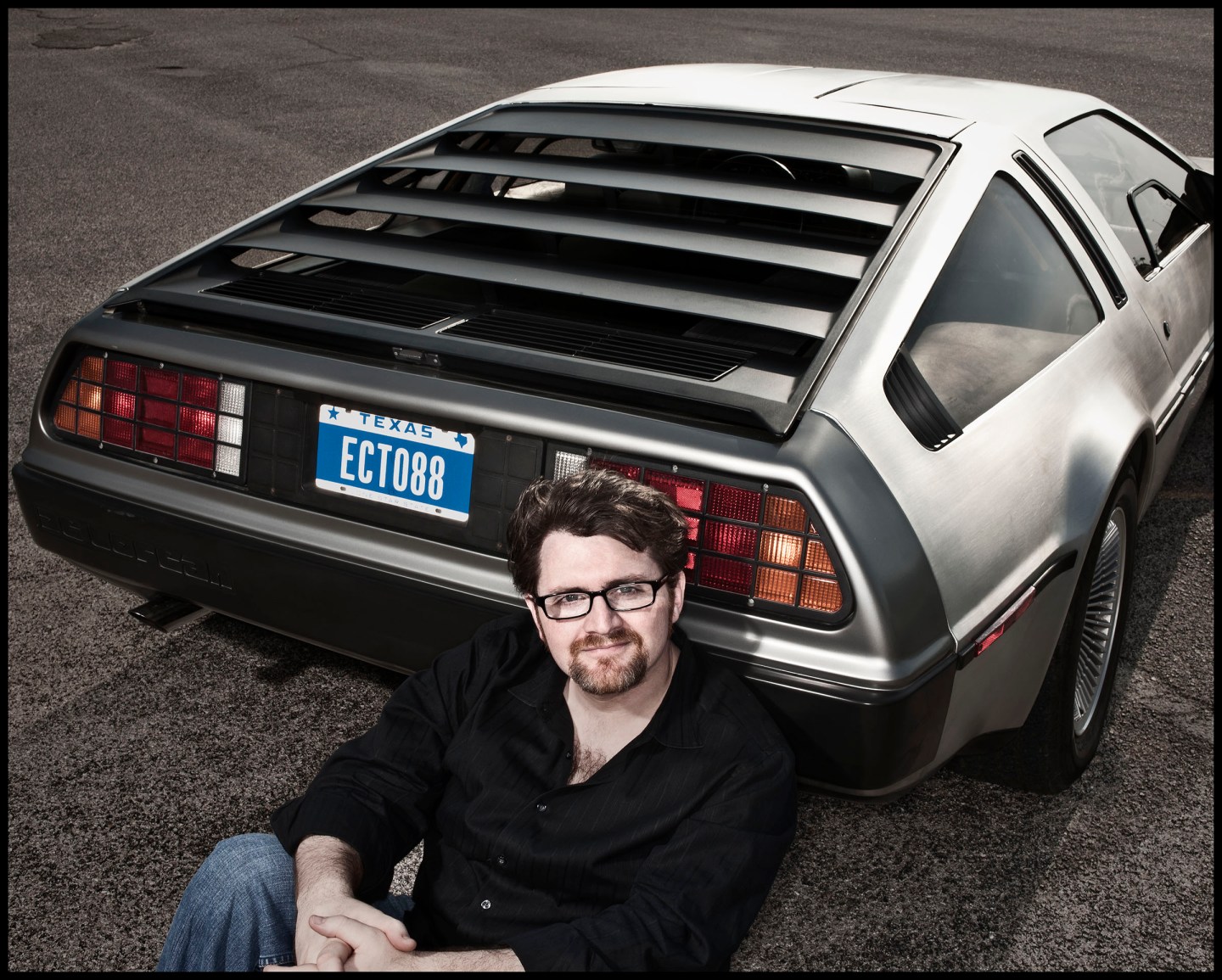 The internet seems universally against the film adaptation of Ready Player One.
Courtesy of Dan Winters

Over the past four years, bestselling author Ernest Cline has watched the fictional world of virtual reality that he conceived in his 2011 book, Ready Player One, become an actual reality.

With Zak Penn writing the screenplay and Steven Spielberg set to direct the big screen version, a lot more people are going to be exposed to Ready Player One—but the people at the forefront of developing VR are already very familiar with the Cline’s book.

“What’s really astounding to me is a lot of the guys at Oculus VR and other companies who were creating VR tell me that Ready Player One is one of their primary inspirations in getting into virtual reality,” Cline says. “I’ve been to Oculus a few times to do book signings and things there and they tell me Ready Player One is like required reading for new employees. The book came out right as Palmer Luckey was doing his initial Kickstarter campaign and everybody recommended it to him and he read it and loved it and now he recommends it to everybody that comes to work at Oculus, including pioneers in the computer fields like John Carmack and Michael Abrash.”

Cline says like most science fiction writers, he underestimated the speed with which humanity would progress to his imagined future. Ready Player One takes place 30 years from now.

“Right around this time is when I imagined virtual reality takes off, so seeing where it is in 30 years will be amazing,” Cline says. “Oculus Touch has gloves that allow you to pick up virtual balls and turn door knobs inside VR, and there are all types of force feedback devices, suits, the Virtuix Omni multi-directional treadmills that are either Kickstarting or having companies invest in them. It’s amazing to see all of these things I had imagined happening. And with all the competition with Sony, Oculus, Samsung, and Valve in this space, that’s when it’s going to become cheap and available to everyone.”

Not to mention that the Ready Player One movie could be at the forefront of a new type of VR experience, thanks to Warner Bros.’ (TWX) investment in Magic Leap augmented reality technology and its acquisition of the film rights.

“Ready Player One could be the first movie that incorporates some of this virtual reality technology into the film going experience,” Cline says. “Magic Leap could play a role in the way the movie is presented. It’s not a head-mounted display, but it alters the light that already goes into your eye and makes the room around you more like a holodeck. That’s fascinating to me because that could allow film viewers to wear clear glasses like 3D glasses, but they could allow the action in the movie to spill out beyond the edges of the rectangular movie screen.”

“I’ve played EVE Valkyrie and Star Citizen on Oculus Rift and VR gaming has taken flight simulators a quantum leap forward today,” Cline says. “The old 2D flight simulators never really cut it because you couldn’t look to your right and see your wing or look around the cockpit controls. It’s not a huge leap to connect VR piloting with quantum data teleportation, which was successfully achieved late last year as I was finishing Armada.”

Cline is currently adapting a screenplay for Armada for Universal Pictures, and he hopes that both Ready Player One and Armada have VR games available in time for their theatrical releases. The technology is ready today for his vision of the future.