A company in crisis is an opportunity for change 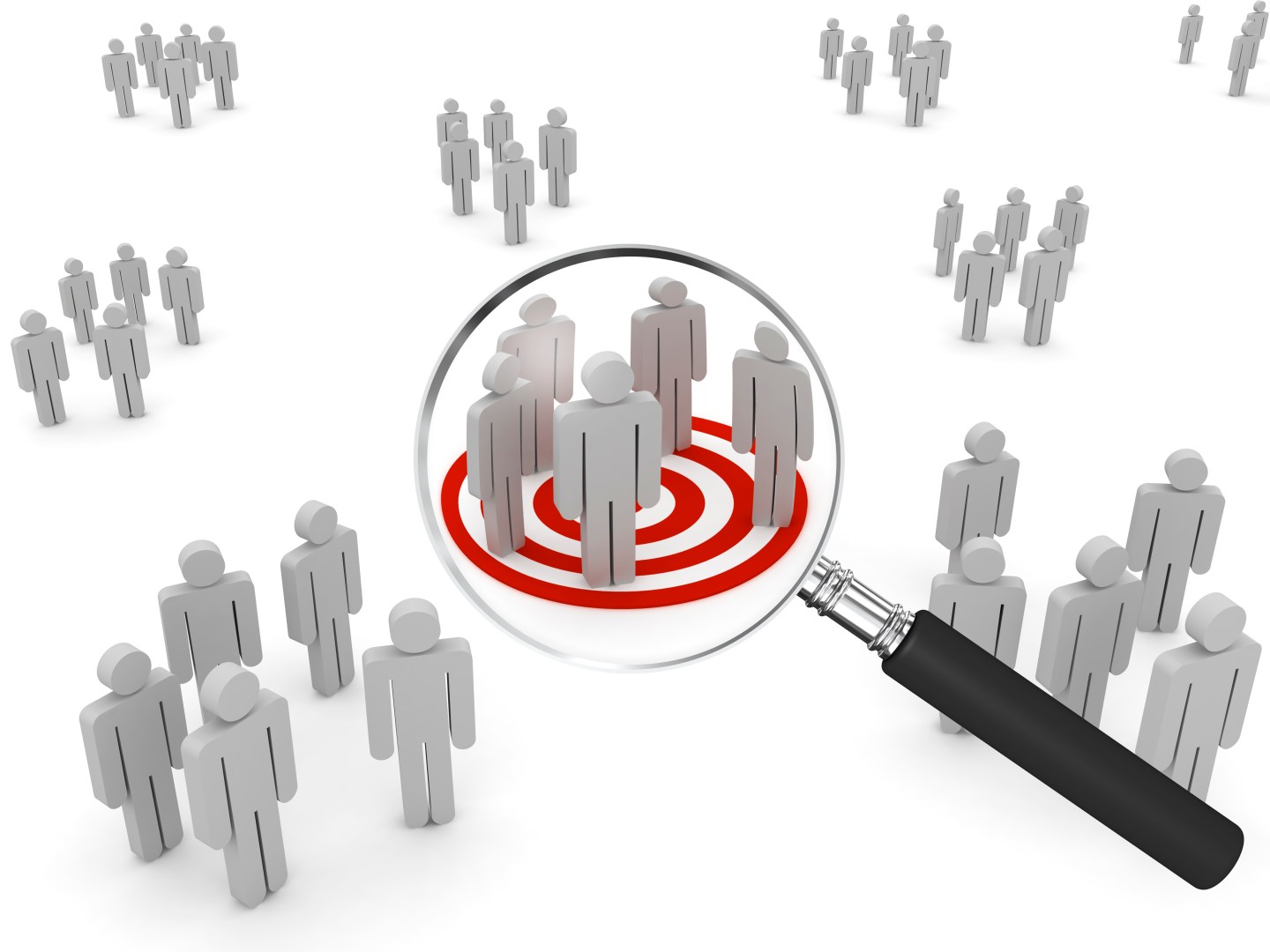 Other than hints provided by quarterly results or tidbits whispered by employees, it’s rare to get a glimpse into a broken company culture. But when Zara’s former general counsel in the United States and Canada filed a discrimination suit against top executives in the U.S., we got a snapshot of possible dysfunction at the fashion retailer.

In his complaint, Ian Miller said he had been discriminated against for being Jewish, American, and gay, claiming that “Zara favors employees who—like the Company’s founder and majority shareholder Amancio Ortega Goana (“Amancio Ortega” or “Mr. Ortega”)—are straight, Spanish, and Christian,” according to the lawsuit filed in a New York state court in Manhattan.

The suit reads like a suspended fraternity’s message board. Miller says Zara USA executives sent his significant other explicit photos, routinely spoke about prostitutes, disparaged transgendered individuals, and often used anti-Semitic language. Those attitudes impacted Miller’s pay raises compared to colleagues, according to the complaint. When Miller tried to address the issues, he said he was “unceremoniously terminated” in March 2015 without severance, despite working at Zara since 2008. In retribution, he’s asking for $40 million.

Ortega, among the world’s richest people, is not directly named as a defendant in the suit. However, Miller’s claim raises questions of how Ortega’s company manages employees around the globe.

Zara unequivocally dismisses the suit. “The allegations contained in Mr. Miller’s complaint are completely without merit and do not in any way reflect the company culture,” a Zara spokesperson told Fortune. “The appropriate forum to address these baseless claims is the court of law, and Zara USA will formally respond to these allegations in due course through the legal process.”

Regardless of the outcome, Zara USA is the latest example of a company whose culture has come under public scrutiny following a public imputation. For other organizations forced to face down a crisis, a sticky situation can become an opportunity for change. It compels leadership to examine and question long-held beliefs that no longer work and then show the public that it knows how to create a lasting transformation. Here are four ways a company can create change and move on—or stay the course and get left behind.

Changing company culture can take years to show real results. It’s ingrained in how an organization runs on a day-to-day level and nearly impossible to alter quickly. But when trouble hits, companies can make quick splashes. Lawrence Hrebiniak, emeritus associate professor at Wharton Business School and author of Making Strategy Work, says a company in crisis must publicize a short-term solution in order to show it’s taking steps to fix the problem down the road.

“It has to be proactive and attack the issue openly,” says Hrebiniak. “If it’s a misstep, then take action and publicize those actions.”

Sometimes a short-term maneuver can be as simple as firing the people directly involved with the crisis. At the end of 2014, Sony Pictures (SNE) found itself in hot water when a hack revealed racially tinged e-mails by then co-chairman Amy Pascal concerning President Barack Obama and the type of actors he might prefer to watch on the screen. In early 2015, Sony Pictures reacted quickly and publicly when it said Pascal had been shuffled to another unit. Pascal says she was fired. Either way, her removal was a quick response by Sony to start fixing the problem.

Focus on behavior over culture

The best way to change a broken culture can start with changing the way employees act. “Strong cultures don’t change very much, very fast, no matter what you do,” says Jon Katzenbach, author of several leadership books and senior advisor at PwC’s Strategy&. “Companies are far better advised to concentrate on keystone behaviors.”

You might not realize it now, but in the mid-1990s the pancake house Denny’s was roiled in lawsuits over how its franchises treated minorities. One famous incident involved President Bill Clinton’s security detail. When they visited an Annapolis, Md. Denny’s, the black members of the team said they went unserved while watching their white colleagues eat. In May 1994, Denny’s agreed to pay a $54 million settlement over a class-action lawsuit filed on behalf of thousands of black customers.

A year later, former Burger King CEO James Adamson took the helm of Denny’s parent company. In order to address the issues in the lawsuit, Adamson didn’t look to change the culture, but the behavior. He first ordered everyone who worked in the organization—including executives, managers and wait staff—to receive diversity training. He also improved programs to recruit minority franchise owners, who increased from one in 1993 to 64 by 2002, according to reports. Now minorities own 46% of Denny’s 1,700 restaurants. Adamson achieved these long-lasting results not by trying to change the restaurant’s culture, but by changing the behavior of those who shaped it.

The more granular you can get with the behavioral issue and what needs to change, the better off the company, post-crisis, says Katzenbach. This means avoiding issues of mindset, and instead, changing the behavior that allowed for the expression of that wrongful thinking. “If they pick a behavior right, it will have a positive effect on the culture,” he says.

While culture shifts don’t happen overnight, they’re still necessary, and they happen one of three ways, says Hrebiniak: changing a company’s structure, its people, or the incentives it uses to encourage employees.

General Motors (GM) chose to focus on structure when it made widespread organizational changes in 2012. A number of different departments—dubbed “fiefdoms” by GM—were hoarding information and processes, which made the automaker react slowly to industry changes since creating consensus among decision makers was nearly impossible.

Then-CEO Dan Akerson led a plan to centralize the company’s divisions by increasing the role of upper management and empowering those in headquarters with stronger domain over regional offices. “The goal was to break down the fiefdoms and help create a culture of information exchange and cooperation at the highest levels that would combat the previously decentralized fiefdoms,” says Hrebiniak.

Two years later the plan is showing results. Under current CEO Mary Barra, that organizational structure remains, which made it easier for her to incorporate changes and add a product integrity team when GM had to recall 30 million vehicles in 2014.

Probably the worst way a company can react to a crisis is by ignoring it—especially after the public has gotten a peek at its dirty laundry.

In July, American Apparel announced its second round of layoffs this year along with plans to close stores. The moves can be blamed, in part, on the bad publicity and leadership that accompanied founder and former CEO Dov Charney. Over the course of several years, he ran the company from a fashion darling into a penny stock.

During that time, the rest of American Apparel’s leadership couldn’t plead ignorance. For years, the company faced numerous lawsuits and accusations of sexual misconduct on the part of Charney with employees. Many of those complaints have been dismissed or settled out of court, but they did reveal a top-down culture of inappropriate behavior. In 2010 auditor Deloitte & Touche abruptly quit due to “weaknesses” in American Apparel’s financial controls, and over the next four years, the company hovered near bankruptcy. Still, no leadership change came until December 2014, when the retailer fired Charney.

This year’s layoffs and store closures may signal a next step in righting the company, but American Apparel still has to deal with its former CEO as the two sides lob ugly lawsuits at each other. Meanwhile, sales continue to fall, down 4% since last year.