Venezuela’s next shortage could be beer 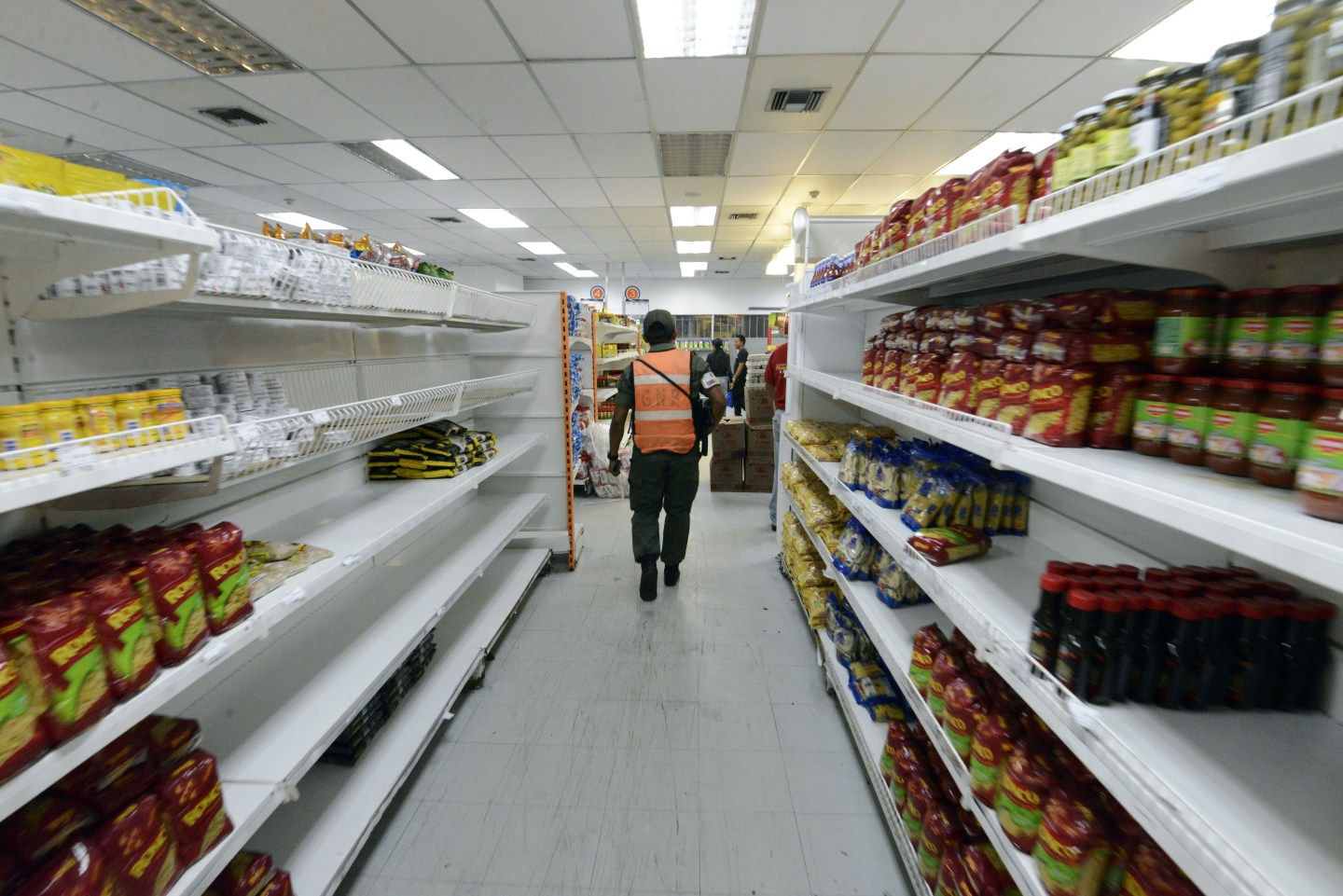 It looks like the citizens of Venezuela have one more thing to worry about: a national beer shortage.

Workers at some of the plants for the brewing company Empresas Polar — which the BBC says makes up to 80% of the country’s beer — are on strike. Last week, workers at the country’s largest private company walked out of two plants and 16 distribution centers, calling for higher wages.

While shelves at Venezuelan stores are not yet reflecting any shortages, Polar says it’s already struggling to get deliveries out to certain parts of Venezuela. On top of the strikes, the company is struggling to deal with shortages of raw materials, such as grain.

On Tuesday, Tarek Willian Saab, Venezuela’s human rights ombudsman, stepped in to mediate the dispute before the production slowdown could have repercussions for beer-drinkers. In Venezuela, beer is the drink of choice, accounting for 76% of alcoholic beverages consumed.

But beer isn’t the only product in Venezuela that consumers have to worry about. In fact, it might be the least of their problems: Milk, medicine, and spare machine parts have all faced shortages recently. In March, Venezuelans had become so concerned about shortages of basic goods that the government moved to install fingerprint scanners in grocery stores in order to crack down on hoarding.