Welcome to Marriott’s hotel room of the future, coming in 2016 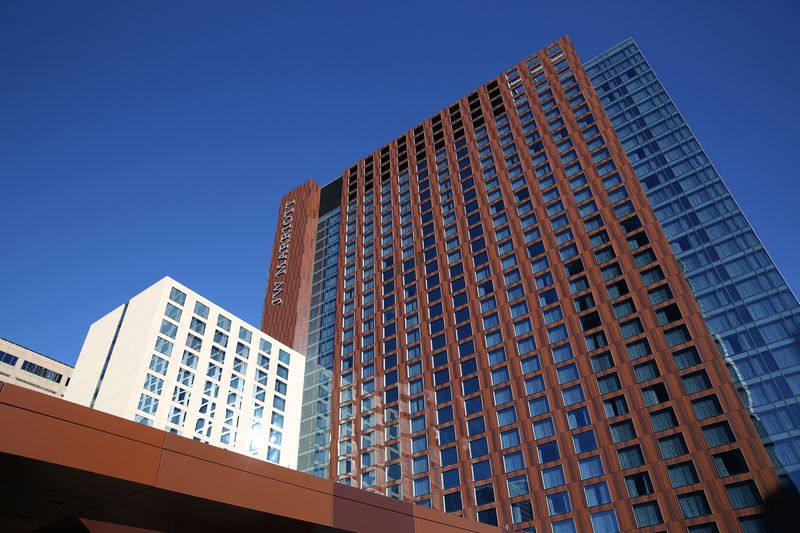 Marriott hotels are getting into the digital age. Not because it’s the cool thing to do, but because the company sees a chance to recapture some of the travelers who have turned to booking their hotel stays through online travel agencies such as Expedia. The hotel chain plans to install doors that you can unlock with your phone, let customers log in to their Netflix accounts from their room TVs, and may also offer wireless charging.

Not in the works (as yet) are internet-connected lights and shades, unless there’s a compelling return on investment—and currently Bruce Hoffmeister, CIO with Marriott, says he doesn’t see one. He says requiring franchisees to invest in new technology is a tough sell unless it can increase revenue or cut down on costs. However, he agrees that investing in a mobile app and mobile check-in experience has been essential to driving customers to book their stays through Marriott rather than online travel firms.

So far, customers can book their stays and get a notification via their iOS, Android and Windows phone (and now also through an Apple Watch app) when their room is ready, but hopefully in the fourth quarter of this year the app will also let customers in 20 hotels bypass the front desk entirely. Instead of checking in and getting their keys, guests can get a code that will allow them to unlock their room using the bluetooth radio chips inside their phones.

Starwood already offers this service in a limited number of hotels and Hilton also has plans to add the ability to its rooms. Marriott is testing it in its Baltimore Waterfront Marriott hotel today, and plans to test it in 20 more properties for about six months beginning in the fourth quarter of this year.

At the Marriott Digital Demo day held in Austin, Texas last week, I also saw a kiosk that could print a key for a customer based on a code generated from her phone. Thus, a user could get an extra key or replace an existing key without having to wait for someone at the front desk. As someone who frequently gets up to her door after a long day and realizes that her key no longer works, I’d like such a kiosk on every floor.

I also saw a demonstration of the Netflix partnership that in 2016 will allow customers to log into their Netflix (NFLX) accounts from the television in their room. Guests, many of whom attempt to stream services such as Netflix or Hulu using their tablets, will have a larger picture and better quality experience, while Marriott will be able to take back some of the wireless bandwidth those tablets eat up.

When asked what took the hotel chain so long to do this, Hoffmeister said the hotels had to ensure that the quality of the viewing experience would be acceptable for Netflix, which meant an investment in bandwidth and technology, such as the ability to flush a guest’s Netflix credentials from the hotel TV after they check out.

Other technologies that Marriott demonstrated included the ability to order food from the Marriott mobile app from your room, at the pool and in the bar. That will come later this year.

While it may seem that Marriott is replacing people with mobile apps, the executives at the event were clear that reducing staff isn’t in the plans. Indeed, services such as allowing guests to text their needs to the staff as opposed to making a call or visiting the concierge are becoming popular. And even after introducing a texting option, which lets people ask for extra towels or flowers in their room, the number of requests has stayed the same, at about a quarter of all guests.

In many ways, technology can help staff serve their guests more efficiently. Having guests offer a planned check-in time via the app helps housekeeping schedule room cleanings for the day, while the texting app lets employees accept many requests at the same time. We may one day see employees roaming the hotel’s halls outfitted with a wearable device as opposed to walkie-talkies, because managers can communicate information in a less intrusive way and leave employees’ hands free. However, Hoffmeister added that whatever wearable Marriott considered would have to be durable, so you’re unlikely to see the hotel engineer sporting an Apple Watch.

Finally, the hotels are adding wireless power (the ability to charge a device just by setting it on or near a charging pad as opposed to plugging it in) to some lobbies. The hotel is using the Qi (pronounced Chi) standard according to spokesman John Wolf, who said the chain is considering the technology as part of the rooms. “We’ll have to see how the technology matures, but it’s certainly exciting and on our radar,” he said.

However, wireless power—in the lobbies or the rooms—isn’t something that Marriott has mandated as part of a brand standard, which means that travelers may or may not get a chance to see this particular future in action.