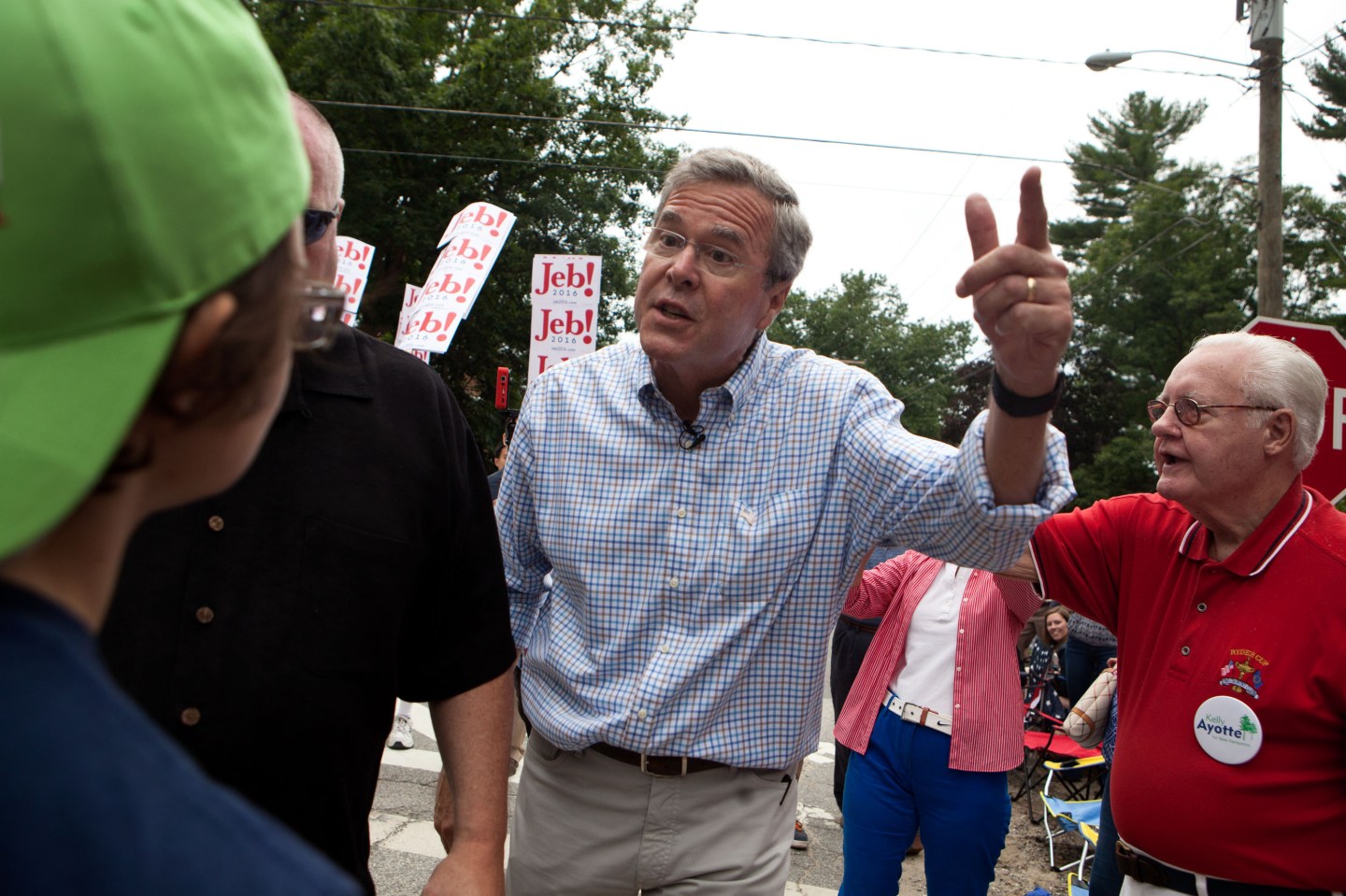 AMHERST, NH - JULY 4: Republican Presidential candidate Jeb Bush responds to a climate change activist who confronted him with questions at the 4th of July Parade in Amherst, New Hampshire. Bush is a front-runner in the polls for the 2016 presidential race with 14 other republican candidates. (Photo by Kayana Szymczak/Getty Images)
Photograph by Kayana Szymczak — Getty Images

Republican presidential candidate Jeb Bush on Wednesday made a proposal that may fail to gain widespread popularity.

In an interview with New Hampshire’s The Union Leader, Bush said that to grow the economy by 4%, “people need to work longer hours.”

The candidate’s campaign team said his comments were a reference to underemployed and part-time workers: “Under President Obama, we have the lowest workforce participation rate since 1977, and too many Americans are falling behind. Only Washington Democrats could be out-of-touch enough to criticize giving more Americans the ability to work, earn a paycheck, and make ends meet,” a Bush aide told ABC News. Bush’s opponents, meanwhile, used his remarks as a point of attack. The Democratic National Committee released a statement calling Bush’s statement “easily one of the most out-of-touch comments we’ve heard so far this cycle,” and citing them as proof that Bush would not fight for the middle class.

Bush’s remarks are a good opportunity to reexamine just how much Americans work. In short: a lot.

Americans logged 1,788 hours of work in 2013, one of the highest totals among industrialized nations, according to the Organisation for Economic Co-operation and Development. A report from tax and consulting firm EY in May found that 58% of managers in the U.S. say they work more than 40 hours a week. By comparison, just over a third of managers in the United Kingdom and just less than a fifth of managers in China said the same. In the U.S., close to one-third of managers reported an increase in hours in the past five years. A Gallup poll from last summer found that the average American works about 47 hours each week—nearly a full day longer than the traditional work week.