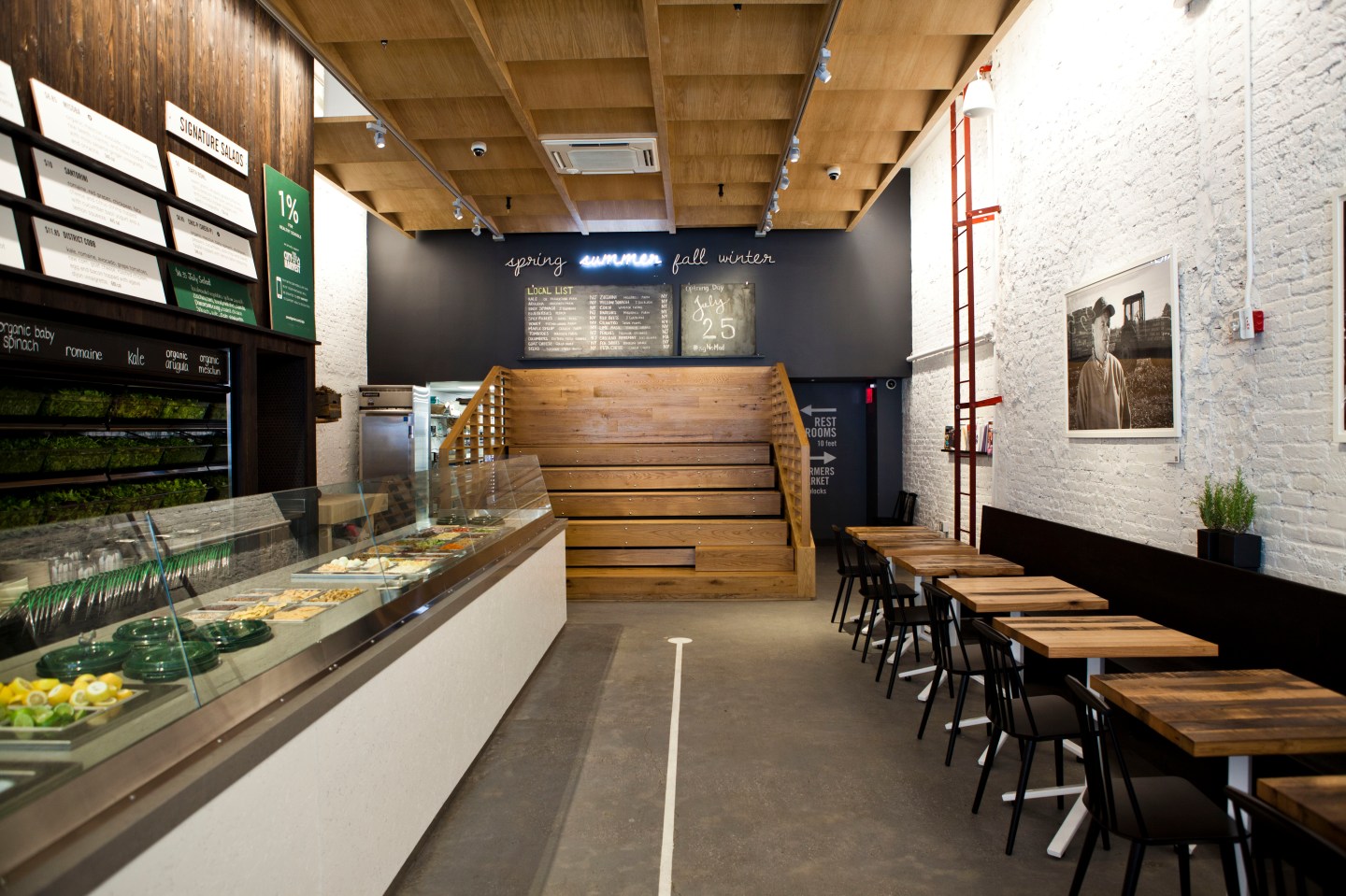 This round comes on top of an $18.5 million Series E in November, bringing the company’s total funding to $95 million.

Sweetgreen has grown to 31 locations since launching in the Georgetown neighborhood of Washington, D.C., in 2007. It has capitalized on shifting consumer eating habits, away from processed food toward fresh. Consumers have “a new expectation of transparency, of authenticity,” co-CEO and co-founder Jonathan Neman said. “They want food that they know where it comes from.”

Neman declined to discuss the company’s revenue, but the chain was on track to hit $50 million in sales when it disclosed its Series E round in November.

Neman and his co-CEOs were attracted to T. Rowe’s investments in other companies they respected, such as Twitter and Uber, and its long-term investment philosophy, he said. “It allows us to keep our vision without hitting a store quota,” he added.

The funding will go toward investments in technology and building the Sweetgreen team, both at the corporate level and hiring employees for new stores before they open, so they’re operating at full speed when they do launch. “We’re making huge investments in training and development,” said Neman.

The new capital will also go toward building Sweetgreen’s supply chain. “We want to bridge the gap between health and convenience, but do it at a national scale,” Neman said. He added that his and his co-founders’ goal is to take the ethos of Dan Barber’s Blue Hill restaurants—which highlight local and sustainable food—and apply the speed of the fast-food industry to it.

That ethos, however, requires money. Sweetgreen has to build up its supply chain ahead of opening in a new city, vetting farmers and growers. Right now it plans its sourcing for new markets one store at a time, but the funding will help it shift to building out the supply chain for a longer-term goal of having a dozen stores in a market.