Why more women are rebelling against high heels 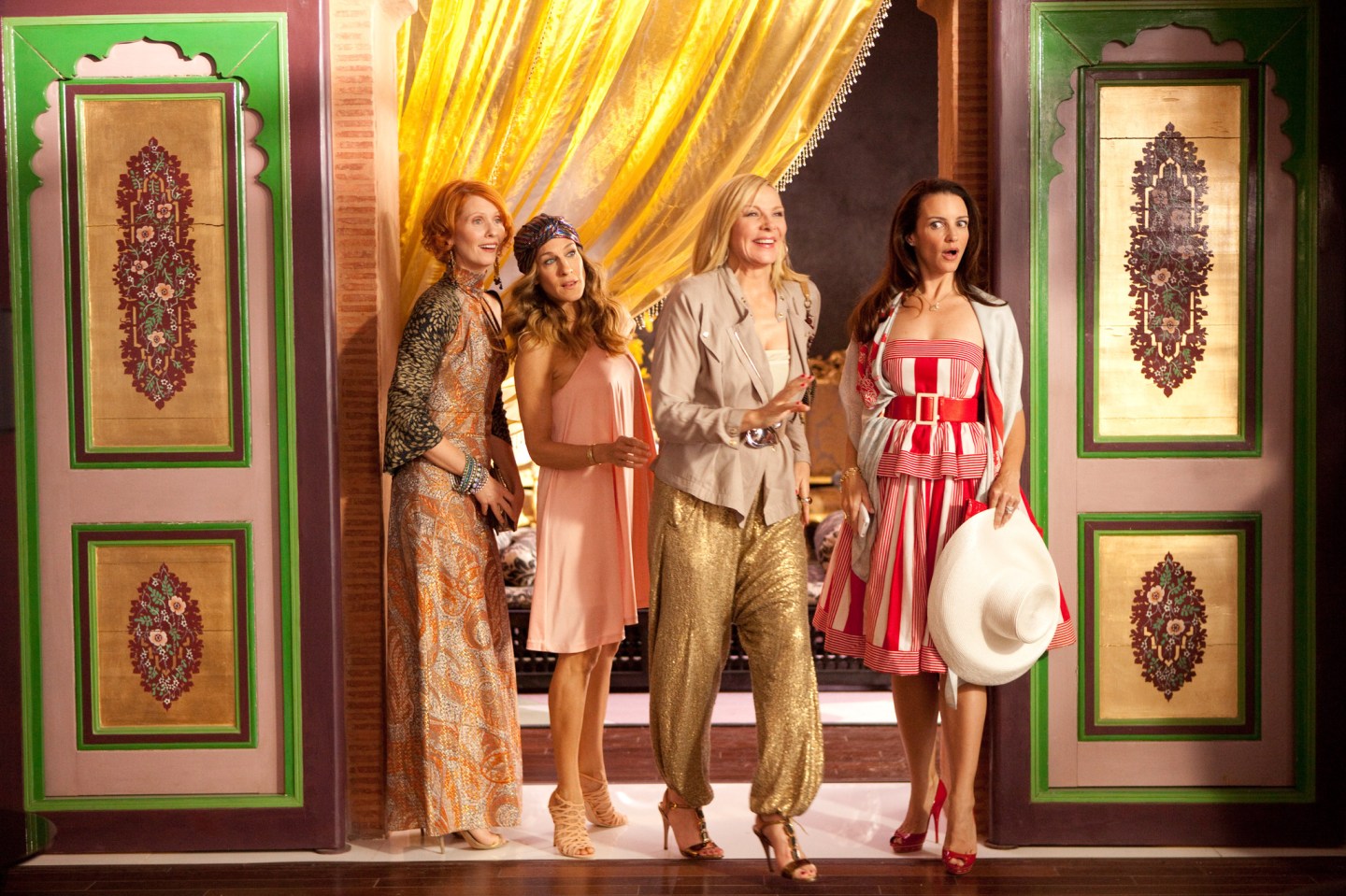 When Bryce Dallas Howard’s character in Jurassic World ran through the jungle in high heels throughout the movie, it struck many viewers as unrealistic and sexist. Just weeks before that blockbuster’s debut, much ado was made at Cannes in the“flatgate” controversy, as rumors circulated that women who were not dressed in heels were being turned away from the red carpet.

Which prompted actress Emily Blunt to say, “Everyone should wear flats.”

Blunt’s opinion may be out of line with traditional Hollywood glamour, but it’s right in line with the overall trend away from high heels. And it’s been a long time coming, as high heels have been common footwear for work and dress since their 1980s return.

The era of power pumps gave way to Sex & the City’s taller, pricier, and more fetishized Manolo Blahniks, which gave way to even taller, red-soled Louboutins. They weren’t just footwear; they signified power and prestige. But once shoes added platform soles and heels reached stilts-like heights, a backlash was inevitable.

There’s plenty of physical reasons for the backlash. Wearing heels regularly appears to weaken ankle muscles in the long term, and can generally wreak havoc from the foot all the way up to the spine. Research shows that the amount of high heel-related injuries has doubled in a recent ten-year span.

Conjure “high heels + power” today, and that mental image may also be wearing shoulder pads to appear more manly, and she may be portrayed by Melanie Griffith in the 1988 motion picture Working Girl–not exactly courant.

Rachel Harrison, 39, is among the female professionals who has turned against heels. “I wore heels to show power, authority. It was the whole ‘dress for the job you want’ mentality,” she said. As soon as she became chief marketing officer at Island Outpost Resorts, she felt she could put on the flats. That “was the beginning of my ‘rarely wear heels’ movement,” she said, adding, “I decided that people cared less about what I wore on my feet and more about my leadership skills.”

Harrison, now a co-founder of a New York publicity firm, Lion & Lamb Communications, goes for Vince Camuto’s “kick butt flats,” or others by Aquazzura, DVF, and the line from Nordstrom’s.

Many women who gave up heels said none of their colleagues even seemed to notice. “The footwear police are gloriously absent,” said Adrienne Harvey of Winter Park, Florida, a content strategist and consultant.

In fact, to some women in their 20s and 30s, wearing high heels is something the bosses do, but they aren’t following in those footsteps. “It seems like you’re trying way too hard if you’re strutting around in six-inch heels all the time,” says Flora Theden, a 26 year-old account executive with Brandsway Creative in New York. She argues “I think it almost looks dated and uncool at this point.”

In creative fields, like advertising and publishing, women have always dressed less formally. And heels are still holding strong in some more conservative fields, like finance and investment banking— although even there, it’s not seen as mandatory. Brooke Horman, a New York senior director in wealth management, rarely wears heels. “I wear ballet flats almost every day, occasionally I will wear wedges,” she said. “I have terrible feet and heels are so uncomfortable.”

Many women, in fact, say they’ve given up wearing heels out of necessity — due to pain or injuries. “I used to be all about stilettos and heels pretty much everywhere I went,” said St. Louis-based writer Heather Taylor. She switched out due to her commute, which required a daily Hunger Games-esque run across an overpass before the light changed. “I’ve never wiped out doing that, but it’s painful to run like that in heels! Also, I have never felt that I can move as quickly in heels as I can in flats.”

The decision to wear or avoid high heels can reflect the values of the wearer, like flats-wearer Pam McMurtry, Kaysville, Utah. “I am an artist and a believer in self-preservation, and, being the somewhat rebellious type, don’t really care about the opinion of others not intimately connected to my ankle bones.” Adds Eva Glasrud, a Palo Alto-based marketing consultant at The Happy Talent. “I put a premium on the health and comfort of my feet.”