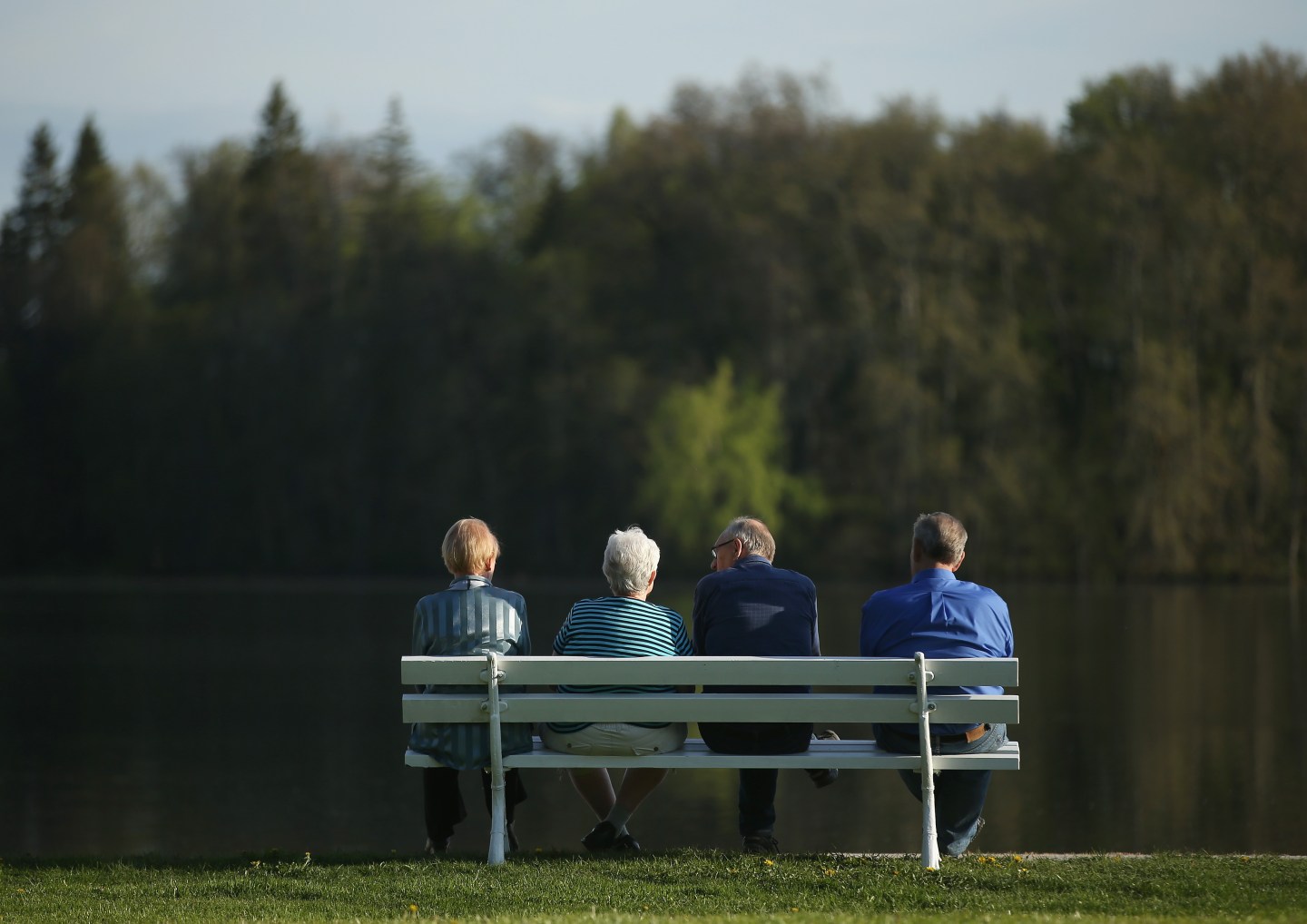 OTEPAA, ESTONIA - MAY 17: Elderly people sit on a park bench next to a lake on May 17, 2014 in Otepaa, Estonia. Changing demographics are placing a burden on nations across the European Union as a low birth rate combined with an elderly population that is becoming an increasing portion of the total population strains state pension and health care systems. (Photo by Sean Gallup/Getty Images)
Photograph by Sean Gallup — Getty Images

The first time Kyle Hill saw his father cry was after he discovered that the caregivers for Hill’s 95-year old grandmother, who lived alone in Seattle, had been stealing from her and had been mistreating her. Hill’s father, a professor in Ohio, was forced to take a leave of absence from work to come to the rescue and hire a new caregiver.

Sadly, negligent care for seniors and elder abuse has only risen in the U.S. After seeing the suffering his grandmother went through, Hill founded HomeHero, a marketplace for matching licensed caregivers with the elderly.

The number of Americans over 65 is expected to nearly double to 84 million by 2050. Hill is hoping to provide better home care to this growing population.

The company on Tuesday said it had raised $20 million in new funding led by Graham Holdings, the media and business conglomerate created by Graham Family, which previously owned the Washington Post. Other investors that backed the round include Chinese Internet giant Tencent, Social+Capital Partnership, LA-based incubator Science, and the Launch Fund. The startup had previously raised $3 million from Science and others.

Similar to other caregiving marketplaces like Care.com, HomeHero screens candidates by requiring background checks. But unlike other marketplaces, all caregivers on HomeHere must interview with the startup’s employees in-person and are required to have a home health aide license.

“Our goal is to keep families in their home as they go through the aging process,” Hill said.

It’s worth noting that HomeHero’s caregivers do not provide medical care. Their duties include preparing meals for the elderly, companionship, help with bathing, organizing medications. Caregivers are required to give daily summaries to families who arrange the care and clock in and out through HomeHero’s app to minimize over billing.

Launched last year, HomeHero has provided 1 million hours of care to seniors around Los Angeles has signed-up and interviewed more than 1,600 caregivers. Hill says that the cost of the startup’s caregivers end up being 40 to 50% lower than through private agencies, which often pass on larger fees.

The average rate for a caregiver through HomeHero is $18 per hour. The company takes a 15% service fee, with the rest going to the caretaker.

Hill says HomeHero is on track to make $6 million in revenue this year. The startup still only provides services in California, and the new funding will be used to expand to other states. Competitors include Care.com and Honor.

As for Hill’s grandmother, she’s found a quality caregiver on HomeHero, and is currently the site’s longest standing (and oldest) client.