Cars made in America? Chrysler, Ford no longer qualify 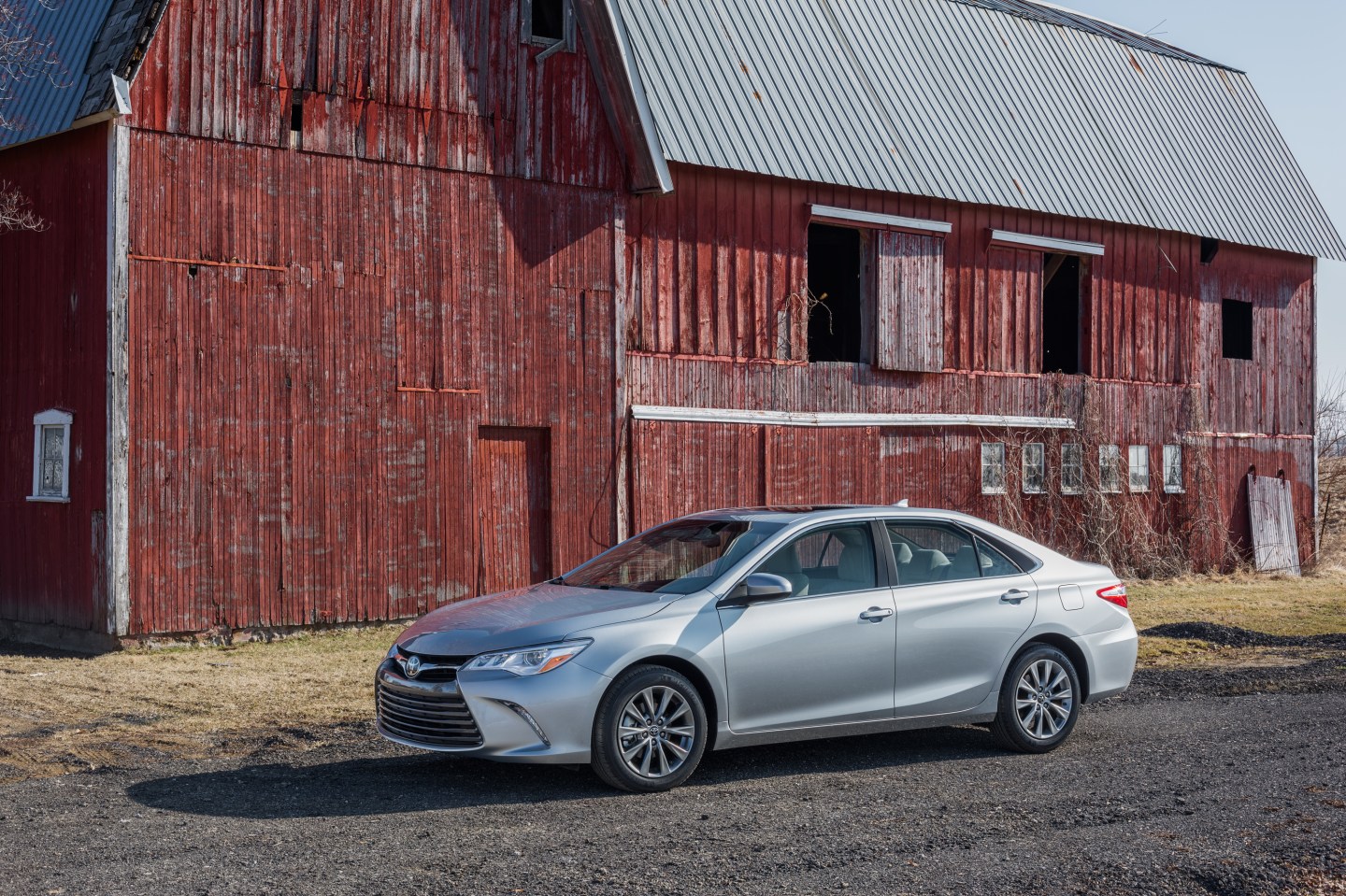 The phrase “made in America” has always pulled at the hearts and wallets of loyal, red-blooded consumers, and never more so than in the automotive space. But according to research released Monday, the car company that qualifies as most American is….the Toyota Camry.

Cars.com released its 10th American Made Index (AMI) of the vehicles that qualify as the most American—based on where parts are manufactured (a vehicle must be made of at least 75% U.S. parts to even make the list), where the vehicle is built, and what percentage of the vehicles’ sales are U.S.-based, among other factors.

This year’s AMI yielded a few surprises. The Toyota Camry is, apparently, the most American vehicle on sale in the U.S. Surprise No. 2: Ford fell off the list entirely this year—even though the F-150 pickup topped the list in 2013 and 2014. (A Chrysler hasn’t shown up since 2012.) Surprise No. 3: Ten years ago, when Cars.com began compiling the AMI, 29 vehicles made the cut; this year, only seven did—not even enough for a Top Ten. Globalization is here.

So how many consumers actually care and/or know about their vehicle’s geographical roots? According to Patrick Olsen, the editor in chief of Cars.com, in 2011 23% of purchasing consumers would only buy American, a percentage that has jumped to 28% in 2015. But do they understand that a Toyota Camry is by measure more apple pie than a Dodge Challenger, which is manufactured in Canada? Probably not, but the car companies who make the tally find such accolades heavy-duty marketing fodder.

“It reinforces the Americanization story of Toyota,” says Bill Fay, general manager of Toyota Motor Sales, U.S. “We operate ten plants in the U.S., build more than 2 million vehicles here, and 71% of our sales [here in America] are vehicles built in North America.”

The full list of Cars.com 2015 American Made Index winners: