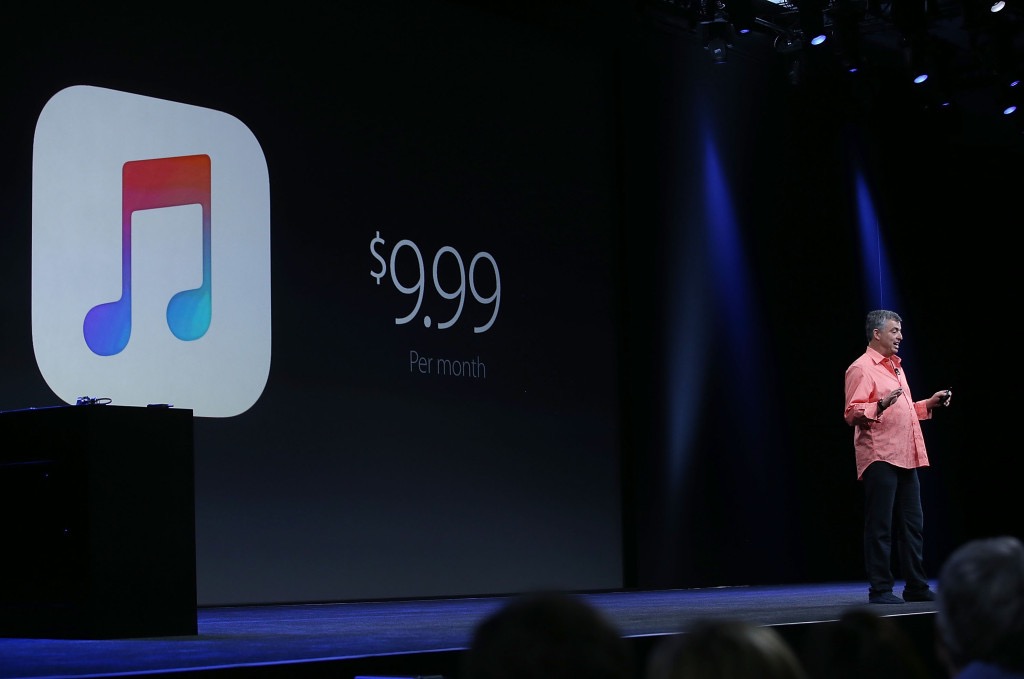 There was plenty of chortling from the cheap seats when Jimmy Iovine and Eddy Cue fumbled the introduction of Apple Music at WWDC three weeks ago. “Eddy Cue is one undone shirt button away from getting kicked out of Margaritaville” tweeted Buzzfeed’s, Jessica Misener, to general laughter.

But with Apple’s new streaming music service set to go live tomorrow, nobody in the industry is laughing. Not even after the Taylor Swift affair.

Apple may be losing ground to Pandora and Spotify, but it’s still the industry’s 800 pound gorilla.

Or rather, 800 million. That’s how many iTunes accounts Apple has gathered in 14 years, each of them attached to a credit card. Pandora and Spotify have less than one tenth as many, and most of their customers are free-loading on an ad-supported account.

Can Apple persuade a generation raised on free streamed music to pay $9.99 per month for Apple Music? I suspect they don’t have to get everybody on board to make success of it.

Look at it this way: Spotify has been able to convert roughly 25% of its customers from free to paid. If Apple can convert 10% of iTunes account holders to stick around after the free trial period, it will be bigger than either Pandora or Spotify. If it could grow to 20%, it would be bigger than both combined.

And that’s before whatever special sauce Apple can add with exclusives, curation and Beats 1’s hot DJs.

Meanwhile it’s worth remembering that while streaming is growing (up 54% last year) at the expense of downloading (down 12.5%), digital downloads are still the way most Americans get their music.