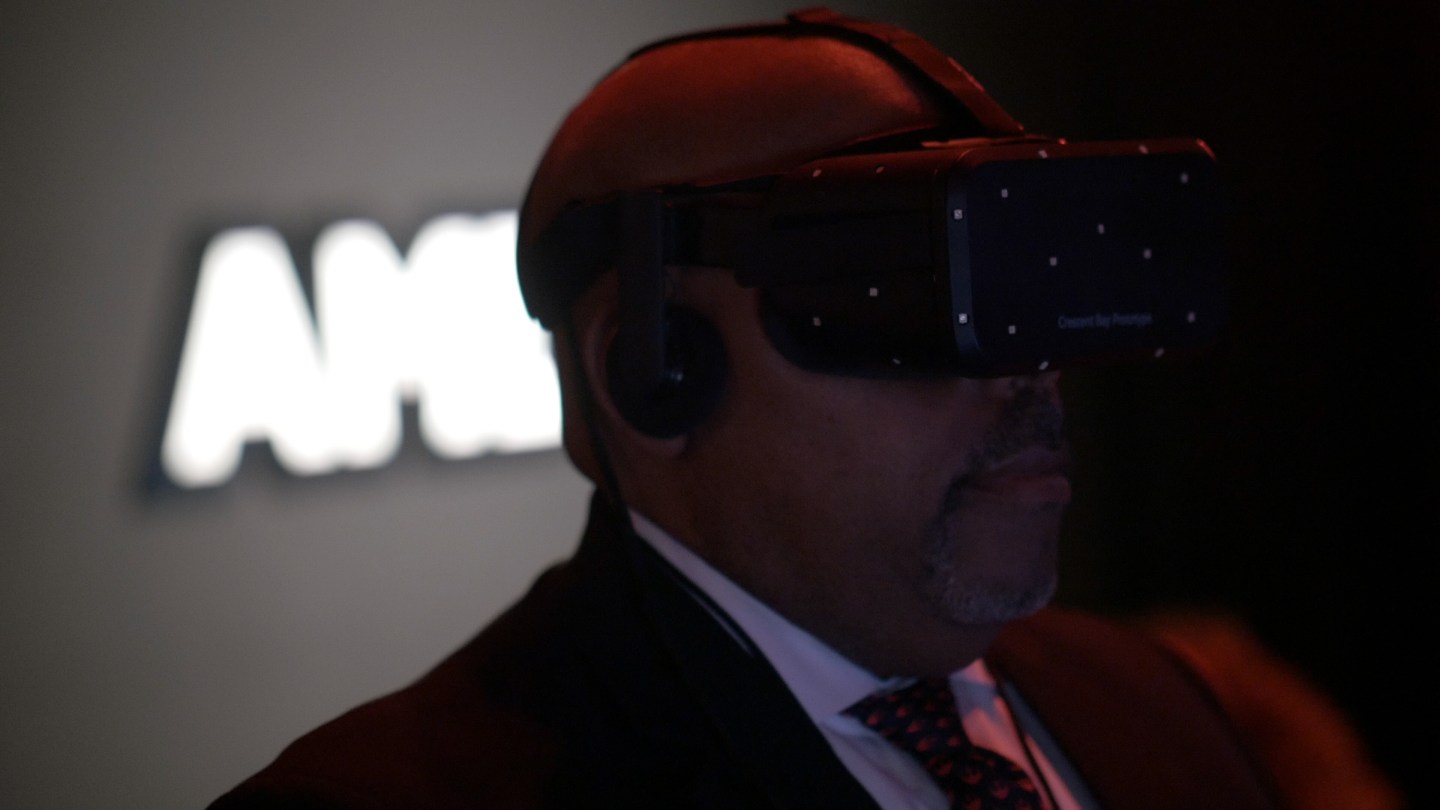 Advanced Micro Devices is investing heavily in virtual reality, and not just through games.

AMD (AMD) has partnered with Creative Artists Agency (CAA) to equip many Hollywood creatives with Liquid VR, which is designed to allow everyone from game developers to universities to Hollywood directors the ability develop VR experiences.

According to Roy Taylor, corporate vice president of alliances at AMD, the most important developments in virtual reality isn’t happening in gaming. He says the entertainment industry is investing “an order of magnitude more money and talent into VR than the game industry is.”

“Los Angeles has become the epicenter of virtual reality, not Silicon Valley,” Taylor says. “I meet a dozen new people every day in Hollywood that are interested in VR.”

According to SuperData Research CEO Joost van Dreunen, virtual reality presents the dawn of an entirely new platform war. Chip manufacturing companies Intel, Nvidia, and AMD are all competing in this new market, because high-end computer processors and graphics cards are needed to run VR.

“Late last year around 75% of gamers had a Nvidia GPU [graphics processing unit] in their primary gaming device, making Nvidia the incumbent,” van Dreunen says. “However, whenever a market shifts and consumers move from one platform to the next, it presents an opportunity for rival to claim dominance. Since the hardware demands for virtual reality are already considerable, and are likely to continue to increase, we expect both AMD and Nvidia to put both feet forward in the hope of claiming king of the hill.”

With over 20 companies already working with Liquid VR, Taylor believes AMD has an advantage in this VR battle with its “hardware asynchronous compute” technology that enables the GPU to both render and compute at the same time with different workloads. But AMD is also hoping to push VR development for everyone. The company is working with Adobe to explore ways in which developers can code VR content while in VR—right now they have to constantly take the headsets off to type on a computer.

AMD also held the inaugural VR Council, which had 70 attendees from companies like Unity, Dell, Lenovo, Asus, 20th Century Fox, HTC, game developers like Reload Studios, and the University of Southern California. The council discussed potential minimum standards for VR across framerate, latency, and resolution, as well as categorizing different types of VR experiences across entertainment, including gameplay demos, entertainment shorts, and simulations. Taylor says the plan is to invite Intel and Nvidia into the council moving forward.

In addition, AMD showcased VR games like EVE Valkyrie, Adr1ft, Robinson The Journey, and World War Toons during E3 2015 and will have many VR games at San Diego Comic Con July 9-12 as part of Nerd HQ.