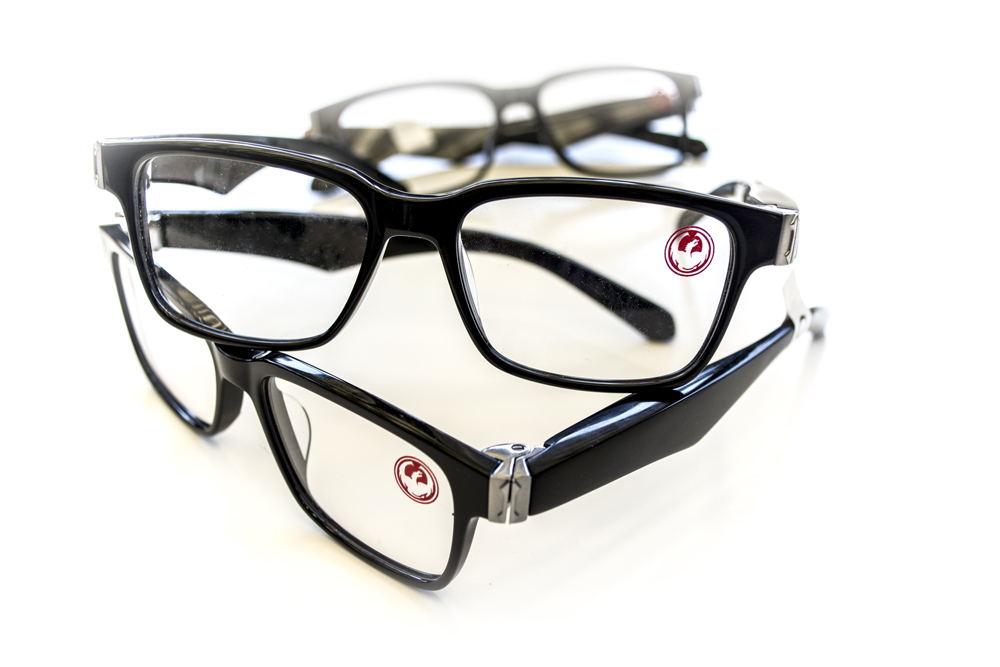 Wearable devices like Fitbit (FIT) and Fuelband bring us new insight into our health and fitness. There’s only one catch: We have to wear them.

While wearable adoption rates are strong (IDC data estimates that sales will grow by 173% in 2015), many Americans lack follow-through. For example, one study conducted last year by research firm Endeavor Partners found that only half of all activity-tracker owners use their device, and one-third of those stopped using them within six months.

Eye care product and service provider VSP Global believes there’s a better way. Rather than asking consumers to wear a new device, such as a wristband or smartwatch, they’re embedding a tracking system into what they call “the original wearable:” eyeglasses.

Project Genesis, an activity tracking eyewear prototype, was created by VSP’s bi-coastal innovation lab (a.k.a. The Shop) and debuted earlier this spring. From the front, the device appears to be a pair of branded frames from the company’s Marchon eyewear division. However, upon closer inspection users can find a circuit board—containing a gyroscope, accelerometer, magnetometer, Bluetooth radio, and battery—embedded in the left arm, or “temple,” of the glasses. The electronics are thin and light, making the temple only slightly fatter than the right side. Data derived from the device automatically syncs with a smartphone app, which tabulates steps, calories burned, activity time, and distance traveled.

“This is just our first working prototype,” says Leslie Muller, east coast lead of The Shop and vice president of design at Marchon. “We already know that we can decrease the thickness by a couple millimeters, which is a lot in a frame. [But even now], you wouldn’t know the difference unless someone really pointed it out.”

Approximately 26 VSP employees have participated in a beta test of Genesis, which helped Muller and her west-coast counterpart Jay Sales rapidly refine design and usability. For Sales, who focuses on the underlying technology, that means constantly tweaking software and tracking algorithms for the unique head-worn location.

A big part of that work is canceling out head movement that isn’t indicative of overall activity. “When you put an accelerometer on somebody’s head, just talking gives you information,” Sales explains. “We have to filter out noise to get step [count] right. . .But that filter is now giving us the ability to find all of these different activities that are really, really special above the shoulders.”

The team is already planning a second-generation of the Genesis prototype that will explore different form factors and take fuller advantage of all the data available. For instance, algorithms might be able to parse a person’s posture and gait from the same sensor suite as the current system. “We’ve established a platform—a wearable platform that we can start to branch off of,” says Sales. “There are many different aspects of where we can go in the future.”

The addition of new sensors—like light-based technology that analyzes a person’s heart rate, or sweat sensors that measure skin’s conductivity (known as galvanic skin response) to assess stress—could help Genesis generate the best picture of a person’s health out of any wearable on the market.

It will be at least a year before VSP makes any moves or announcements about releasing a Genesis-based product, and the glasses’ path-to-market is still up in the air, as well. However, one thing’s certain; a final version (or versions) of Genesis eyewear should cost no more than a standard pair of Marchon frames, making it potentially the easiest-to-adopt wearable device available.

In the end, the key to Genesis’ success will be its discreetness. Head-mounted wearables have had a tough track record. Google Glass, for one, has been much-maligned for its cyborg-like qualities, and other head-mounted computer-come-fitness-trackers, such as the Recon Jet, are just as conspicuous.

But, by producing a simple and accessible wearable platform for VSP’s 75 million customers—which include employees at giants like Walmart and CVS—Muller and Sales could create one of the richest sources of health records to date. “Imagine if every day since I’ve been wearing my eyewear, it has been gathering data about me,” says Muller. “Put in the context of my regular, traditional medical records, imagine how much richer the landscape of my health record would be. We’re just scratching the surface of what [that level of data] could do.”