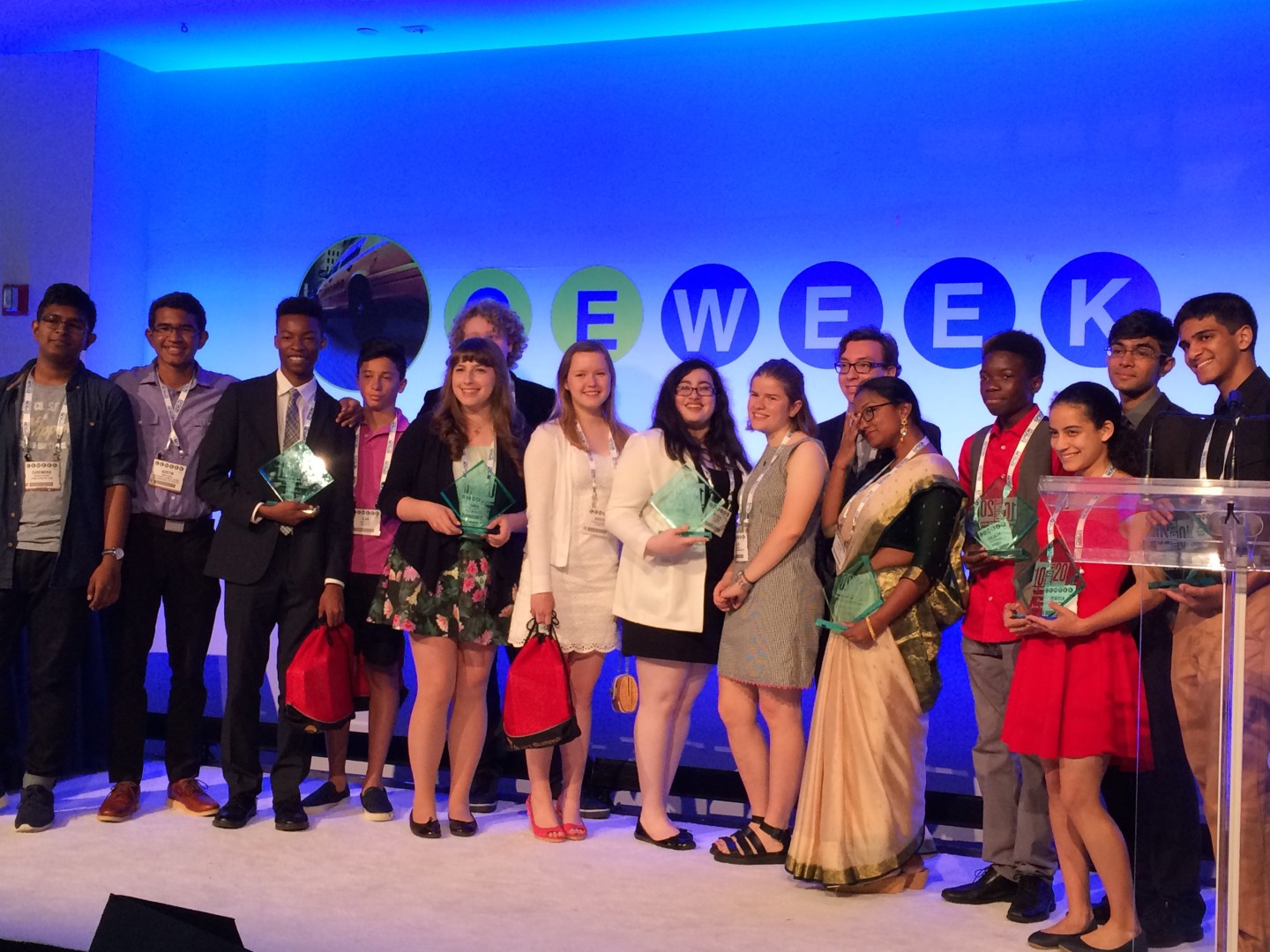 When Raquel Hosein was 16 years old, she fell down a flight of stairs and hit her head. The injury led to chronic seizures. Many, if not most, teenagers might find the newfound ailment to be debilitating. But not Hosein.

At 18, she developed a breakthrough technology that could detect seizures before they happen. She constructed a hat lined with electrodes that nestle in an individual’s hair and scalp. The electrodes are part of a mobile EEG system that measures brain activity, which connects to a smartphone app that can message a user when they need to take medication and prepare for a seizure.

Hosein, who just finished her first year at Brooklyn College, was one of 10 students under the age of 20 to be honored on Wednesday at CE Week, a week-long consumer electronics event hosted in partnership with the New York City Economic Development Corporation. The “10 Under 20,” all students in New York City, were selected for their contributions to science, technology, engineering, arts, and math. The honor comes with a backpack of prizes (a gift card to B&H photo, speakers, headphones, an Ozobot robot, and other items) that the students are supposed to share with their schools.

“These are tomorrow’s tech people,” says Robin Raskin, who created the competition with NYCEDC. “This is our way of saying that we appreciate their efforts and showing them that they have a future in tech.”

Along with Hosein, this year’s winners included students working in several different STEM fields. Sara Sakowitz, a 19-year-old student at Columbia University, created a startup called Blue Moon Box, which delivers a science experiment to subscribers each month. Sakowitz launched the company to encourage children, especially girls, to feel more comfortable with science. “We want to give girls and boys the tools to become scientists and to engage with amazing, fun science before they’re even aware that damaging societal stereotypes exist,” according to Blue Moon Box’s website.

Burhan Azeem, 18, developed a new production method to create larger carbon microtubes, which can be used to conduct electricity or to transport liquid in medical settings. Before heading to MIT this fall, the Staten Island Technical High School graduate says he will spend the summer using the microtubes to develop a water filtration system. For Azeem, who was born in Pakistan and visits the country each year, he says it is rewarding to build new technology that can potentially improve conditions in his homeland.

NYCEDC, which focuses on job creation and economic development in New York City, sees awarding these students as investing in the future of New York. “We’re looking to grow jobs in the city, and we need to make it the most innovate and tech-friendly in the world,” Eric Gertler, executive vice president and managing director of the Center for Economic Transformation at NYCEDC, said. “We’re encouraging them to realize [that] their dreams can become a reality in New York City.” That’s important for a city trying to compete with San Francisco, among other locales, for tech talent and startups.

Other award winners include: