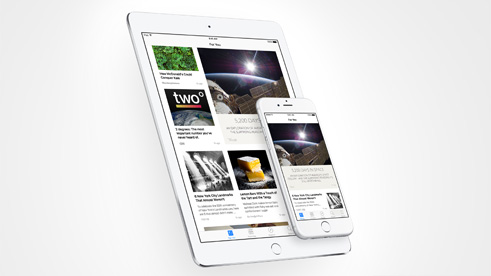 It’s gone from one or two examples to a bona fide trend—which, as any journalist knows, occurs whenever there is least three of something. The trend in this case is the hiring of human editors to filter through the news, music, and other forms of content that are being produced and/or hosted by a variety of platforms. So Apple is hiring editors for its News app, which it announced at its recent developer conference, as well as editor/DJs for the streaming music service the company is rolling out soon.

Meanwhile, Snapchat is also hiring journalists to report and edit content related to the upcoming U.S. election, and Twitter is looking to add editors who can filter and aggregate tweets and links related to trending topics on the network, as part of what the company calls Project Lightning. LinkedIn also recently announced it is adding human editors to its Pulse news-recommendation feature, and Instagram has started doing some curation for its new Explore page.

There are a couple of big names missing from this list that are pretty influential when it comes to news: Namely, Facebook and Google. Facebook is launching a new feature called Instant Articles with partners like the New York Times, but the site’s staff won’t have anything to do with the selection of stories that become part of the program—and the choice of who sees them and when will be left to Facebook’s all-powerful algorithm. Much like Facebook, Google’s services are also powered completely by algorithms.

Of course, algorithms aren’t autonomous robots, but software that is written and programmed by human beings to have certain attributes. So in a sense, the “humans vs. algorithms” debate is based on a misconception. But it’s probably fair to say the human input in an algorithm-driven model is one step removed from the action, compared to human editing.

So if Apple and Twitter and Snapchat and LinkedIn see the value of having human editors selecting news or curating content of various kinds, why wouldn’t Facebook and Google do the same? Because each of the latter two companies are involved in content that’s on a completely different scale than Apple or Twitter—and human beings don’t scale very well.

Technology analyst Ben Thompson made this point in a recent blog post, entitled “Curation and Algorithms.” There are some things that human curation is good for, and some things that it isn’t, he argues. For example, music and other emotional forms of content can be good candidates for curation because human beings perceive things about that content that algorithms might miss. So when Jimmy Iovine talked about the launch of the new Apple Music service, he said:

“The only song that matters as much as the song you’re listening to right now is the one that follows this. Picture this: you’re in a special moment, and the next song comes on… BZZZZZ, Buzzkill! It probably happened because it was programmed by an algorithm alone. Algorithms alone can’t do that emotional task. You need a human touch.”

But there are cases in which curation done by human beings simply doesn’t work, Thompson says—and Google and Facebook are two examples of that, but for very different reasons. Google’s job is to filter through all of the billions of webpages and content on the web and find the one thing that a user needs or wants to find, and that’s a task that would be impossible for even a gigantic group of human editors to accomplish (although Google does use small teams of humans to check link quality). That’s why Yahoo stopped trying to run a human-edited directory.

Facebook, by contrast, isn’t trying to filter all of the world’s information—or at least, not yet. It’s trying to find the right combination of text and photos and links and video that will appeal to every one of its billions of users, and get them to engage with the site as much as possible. So unlike Google, the supply of information it is trying to filter may not be infinite, but the personalization of that content for each of its users involves so many permutations and combinations that it would also be almost impossible to accomplish with a staff of human editors, even a large one.

“Google is seeking the single best answer to a direct query from an effectively infinite number of data points… For most queries there is one right answer that Google will return to anyone who searches for the term in question. In short, the data set is infinite (which means no human is capable of doing the job), but the target is finite. Facebook, on the other hand, creates a unique news feed for all of its 1.44 billion users… what is infinite are the number of targets.”

The news, by contrast, is something where human editors can perform a fairly useful function, and even add things that algorithms can’t, Thompson says (which is one reason why Techmeme founder Gabe Rivera stopped using only algorithms to power his news portal in 2008, and started hiring human beings). The pool of information isn’t infinite, as it is with Google, but neither is the personalization required for the potential audience, as it is with Facebook. That’s why newspapers existed.

As Thompson notes, however, the risk is that human-edited services face—rightly or wrongly—much more criticism when they make decisions about what to show and what not to show than algorithm-powered networks. So Facebook and Google can to some extent argue that they don’t control what gets displayed directly, it’s just the algorithm (although there are a lot of problems with this defense, obviously).

If Apple’s human editors remove news stories about specific topics, there’s going to be a lot of negative attention. What journalistic considerations—if any—do platforms like Apple and Snapchat and Twitter have when it comes to the news? As distribution shifts to these large-scale networks, those kinds of questions are going to become even more important.