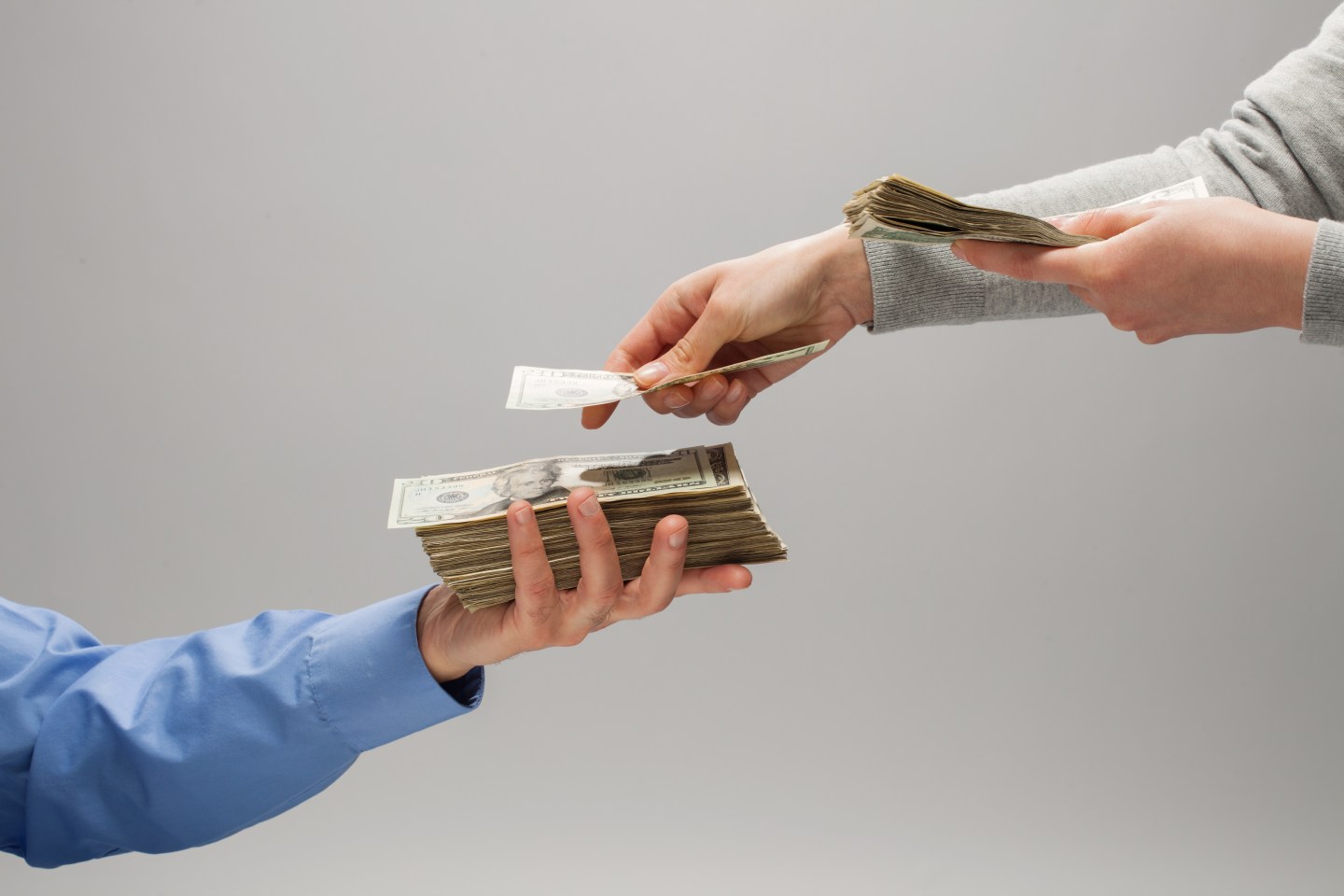 Here’s one for Bob Eubanks fans: How much money does your spouse earn?

Before you roll your eyes or pronounce it a “no-brainer,” you should know that 4 in 10 couples got it wrong – and 1 in 10 were off by $25,000 or more, according to the 2015 Fidelity Investments Couples Retirement Study. The study, which took a look at 1,051 couples in which partners were at least 25 years old and either married or living together long-term, also revealed that more than one-third of couples disagreed on how much they have in investable assets and nearly half disagree on how much they need to save to maintain their lifestyle in retirement. (To be fair, on the last point, a similar number of couples said they had “absolutely no idea.”)

“I’m not surprised but it’s still dismaying,” says financial adviser Eleanor Blayney, Consumer Advocate for the CFP Board of Standards. Money and couples have always been poor bedfellows.” True, but they seem to be getting worse. Fidelity last did this study in 2013. Back then, just 27% of couples couldn’t identify a spouse or partner’s income. This year the number jumped to 43%.

Why the disconnect? “Three big factors are driving this,” explains Fidelity Executive Vice President John Sweeney. Top of the list is the project economy. People are doing more project-based work than ever before, according to estimates by Intuit; 40% of workers now operate on a contingent or freelance basis. These workers have more income fluctuations year-to-year, which makes it tough enough to keep up with your own paychecks, let alone your spouses. A second factor, stock-options. (The study focused on individuals with household incomes of at least $75,000 and investable assets of $100,000-plus.)

“With significant appreciation or depreciation in the market, what I made last year might be substantially different from what I made this year based on variable compensation,” Sweeney says. The third factor is also market based but affects older workers who are living off their investments rather than a steady salary. “They too have some variability in their income based on life stage and market performance.”

If you’re reading this and thinking, uh, I don’t really know how much my spouse makes either (let alone how much we have in assets or how much we’d need for retirement) there are a few things you can do to remedy the situation.

Schedule a conversation. If talking about money is something you’ve traditionally had a tough time with, simply putting a time in both your calendars (go ahead, send an invite) to do is sometimes enough of a nudge. If you think you need a bigger push, bring a financial advisor into the picture.

“We often become the instigators and facilitators of these conversations,” Blaney says. If one of you is willing and the other more reluctant, signing a joint tax return can be a good launch pad. “It’s fine to say to your spouse, ‘I know I need to sign this but I also need to understand it.’”

Make an actual plan. Couples who made the time to develop a detailed retirement plan were twice as confident that they would be able to maintain their standard of living in retirement than couples who didn’t do the work. This is particularly important, Sweeney notes, for women who will outlive their male spouses by seven years on average. “It creates confidence that your surviving spouse can handle retirement should you not be there.”

Visit ssa.gov. Finally (and also somewhat shockingly) the study found 60% of respondents – and half of Boomers – didn’t know what their Social Security benefits in retirement were going to be. If that’s the case with you, it’s time to let your fingers do the walking.