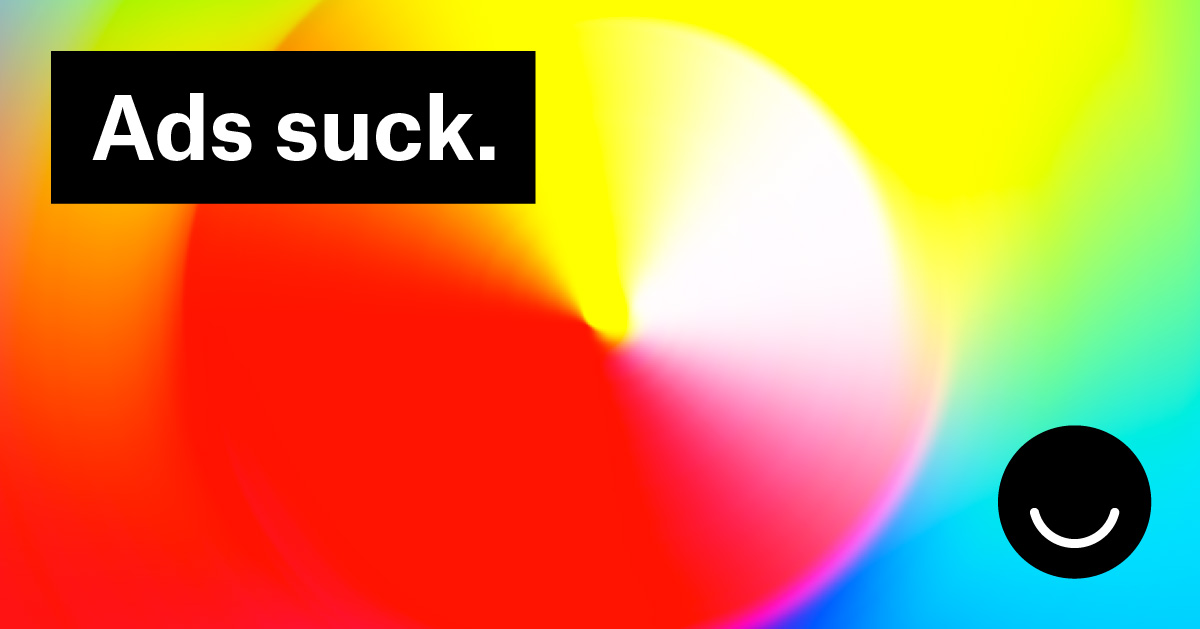 When ad-free social network Ello launched last October, it got instant hype and attention as alternative to Facebook. At its peak — while still in invite-only beta — the site had 34,000 people requesting invitations per hour. It was growing so quickly that it was the victim of a cyberattack in its first weekend.

But as can happen with anything viral, Ello lost steam. And now the network that aims to challenge Facebook has launched a new ad campaign to reach more users—on Facebook.

Beginning Wednesday, Ello is running Facebook ads that target you based on your browsing history and other metrics that Facebook tracks. As a Mic story about the strategy points out, the advertisements “tell you what Facebook’s advertisers can learn about you.” If Facebook knows you’re single, you might see an Ello ad that says, with a person peering out from behind a window, “They told us you’re single in NYC.” Photography lovers could see one that reads, “Photography is better without ads.”

These creative promotions will pop up on Twitter and Tumblr soon as well—and on some physical billboards (remember those?).

In short, the ads are quite aggressive, but in a visually attractive, winking fashion. They hint, not so subtly, at abandoning Facebook, the very place where you’d be seeing these ads, in favor of free, cleaner, artsier pastures. Indeed, while Ello has lost some of its viral steam in the past months, it has continued to attract people from the design community. When CEO Paul Budnitz spoke to Fortune last year, he name-dropped accounts like those of Duane King and Greg Foley, both of whom almost exclusively post photographs or color schemes, as some of his favorite pages. If Ello remains a home just for the art-inclined, Budnitz and his colleagues have said, that’s fine by them.

“Ello’s not for everyone—that was never our intent,” Ello cofounder Todd Berger wrote to me on Ello.

Until now, Ello, which is a registered “benefit corporation,” has not spent money on advertising. But the company is beefing up its marketing. It also rolled out a mobile app in April and landed $5 million in new funding. Later this year, it reportedly plans a commerce offering wherein users will be able to sell items to their followers (think Etsy).

In recent interviews, Budnitz has tried to distance Ello from the label of an anti-Facebook network. But the new ads make their statement pretty clear: Facebook is creepy, and it isn’t free, and it isn’t pretty.

If it seems extremely ironic that a company seen as the anti-Facebook is advertising on Facebook, Budnitz told Mic that it’s simply a case of Ello utilizing the best outlet it has to reach new users. “Facebook is by far the best advertising platform ever invented,” he told the site. “I don’t think it’s a social network, but as an ad platform, I couldn’t ask for something better.”