Ello is starting to look more like a business 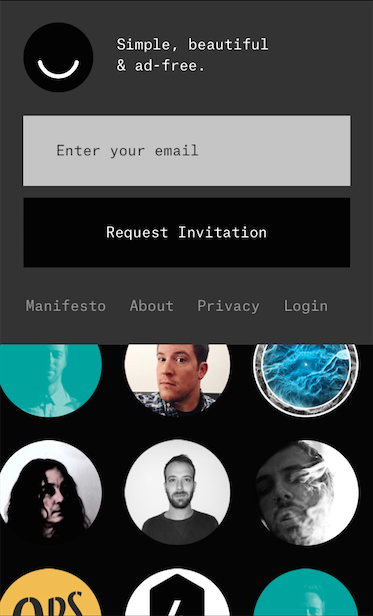 The Ello sign-up screen, as seen on a mobile device.
Courtesy: Ello

How can a social network with no advertising ever make money?

That was the biggest criticism of the buzzy new social network Ello—which claimed it would never have ads—when it exploded in popularity at the end of September. Onlookers wondered how it could possibly reconcile its ad-free mission with the pressure to show returns on its initial venture investment. “They don’t have a business model,” said Jeff Jarvis, a prominent journalism professor and media critic, “so why would anyone think of investing in them?”

But someone did invest—again. Ello revealed on Thursday that it raised $5.5 million in a Series A funding round. The company also announced that it has become a legal public benefit corporation, or PBC. To find out more, Fortune spoke with CEO Paul Budnitz, who outlined some of the ways the noble-minded network is getting down to brass tacks.

Getting and making money

It had already been reported that Ello raised $435,000 in seed funding from Vermont-based FreshTracks Capital in March. Its new Series A round is led by FreshTracks and two Boulder-based groups: Bullet Time Ventures (an investor in Jukely, a live event recommendation service) and Foundry Group (which invested in fitness tracking firm FitBit and crowdfunded apparel retailer Betabrand).

The benefit-corporation boom is a recent and somewhat trendy phenomenon among do-gooder companies. (It is not the same as a “B-corp,” which The New Yorker‘s James Surowiecki wrote about this summer.) Patagonia became one on the very first day that California began offering the designation, in January 2012. Warby Parker, based in New York, is another one. On the first day that Delaware began allowing them in August 2013, 17 companies signed up. Not all states offer the designation. Vermont, where Ello is based, began offering them in July 2011.

Budnitz tells Fortune that Ello is still very much a for-profit company. Becoming a PBC allows it to “embed a cause in our charter that the company has to consider on par with making money,” he says. “In our case, we say our cause is to prove the Internet doesn’t have to be one big billboard.” He cites Warby Parker as one of the businesses that Ello was inspired by.

(It’s worth noting that a number of brands, such as Netflix and Sonos, have created Ello pages. As digital strategist Ben Breier writes, branded content is a form of advertising.)

Now that Ello has legally forbidden itself from resorting to advertising, its revenue options have narrowed. Ello has already indicated that it would layer premium services on top of its free network to accomplish this. In an interview, Budnitz gets more specific. “On the iPhone, everyone wants to add an app and customize it for themselves,” he says. “That’s how Ello will work. It’s meant to be very simple, but people will be able to buy small features for $1 or $2 and change theirs.” There will be a store on Ello’s site with a menu of add-ons; he says the influence is Apple’s (AAPL) App Store.

“Because everyone knows that this is how we’re running Ello, we already have thousands and thousands of features that people are saying they’d like and would pay extra for,” Budnitz says. “They want to change how the whole site looks for them visually, or maybe they want to change the way that the streams appear.” In essence, Ello’s service will be a puzzle that can be rearranged the way you like—for a price.

Ello’s buzz has considerably died down since its sudden popularity in September, mimicking the rapid rise and fall of other new social networks like Path. (The Guardian recently published a story on the dramatic drop in Google searches with the overly dramatic headline, “Goodbye, Ello?”) Budnitz isn’t concerned. “From where I’m sitting it’s not losing momentum at all,” he says. “This is an invitation-only social network. We even closed invitations for a while and intentionally slowed down growth. We would love to just let on everyone on the waiting list, but we have millions on it and couldn’t handle it technically. For us, we kind of thought we’d be where we are now six months from now.” According to an Ello spokesperson, the site still sees on some days 40,000 signups and invite requests per hour.

Each Ello user receives five invites to send to friends. This week, Ello allowed users to obtain another 10 invites in a rather playful fashion. Request more invite codes and a dialogue box appears: “Prove you are a human. Drag your favorite cat photo here.” Once you select a cat photo from a bunch, you must drag the Ello logo onto the cat’s face.

Many of Ello’s features are like this—a little bit fun, a little bit hidden. As Fortune wrote earlier this month, the site would be difficult to navigate for someone without some Web-savvy. Budnitz acknowledges this. “There is some geekiness to it, that’s true. There’s definitely a learning curve and a lot of hidden stuff that you get to learn as you go,” he says. “But I think it’s simple enough for anyone. I have some elderly relatives that are on it and having fun.”

He’s being coy, of course. His own partner, co-founder Todd Berger, wrote on the site itself that “Ello’s not for everyone—that was never our intent.” Ello is already simplifying some of its features for users. One example: To add an emoji (the term used for smiley faces and other pictorial symbols used to communicate on today’s digital devices) you previously had to know to put two colons around a word (e.g. :hammer:). Ello plans to implement a pull-down menu for them.

Ello will likely remain a network for artists and creative types. Budnitz says it was built specifically to display large images beautifully. When he rattles off the users he’s most excited about, he mentions Duane King, who is posting only photographs of astronauts in space, and Greg Foley, who is only posting color schemes. A look at the most-followed accounts shows mostly designers. It also reveals the site’s small user base. Today, a user can have fewer than 1,000 followers and still land in the top 100. That kind of following wouldn’t even put you in the top 10,000 on Twitter.

Ello remains a work in progress—but a potentially exciting one. “The great thing about developing something live, and the odd thing about it,” Budnitz says, “is we didn’t expect all these people would be watching as we do this.”