The AOL-Verizon marriage: 3 things we know, and 1 we don’t 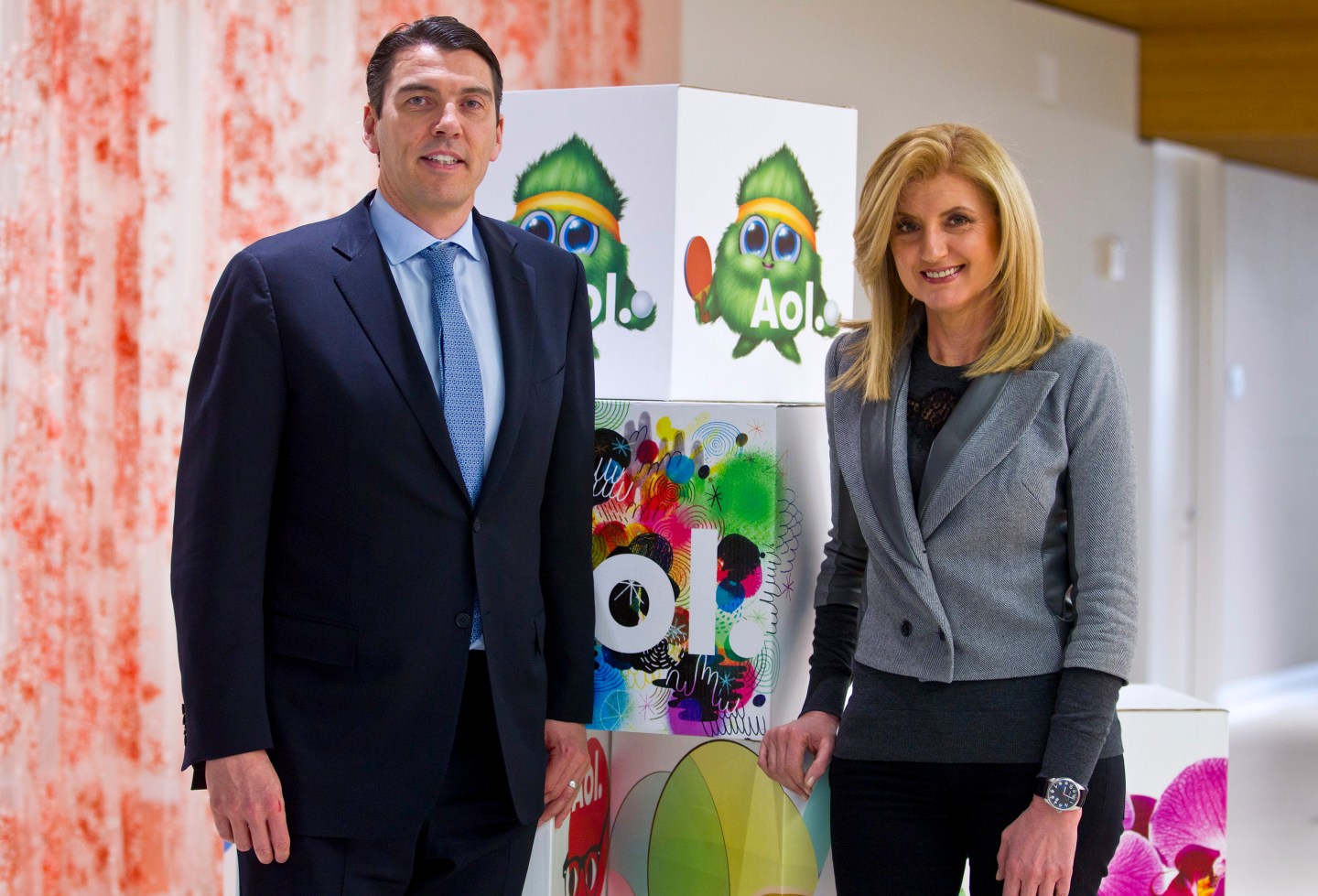 Verizon made it official Tuesday morning by revealing that its $4.4 billion AOL acquisition is a done deal, and by dispatching two senior executives to talk about the strategy for its new “family” member on a conference call and TV interviews.

The morning PR blitz did not, however, include many specifics about what the company plans to do with its new AOL assets, or about what it means for a phone carrier to become, in the words of Verizon EVP Marni Walden, a “global media technology company.”

It’s early days but, for those who like to read tea leaves, here are three things that today’s news revealed about the Verizon-AOL (VZ) marriage — and one that’s far from settled.

Walden revealed on a conference call that Verizon will introduce a new video product that will feature live content, sports and special events – presumably based at least partly on AOL assets. Note that Verizon is not new to entertainment-related offerings. In 2013, it paid the NFL $1 billion to secure mobile rights to America’s most popular TV show, aka football games.

Meanwhile, AOL’s CEO Tim Armstrong touted a “40-40 opportunity” on CNBC, meaning that Verizon is poised to grab a big share of what he believes will be $40 billion going into both the mobile and video industries in coming years.

AOL is about the ad tech

When Verizon announced the acquisition in May, many pointed to AOL’s ad-tech stack – a suite of ad delivery tools that AOL uses internally and rents out to others – as the key to the deal. That impression was reinforced Tuesday. If you listened to Armstrong on TV, he was speaking fluent ad-tech, explaining how his team’s assets would “sit on top of Verizon” and that his first priority would be to implement an “operational vision … from a full stack perspective.”

In case you’re unfamiliar, AOL basically came back from the dead several years ago thanks to its investment in ad-tech, which helped chart a future for the company beyond its lucrative-but-dwindling dial-up Internet business, and its treading-water content business. Under Verizon’s wing, AOL will be expected to use its ad tech chops to tag, target and serve video commercials to phone customers.

Armstrong is in (for now)

Tim Armstrong just last week was top dog at a big public company. Now, after years as a CEO, he is reporting to people above him again. This would ordinarily set the table for an imminent exit, but Armstrong’s attitude Tuesday suggested he won’t be going through the motions at Verizon until he finds something else to do. This impression is reinforced by the fact that Verizon’s existing president of digital media will report to Armstrong.

Also, the world of mobile video and advertising is still a green-fields industry in many ways, which may explain why Armstrong appeared genuinely pleased with his new job during the morning TV rounds. Finally, Armstrong is a guy who plays well with others (aside from that incident with Abel), from his time at Google to integrating the mercurial Arianna Huffington at AOL. This disposition means he could find his stride at the giant phone carrier for a while at least.

What we don’t know: what happens to AOL’s content?

AOL has significant content assets. These include the giant Huffington Post, the tech sites Engadget and TechCrunch, as well as its sprawling collection of AOL-branded news and video sites. The question is what will become of them under Verizon.

On one hand, both Walden and Armstrong gushed about the bright future of these sites on Tuesday morning, talking up in particular the Huffington Post, which they say has an audience of 200 million. This large reach, combined with Verizon’s growing video aspirations, could mean the company really does want to make a go of it as a content creator. In an ideal scenario, Verizon could leverage all that web and video content with its huge subscriber base and AOL’s existing ad tech abilities.

But that doesn’t mean it will happen. Content creation is an expensive, unpredictable business and is not something that phone and internet carriers like Verizon are very good at. For the worst case scenario, just think of another content-carrier marriage: the AOL-Time Warner tie up of 2000, which will remain as a cautionary tale about corporate mergers for decades to come. Recall too that Armstrong’s own dabbling in content – in the form of the money-losing local news play Patch – almost cost him his job at AOL.

As such, it may be smarter for Verizon to stick with what it’s good at, while also focusing on its advertising aspirations. Under this scenario, the company would look to licensing deals similar to what it struck with the NFL, while resisting the temptation to preside over a homegrown media empire. This would also be safer from a regulatory perspective (think net neutrality), and be in keeping with the platform strategy that is being employed so successfully by the likes of Facebook.

Huffington Post and the other content brands had a steady, if uneven, place within AOL’s relatively small pond. In the massive sea that is Verizon, that may no longer be the case.

An earlier version of this story incorrectly described Armstrong as “AOL’s now former CEO.” It has been updated to reflect Armstrong will retain the title of CEO.