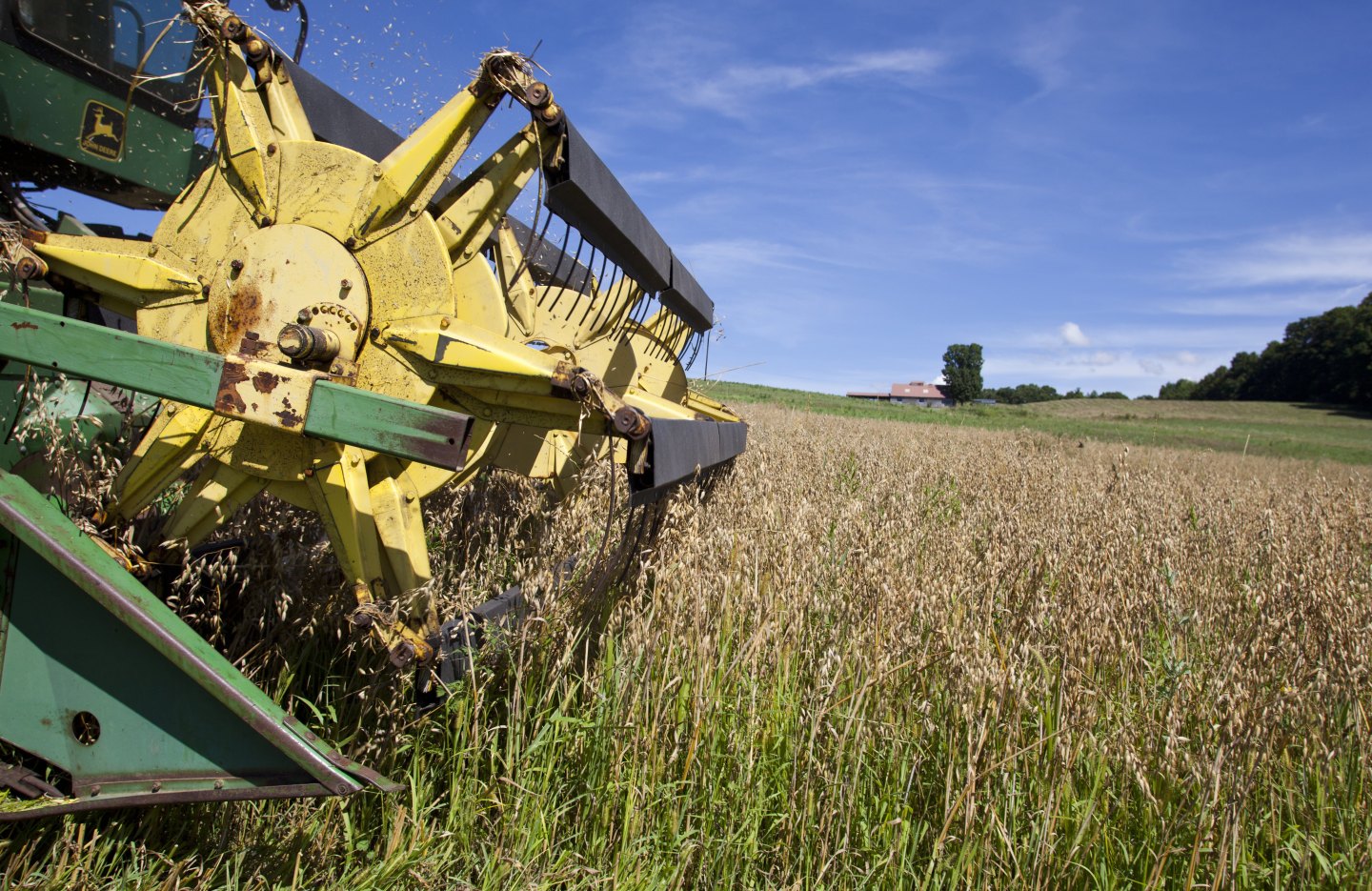 As California farmers face sharp water cuts for the first time in decades because of drought, startups are emerging with technology that can help ease the pain. On Monday, a two-year-old company called CropX that taps data to help farmers cut their water use announced that it’s raised a new round of $9 million in funding from Google Chairman Eric Schmidt’s venture firm, Innovation Endeavors, along with other investors.

The premise behind CropX is something that’s drop dead simple, but overlooked in the agriculture industry: farmland can be hilly and vary in soil quality. Differences in elevation, depressions in fields, angles to the sun, and variations in soil content (more clay-like or more sand-like) all effect the amount of water needed to grow crops.

CropX’s founder and CEO Isaac Bentwich is a serial entrepreneur and medical doctor by training. His former company Rosetta Genomics, now public on the Nasdaq, analyzed the human genome to develop diagnostic tests for cancer.

It turns out that similar algorithms and pattern recognition technology used by Rosetta Genomics to analyze the human genome can also be used to analyze farmland. While Bentwich’s background had been in health care, he says the farming industry captivated him.

“Agriculture technology is the next big thing,” he said.

CropX’s technology works by first collecting data about a farmer’s land from various publicly available sources. After CropX’s algorithms get a solid understanding of the land, it then mails the customer some soil sensors along with detailed instructions via a mobile app for where to place the sensors in the dirt. A 125-acre field requires around three sensors, Bentwich said.

After the sensing system — which Bentwich calls “the Internet of soil” — is up and running, CropX can provide farmers detailed information about how much water their land needs and exactly what areas should be watered and when. Bentwich says the sensor and data system can help farmers save more than 10% of their water, along with the accompanying energy that the irrigation systems uses.

The basic product requires farmers to take the information and act on it. A higher priced version of the CropX system uses the data and sensors to automatically adjust the irrigation system. Many irrigation systems are decades-old and therefore aren’t connected online, so farmers would have to install equipment so their irrigation systems can connect to the CropX devices and data.

In addition to Innovation Endeavors, the company raised funding from Finistere Ventures and GreenSoil Investments to help it expand. Its product is available for the current growing season in limited quantities. But CropX, which has 10 employees in Israel and San Francisco, plans a much larger rollout for the 2016 growing season.

Water savings technology like Cropx’s are used more commonly in Israel, which has emerged as a leader in water tech born out of necessity. With California in its fourth year of record drought, the state’s farmers will have to start following in the footsteps of the more water-savvy nations.