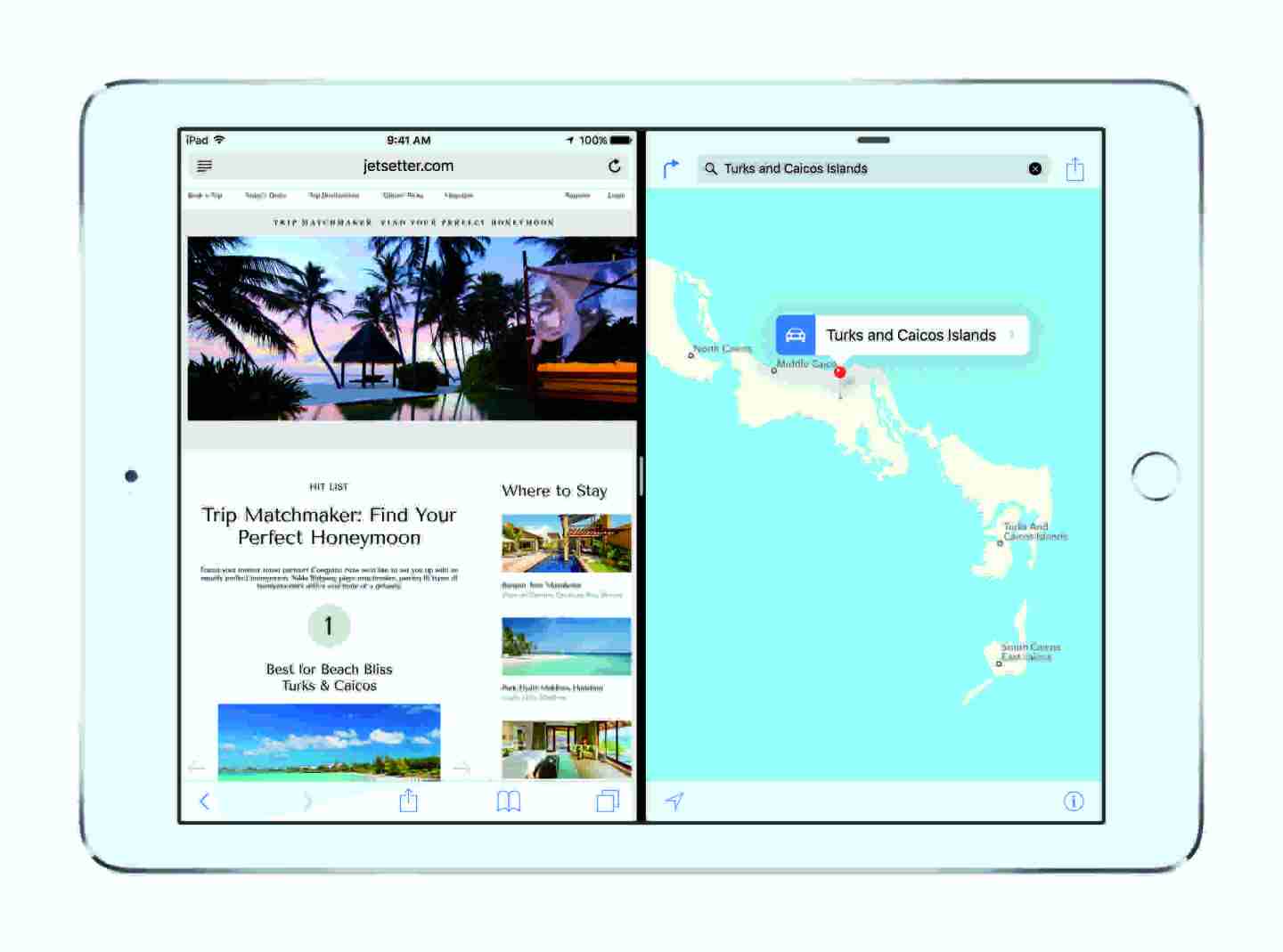 An example of the new Split View feature to be released with iOS 9.
Apple Inc.

Federighi demonstrated the device’s new multi-tasking features, which include a slide-over panel that allows users to quickly view and reply to messages without switching apps. Other updates include a new keyboard that doubles as a trackpad and a powerful picture-in-picture mode, which allows users to watch videos while completing other tasks.

One could convincingly argue that the new iPad updates are the device’s biggest to date. Only, these features aren’t designed for the iPad, at least not the device as we know it now.

The features all hint at a new (and much bigger) version of the iPad, complete with a faster processor, more memory, a larger screen, and Apple’s new Force Touch technology (a pressure-sensitive touchscreen feature currently found on the Apple Watch).

For weeks, tech enthusiasts and blogs have claimed that software code found in the upcoming iOS 9 not only proves that rumors about Apple’s “iPad Pro” are true, but that it will also have an estimated 2732 x 2048 screen resolution. In contrast, the company’’s current iPad Air 2 boasts a resolution of 2048 x 1536.

Tablet sales across the market are declining, and iPad is far from immune from the trend. Apple saw iPad sales drop 14.6 percent in 2014 compared to the previous year.

In order to revive sales, Apple needs to create a device that appeals to users who demand more from a tablet. For most, the current iPad is a fine tool for jotting down notes or basic computing tasks, but lacks enough support for businesses.

A bigger screen that lends itself to split-screen apps and better multitasking, upgraded hardware and improved software might be enough to entice businesses to invest in the tablet. Meanwhile, Apple’s new partnership with IBM to create enterprise apps and software is another way the company hopes to drum up more tablet sales. Current iPad Pro speculation points to release this fall, alongside the iOS 9 launch.

Of course, all this conjecture could mean nothing in the end. In the past, Apple has placed random source code in other operating systems simply for fun.

Whatever the case, the iPad as we know it now needs offer more than it currently does prove its value to the business community. Unfortunately, at least in my opinion, no matter how impressive the new features are, it isn’t going to be enough to satisfy consumers who are choosing to leave the tablet market in droves.