Starbucks to use its own stores in big Teavana global push 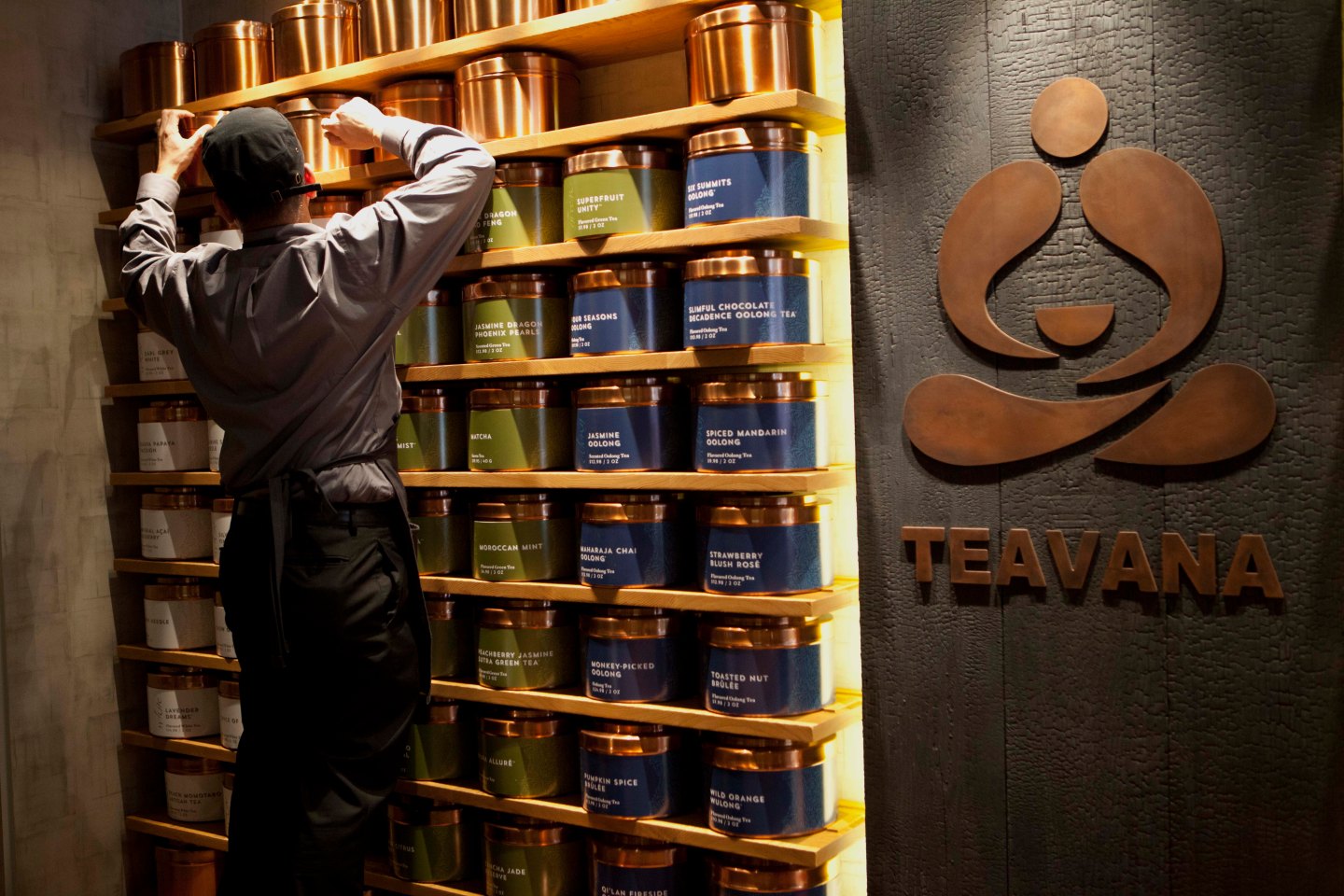 Starbucks (SBUX) plans to build up its Teavana brand with its own stores and win a bigger piece of the increasingly hot market for tea.

The coffee company bought the Teavana chain in late 2012 for $616 million in cash, with plans expand to 500 stores by this year. But so far there are only about 360 Teavana stores.

Starbucks says it is still on pace to reach its goal of making Teavana a $3 billion-a-year brand within five years. The coffee chain plans to give Teavana even more love in its thousands of Starbucks stores overseas, now that it is done bringing Teavana beverages and loose-leaf teas to its U.S. and Canadian Starbucks stores.

The company’s plans also include a brand-awareness campaign and giving the tea brand better real estate in Starbucks stores, with a nicer presentation.

These moves suggest the coffee giant sees a brighter future for Teavana in Starbucks’ stores than in stand-alone stores. Once Starbucks has put more Teavana products in its overseas stores, it will then proceed with what Johnson called a “selective expansion” of the Teavana store fleet abroad.

The push comes as Starbucks aims for a bigger share of the $45 billion global tea market, an area it calls “a very compelling strategic opportunity.” But competition is growing. In North America, Starbucks is facing off with David’s Tea, a Montreal-based tea retailer that has only dipped its toes into the U.S. market with 25 stores — but big ambitions. David’s Tea has launched more than 400 different teas since it was founded in 2008.

This isn’t Starbucks’ first tea expansion: It bought Tazo tea for $8.1 million in 1999. That business now brings in more than $1 billion in annual sales of products such as tea bags and bottled tea drinks.

But on the heels of Starbucks’ decision this week to close its 23-store La Boulange bakery business — which it bought the same year as it bought Teavana for $100 million — the coffee chain needs Teavana to reach its potential to help it make up lost revenue, but also to show it knows how to make deals. And that means using its tens of thousands of stores around the world, rather than relying on Teavana’s smaller chain of stores.