Full Figured Fashion Week, where waifs are out of style 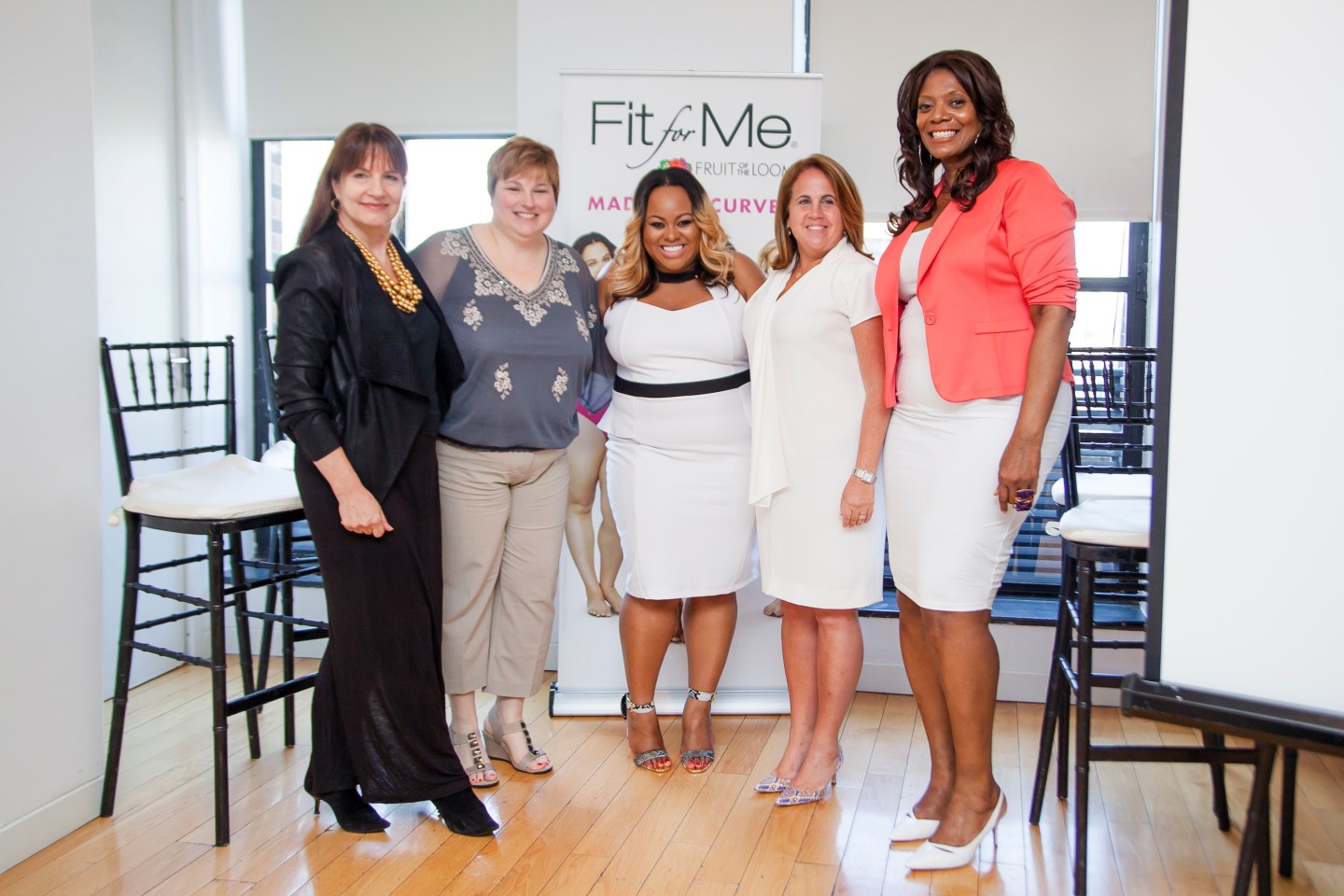 Courtesy of Fruit of the Loom

According to the mainstream fashion industry, being a “fashionable” plus-size woman once meant hiding your curves under dark, loose-fitting clothes.

One look at the bright prints women wore at a luau party or the white, body-con dresses at the Curves at Sea cruise during Full Figured Fashion Week in New York this week proved those days are over. “This is our time,” says Denise Caldwell, a stylist and brand consultant. “Curvy is the new black.”

About 2,000 women are expected to attend the week of fashion shows, cocktail parties, small business seminars and panel discussions, which started on Sunday and runs through this weekend. Founder Gwen DeVoe, a former plus-size model and event planner, says 25 brands—including the main sponsor, Fruit of the Loom—and 12 independent designers are participating.

The plus-size market, typically defined as sizes 14 and up, is a bright spot in retail. Women’s clothing stores alone, stalwarts like Lane Bryant and Ashley Stewart, as well as specialty shops, brought in $9.5 billion in 2014, according to IBIS World. Add in mass retailers such as Target and H&M, and plus-size online stores such as Eloquii—the hot spots in the market—and sales reached $17.5 billion in 2014, according to NPD Group, up 5% over the previous year. And no wonder: More than half of American women are size 14 or above. In the past 30 years, the average bra size has increased from 34B to 34E, according to a study from Intimacy, a bra retailer.

DeVoe had the idea for the event in 2008 while watching a show during Mercedes-Benz Fashion Week and realizing she could never buy what she was seeing on the runway. “Not because I didn’t have the money, but because they would never make it in my size, ever,” says DeVoe, who is a size 18. She put together a weekend event in 2009, calling on her network to help, and used her savings to fund it. The event expanded to a week last year.

DeVoe says retailers are listening because these women are buying—and speaking out. “Social media and the Internet have been great for us,” says Devoe. “The plus-size consumer has become so vocal about what she wants.” Even the language is evolving, with some women and brands favoring “curvy” over “plus-sized.”

A web of active and passionate bloggers has cropped up, many courted by retailers and designers to reach customers who don’t see women who look like they do in ad campaigns or the pages of Vogue and WWD. “Plus-size women have been looked down upon and considered unhealthy, so they didn’t feel like they could show themselves off,” says Dana Martinez, who started her blog, Whosthatgirl524, six months ago. “We have more options now, and we can start enjoying fashion.” After graduating from law school and finding the job market weak, Natasha M. Nurse started DressingRoom8. “Fashion is about empowerment,” says Nurse. “You can’t control other people, but you can control what you wear.”

Nine years ago, when Madeline Jones became editor of Plus Model, a popular online magazine, plus-size women were “at the mercy of two or three stores,” she says. Curvy women have more options now, “but what really has happened is this community has developed around body acceptance,” says Jones. “At other fashion shows people clap, but we are on our feet. It is a celebration.”

That passion can mean dedicated customers for brands that get it right. Simply making larger sizes is not enough. “In the plus-size market, it is all about fit,” says Marla Wynne, who co-hosted an event for bloggers with designer Hal Rubenstein. Both designers sell lines in sizes up to 3X on HSN. “Fashion tells us it is a niche, but that’s crap,” says Rubenstein. “A tall, skinny 18-year-old from the Ukraine is a niche. Really, it is about respecting all women.”

Fruit of the Loom launched its Fit for Me line in 2002, and this year expanded it with new products and packaging. Karen Kendrick, VP of brand communications and creative services, says the products are not “just sized up.” While the brand doesn’t release sales numbers, “our research shows the curvy consumer is a loyal consumer,” says Kendrick. Caldwell agrees. “We’re seeing more options on the high-end and the low-end of the market, and it is helping us,” she says. “But it is also helping retailers get out of the red.”

Despite the progress, there is a long way to go. “I would like to see brands use more plus-size models or individuals in their ads, and plus-size women on packages,” says DeVoe. “Like every consumer we like to see a visual of how something might look on is.”

Jones says there is still a stigma. “Small bodies are still associated with health and status,” says Jones. “Even designers with plus-size lines like Michael Kors and Calvin Klein don’t want anything to do with us. But I’m sure they’d send Caitlyn Jenner a dress.”