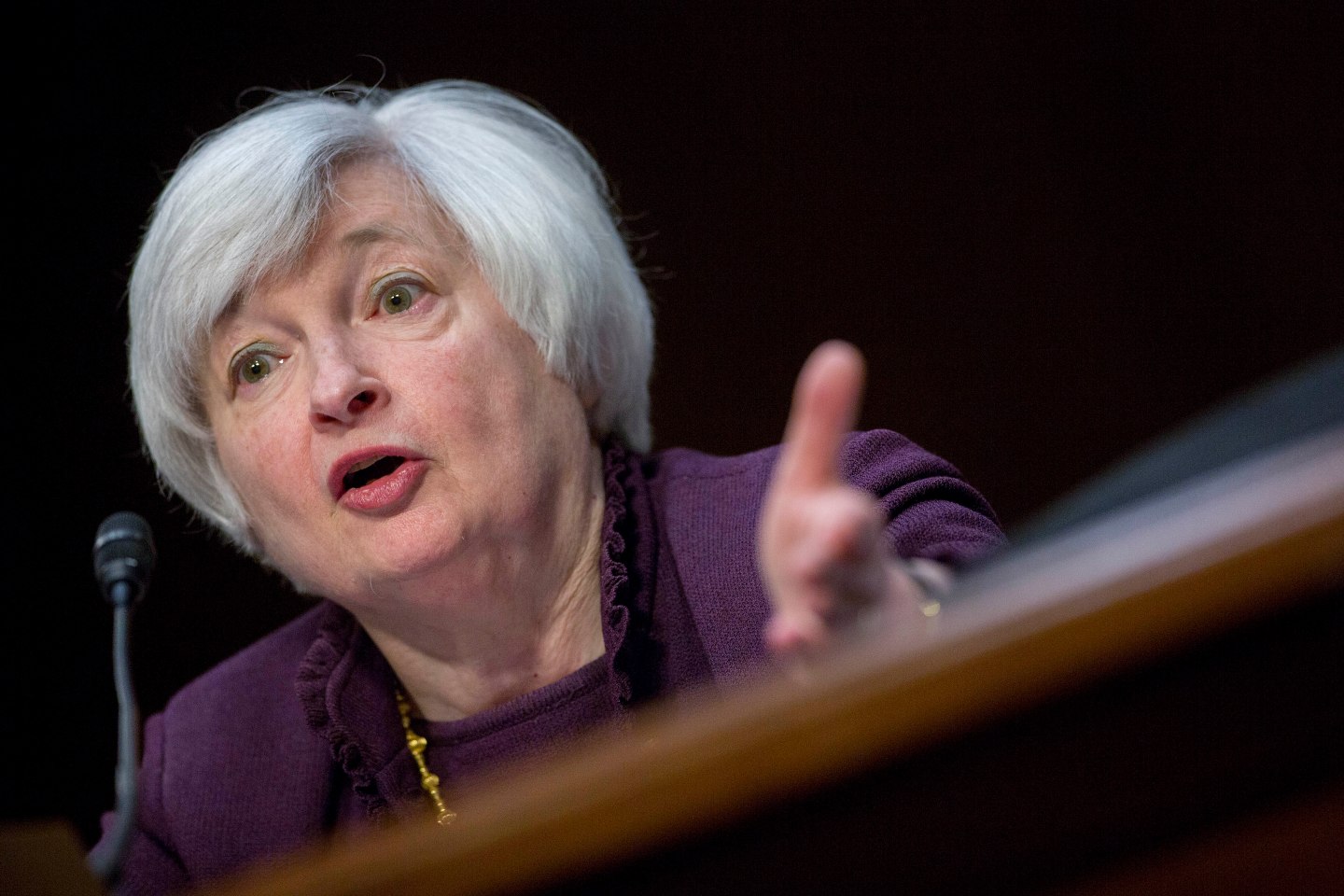 The U.S. economy is growing moderately after a winter swoon and likely strong enough to support an interest rate increase by the end of the year, U.S. Federal Reserve officials indicated on Wednesday.

After contracting in the first quarter, the economy is now on track to grow between 1.8 percent and 2.0 percent this year, according to the central bank’s latest policy statement and new projections issued by Fed policymakers.

The Fed also said labor markets continued to improve, though with unemployment expected to be slightly higher at the end of the year than previously forecast in March. Inflation remains low but is expected to gradually rise to its 2 percent target over the medium term, the Fed said.

Still, the statement and forecasts keep the Fed on track to raise rates once or twice over its four remaining policy-setting meetings in 2015.

Fed policymakers maintained the current near-zero rate for now and said a hike would only be appropriate after further improvement in the labor market and greater confidence that inflation would rise.

“Economic activity has been expanding moderately,” the Fed said in its policy statement following a two-day meeting. “The pace of job gains picked up while the unemployment rate remained steady. On balance, a range of labor market indicators suggests that underutilization of labor resources diminished somewhat.”

In their projections, Fed officials lowered expectations for GDP growth in 2015 after accounting for a weak start to the year. It was the second time since December that the central bank has downgraded its GDP forecast for this year.

In March, Fed policymakers had projected the economy to grow between 2.3 percent and 2.7 percent this year.

But 15 of 17 Fed policymakers still indicated the first rate hike should take place this year, no change from their previous set of predictions.

More significantly, policymakers’ individual projections for the appropriate federal funds rate at year’s end remained clustered around 0.625 percent. However, seven policymakers are now in favor of hiking rates only once or not all this year. In addition, Fed officials see slightly lower rates at the end of 2016 and 2017 than forecast in March.
[fortune-brightcove videoid=4180172959001]

With rates currently set at a range of between 0 percent and 0.25 percent, that would imply two quarter-point rate hikes between now and the end of the year, with many analysts predicting an initial hike in September.

The Fed meeting was the first since the depths of the 2007-2009 financial crisis in which the outcome was not constrained by “forward guidance,” the central bank’s open-ended commitment to keep rates low to counter the worst downturn since the Great Depression.