Amazon ponders crowdsourcing deliveries with ‘On My Way’ program 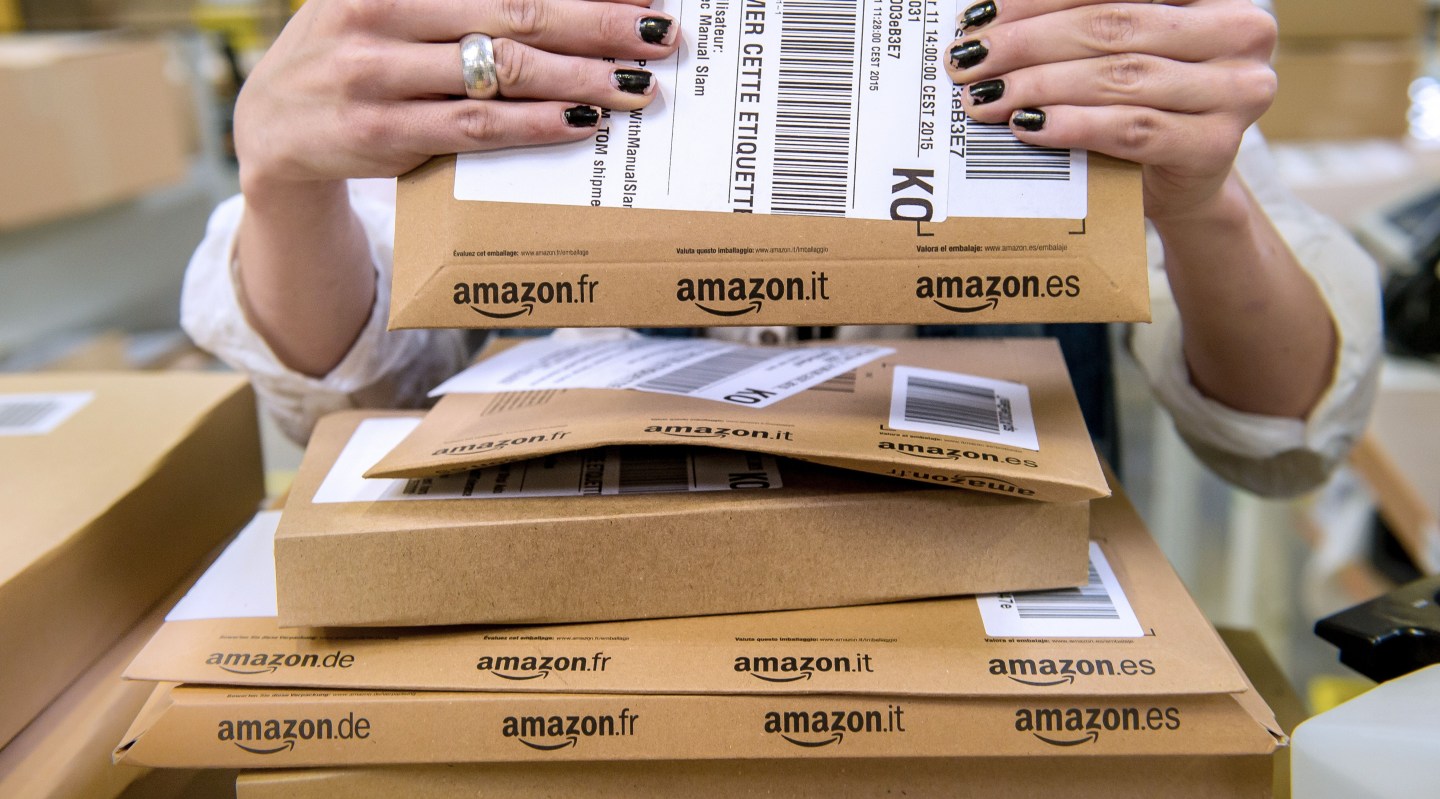 Amazon (AMZN) is considering enlisting everyday people to pick up and drop off packages for customers, according to The Wall Street Journal.

Sources say the new service, tentatively known as “On My Way,” would hire retailers in urban areas to store packages and pay regular people a small fee to make deliveries. Presumably, customers could pick up their own package and then grab other parcels to deliver to others at their convenience.

The initiative would certainly be a cheaper alternative to paying bike messengers, drone pilots, the United States Postal Service, or other international carriers, like FedEx and UPS.

As the WSJ points out, crowdsourced deliveries could be one way for the company to contain its rising labor costs. “Last year, Amazon’s shipping costs jumped by $2.07 billion to $8.7 billion, or 9.8 [percent] of sales, compared with 8.9 [percent] the year prior.”

The newly proposed service isn’t the company’s first time experimenting with alternative shipping methods. In the past, Amazon has hired Uber drivers to deliver packages, and rented out lockers in 7-11s, parking garages, and retail stores where customers can pick up and drop off goods.

Meanwhile, UPS currently rents out space from small retailers in New York and Chicago, paying them a per-item fee to hold on to packages until customers retrieve them. Wal-Mart, which is set to test a new service this summer that will compete with Amazon Prime, tried a similar crowdsourcing system in 2013. The program included giving in-store customers discounts on their bills if they signed up to deliver online purchases on their way home.

Of course, making “On My Way” feasible would mean implementing accountability safeguards to prevent theft, damage, or carelessness. Company officials would have to figure out a fair system for assigning blame and penalties in the event that a package is lost or damaged (not to mention keeping customers honest about these issues), and come up with contingency plans in case the crowdsourced delivery person can’t complete the delivery.

Amazon would also have to offer up insurance plans, find ways to protect customer privacy and, most importantly, vet potential carriers for criminal records. After all, people may trust a postal worker to care for their mail, but how many would feel comfortable with a complete stranger overseeing their packages.

Still, once the kinks are hammered out, this new service could be a great idea. A March 2015 article from Tech.co highlighted a number of crowdsourced delivery companies that use various safeguards to prevent theft and ensure packages are delivered on time. One firm called Entrusters monitors all communication between the carrier and customer (with payment withheld until deliveries are completed), while tech startup Shipizy covers all parties’ insurance and emphasizes secure transactions and user verification.

Another service called Zipments vets couriers and provides their identification to customers before delivery. Customers can also contact the courier directly via call or text, and request specific delivery people for future orders.

Overall, Amazon’s plan sounds like a risky idea, yet one that will happen inevitably one day when someone figures out a way to eliminate personal risks and financial losses. Given Amazon’s recent bold moves, don’t be surprised if this program launches in a city near you.