VMware eyes revival with push into a hot business 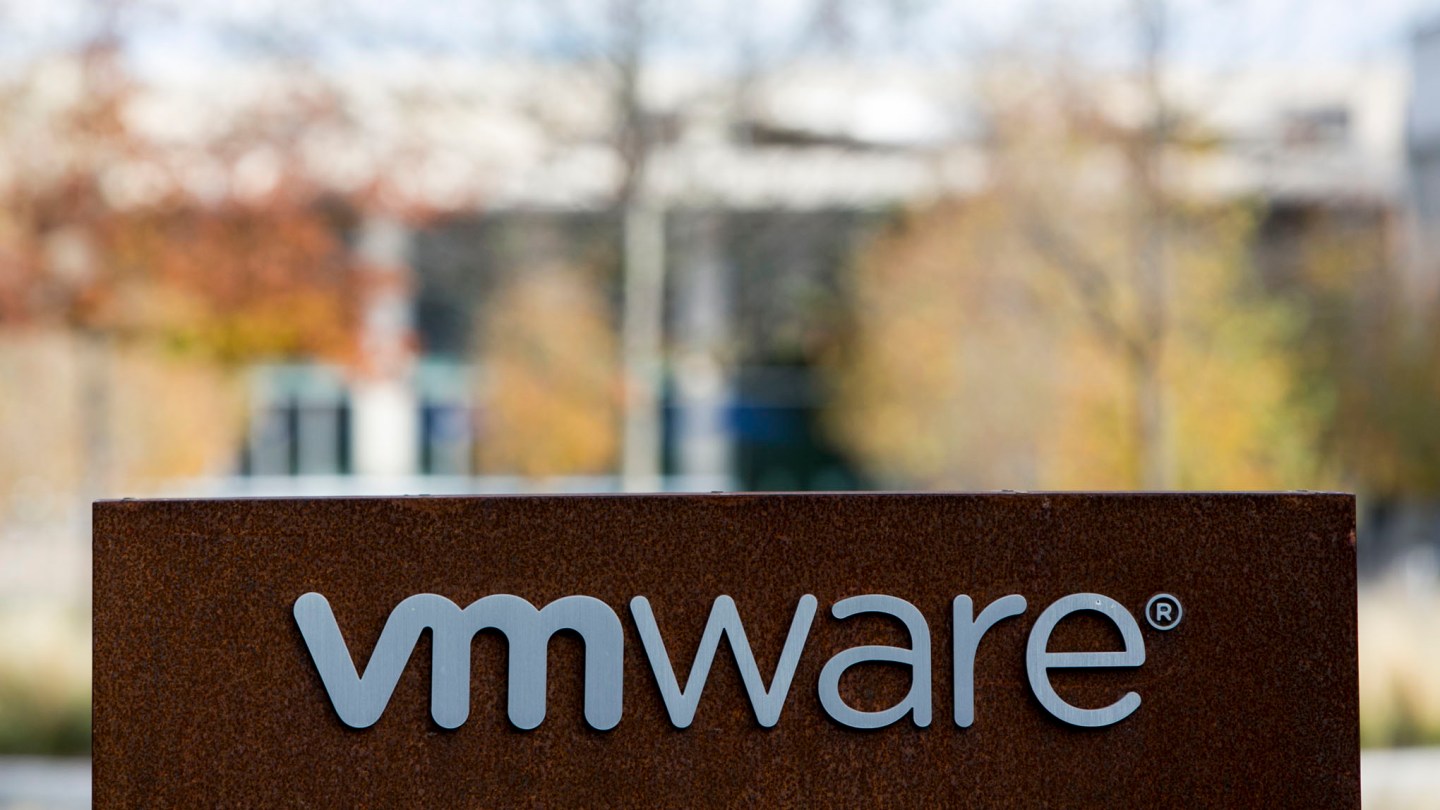 Eight years ago, a Silicon Valley company called VMware was the toast of Wall Street. Analysts were calling the company’s 2007 IPO a major success after its shares more than doubled during their first day of trading.

VMware, which was acquired by enterprise storage giant EMC in 2004 for $625 million and then spun out as a quasi-independent company, ended the day with a lofty market value of $19.1 billion. Tech insiders whispered about the business tech upstart much like they had about Google, shortly after its blockbuster IPO three years earlier.

But fast forward to today, and VMware (VMW) is trying to recapture the excitement of its go-go days. The company’s stock price has hovered at around $85 dollars per share for years, excluding the big dip they took during the global financial crisis.

VMware is pinning its revival on a new business that is far from its roots in data center technology. The goal: dominate what’s known as business mobility.

On Monday evening, VMware unveiled the initiative, which revolves around helping employees work on mobile devices outside the office. No longer would they need to be tethered to their desks to do their jobs.

VMware thinks it can capitalize on the rise of more employees working remotely by creating new products that help companies manage mobile employees as well as create mobile applications.

Although many companies use virtualization in their data centers, the wonky tech doesn’t create a lot of buzz today. Instead, these days, tech companies are focused on the “cloud” and “mobile.”

That’s partly why VMware wants to make in roads into the mobile space, explained Sanjay Poonen, VMware’s general manager who is focused on the mobile push. To drive more revenue to the company, VMware is branching out to other areas beyond just virtualization, which Poonen explained is an easier sell to rank and file corporate IT staff than their boss, the chief information officer.

“To get the CIO, you need to talk the cloud and mobility,” said Poonen. “That get’s their eyes.”

For the fiscal year ending 2014, VMware had just over $6 billion in revenue. Poonen said the company wants to eventually hit $10 billion in sales with the help of its new mobile business, but he gave no time frame for that goal.

Historically, VMware didn’t care too much about mobile, which Poonen described as the company’s “red-haired stepchild.” Over the past few years, however VMware started to recognize that more businesses were talking about the rise of a mobile workforce. Company executives felt if they wanted to grow the company’s overall business, they shouldn’t just sit on the sidelines and let industry stalwarts like Citrix (CTXS) or startups like Ping Identity or Okta rule supreme in business mobility.

The biggest investment VMware made into the space was the $1.2 billion acquisition of the enterprise mobility company AirWatch in January 2014. Ever since then, Poonen said the company has been doubling down in the business line and has created a specialized sales staff that is separate from the one focused on data centers.

Indeed, one of VMware’s biggest challenges is convincing potential customers to look beyond its data center technology and consider buying one of its new mobile business products, explained analyst Eric Klein, director of mobile software at VDC Research. Although the AirWatch acquisition has helped VMware, the company “still has some work cut out for them” making a name for itself in the space, he said.

Besides Citrix and a host of startups, Klein mentioned Microsoft (MSFT) and IBM (IBM) as big rivals in mobility. Still, the market is too young for any company to already dominate, Klein said.

Poonen added that the market is only in the “second or third inning,” and that it bought AirWatch to gain momentum and get a competitive advantage. Getting a sense of where the company stands is difficult because it doesn’t disclose sales from its existing mobile products. But what is clear is that VMware will need some major success to achieve that $10 billion revenue goal.

VMware has also tried to enter the extremely competitive cloud computing market that is dominated by Amazon, Microsoft, and Google. Details about how that business line is doing is scant, but analysts say that the company has only a fraction of the market compared with the bigger public cloud providers.

Additionally, VMWare’s core virtualization business is facing a threat from a fast-rising startup called Docker. Docker’s core technology, known as a container, is also a type of virtualization. Containers supposedly require fewer resources than virtual machines while taking on the same type of data center tasks. Essentially, you get more bang for your buck if you use a container instead of a virtual machine, VMware’s bread and butter product.

When asked if VMware’s new business lineup was created to offset any projected losses from businesses switching to containers, Poonen agreed. He also added OpenStack, an open-source cloud-computing consortium that companies can use to build their own cloud data centers, to the list of potential challengers.

“There are existential threats to many parts of the VMware business,” Poonen said.

For more about data centers, watch the following Fortune video: