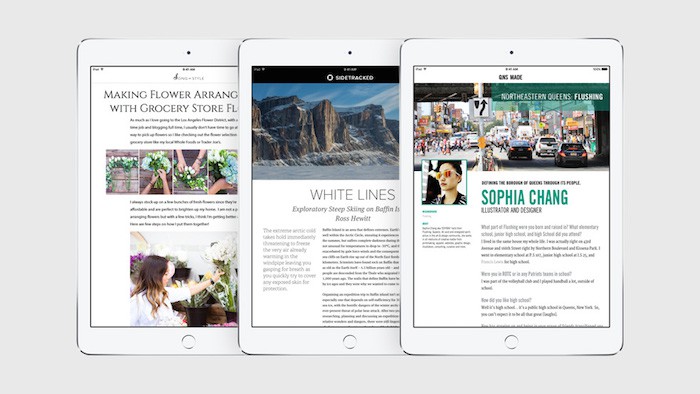 Apple will be turning to the human touch for curating content in its newly-unveiled News app for iOS, according a job listing at the tech giant.

A week ago, at its annual developer conference in San Francisco, the company presented its new app that will take the place of Newsstand, and will focus on serving up content to users from publishers around the Web based on their interests, although it offered little about how it planned to do this. Now, based on this job listing first spotted by 9to5Mac, we’re getting a better idea.

Based on the listing, it looks like Apple’s service will use algorithms to filter breaking news, but will use people to dig up original and long-form content algorithms would likely miss. Human editors will also come in handy for certain areas of interest, where subject matter expertise is key in finding and evaluating high-quality stories tailored to that particular audience.

More: Read about Apple in the new Fortune 500

While the upsides of using human curators are obvious, there’s also potential downsides to letting Apple control what news and content its users see — most of whom likely won’t realize the service could introduce bias. One of the editor’s duties is to cultivate and maintain relationships with publishers, a behind-the-scenes set of relationships that could involve business interests not apparent to users.

Human curation of news is not a new idea, of course. Techmeme, Flipboard, Reddit, Digg, and others have long provided their own versions of it, be it through in-house editors, user-generated curation, or popular support for certain stories.