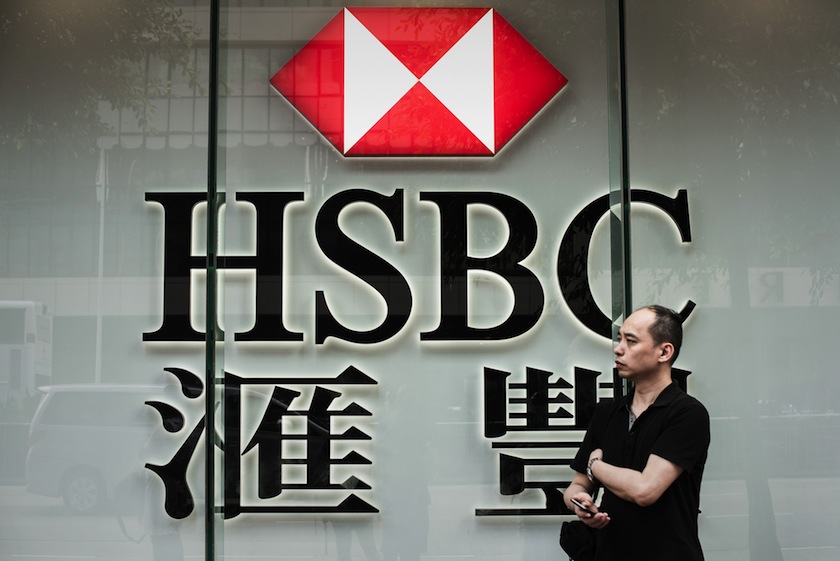 HSBC is returning to its roots. The Hong Kong and Shanghai Banking Corporation took its first name from its home of 127 years, Hong Kong. It moved to London in 1992 when it purchased the UK’s Midland Bank. Now, after decades of going global, growing a commercial, consumer, and investment banking network across Europe, the U.S., and South America, HSBC (HSBC) is downsizing its ambitions and planning a giant “pivot” back to Asia. A sign of just how ardently Europe’s largest bank is pursuing its Asia strategy: HSBC is studying whether to move its 44-story headquarters in London’s Canary Wharf back to where it all started, Hong Kong.

On June 9, HSBC unveiled its new plan in over 150 pages of presentations that dissected each of its businesses in extraordinary detail and provided forecasts on what would grow and shrink. The bank’s CEO, Stuart Gulliver, and his lieutenants guided analysts through the data in a 4 hour and 41 minute conference call.

Gulliver wants to reverse the slide in HSBC’s profitability; it’s clear that the bank is no longer earning its costs of capital. In 2014, its return-on-equity stood at 8.5%, down from 11.7% in 2010. Gulliver blamed the drop on a variety of special factors: extremely slender interest rates, $11 billion in fines and litigation costs, mostly a legacy of the financial crisis, and a UK banking tax that last year cost $1.1 billion, a major motivator for leaving Britain.

HSBC has performed poorly primarily in recent years because of the cost-laden, slow-growing franchises it operates practically everywhere outside of Asia. Put simply, Gulliver plans to shrink and sell businesses in most of the other markets, and use the extra funds to grow where he sees the future, notably mainland China.

Gulliver’s strategy calls for freeing up between $180 billion and $230 billion in “risk weighted” capital that’s currently backing unprofitable ventures––that’s dollars on the balance sheet marked up or down to reflect the riskiness of the businesses the bank supports. Gulliver pledges to sell HSBC’s franchises in Turkey and Brazil, and severely shrink the investment bank. The exit from those two nations will reduce HSBC’s workforce by 22,000, and Gulliver plans to lay off another 25,000 workers in other poorly performing markets.

Gulliver’s blueprint calls for using the extra funds to propel a big expansion in Asia. The plan also calls for hiring 25,000 workers, about the number HSBC is axing elsewhere, to support the campaign. The idea appears to make terrific sense. Perhaps the biggest revelation from the June 9 presentation is how heavily HSBC, despite its reputation as a global bank, relies on Asia––and how badly it’s faring most other places.

Let’s start with the rest of the world. In 2014, Europe held 30% of HSBC’s assets and generated a piddling 3% of pre-tax profits. For North America, the figures are only slightly better: 8% of profits on 18% of total revenues. Nor are things improving: Revenues are flat in both the U.S. and Europe.

By contrast, HSBC has 40% of its assets in Asia and last year garnered 36% of its revenues from the region. Yet Asia accounted for 78% of its pre-tax profits. It’s also the bank’s only major growth market, expanding at around 7% annually.

Gulliver’s plan does have one potential flaw: HSBC is a colossus in Hong Kong and a pygmy where it’s pledging to exploit what it’s targeted as the market of the future, mainland China. HSBC not only operates a giant financial services network in Hong Kong, it holds a majority of a leading local lender, Hang Seng bank (also owner of the famous stock index). Between them, the two banks hold 25% of all loans in Hong Kong and 30% of deposits, totaling a staggering $380 billion. Hong Kong generated around $7.1 billion in profits in 2014, almost 40% of HSBC’s total, and a like share of revenues.

On the mainland, however, HSBC’s scale shrinks dramatically. It has fewer than 200 branches in mainland China, less than one-fifth of what it has in Britain. Its deposit base in China is a mere $43 billion. HSBC did manage to book almost $3 billion in profits from mainland China last year, but two-thirds flowed from its stake in Bank of Communications, the nation’s fifth-largest lender.

Still, HSBC is counting on the mainland as its big profit engine. It’s concentrating on Guangdong province, the booming industrial area across the Shenzhen Bay from Hong Kong. Its GDP of $1.1 trillion exceeds that of Indonesia. An HSBC study predicts that Guangdong will become the world’s biggest banking market by 2025, supplanting Tokyo and boasting $185 billion in annual revenues, more than twice the projection for New York.

The Guangdong market holds tremendous promise. Indeed, Chinese banks have been thriving there for years. The question is whether China will open this market to foreign banks––or open it enough to allow the kind of growth HSBC anticipates. It hasn’t so far.

Chinese authorities must review and approve all applications for opening new bank branches, and the process can take years. In exchange for granting permission, the Chinese government often requires banks to serve remote areas, which hurts profitability. The government also limits the amount of annual funding that a parent bank can send its Chinese unit, limiting the ability to build new branches, install information systems, and hire workers.

Nevertheless, HSBC seems convinced that Guangdong’s economy will keep growing rapidly, even if China keeps slowing, and that the region won’t suffer from any lending curbs that the Chinese government puts in place. In its presentation, HSBC put forward towering plans to furnish mortgages, credit cards, insurance products, and asset management services to the factory workers and executives in Guangdong.

But mainland China isn’t Hong Kong. Growing there is hard, really hard. HSBC’s future success depends on reprising its success in its once and perhaps future home.